Accessibility links
The Art Of Being A Neighbor A few years ago, Eve Birch was broke and living alone in a dilapidated mountain shack. But a community of people befriended her, shared what little they had with her and showed Birch the value of neighbors uniting to help one another. 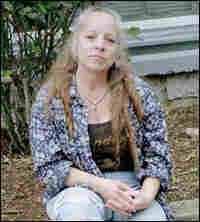 Eve Birch is a librarian in Martinsburg, W.Va., where she also runs a small remodeling business that provides day work for neighbors in need. Two stories Birch wrote about her life in a shack are featured in the anthology The Green Rolling Hills. Photo Courtesy Eve Birch hide caption 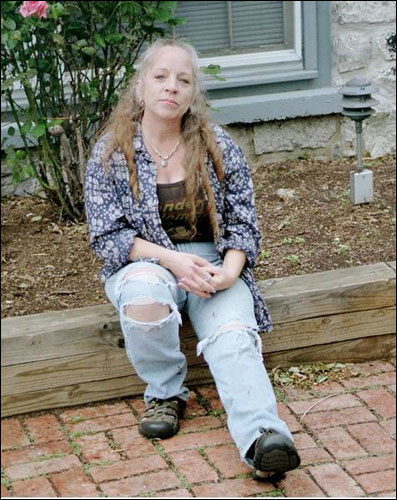 Eve Birch is a librarian in Martinsburg, W.Va., where she also runs a small remodeling business that provides day work for neighbors in need. Two stories Birch wrote about her life in a shack are featured in the anthology The Green Rolling Hills.

I used to believe in the American dream that meant a job, a mortgage, cable, credit, warranties, success. I wanted it and worked toward it like everyone else, all of us separately chasing the same thing.

One year, through a series of unhappy events, it all fell apart. I found myself homeless and alone. I had my truck and $56.

I scoured the countryside for someplace I could rent for the cheapest possible amount. I came upon a shack in an isolated hollow, four miles up a winding mountain road over the Potomac River in West Virginia.

It was abandoned, full of broken glass and rubbish. When I pried off the plywood over a window and climbed in, I found something I could put my hands to. I hadn't been alone for 25 years. I was scared, but I hoped the hard work would distract and heal me.

I found the owner and rented the place for $50 a month. I took a bedroll, a broom, rope, a gun and cooking gear, and cleared a corner to camp in while I worked.

The locals knew nothing about me. But slowly, they started teaching me the art of being a neighbor. They dropped off blankets, candles, tools and canned deer meat, and they began sticking around to chat. They'd ask if I wanted to meet cousin Albie or go fishing, maybe get drunk some night. They started to teach me a belief in a different American dream — not the one of individual achievement but one of neighborliness.

Men would stop by with wild berries, ice cream, truck parts and bullets to see if I was up for courting. I wasn't, but they were civil anyway. The women on that mountain worked harder than any I'd ever met. They taught me the value of a whetstone to sharpen my knives, how to store food in the creek and keep it cold and safe. I learned to keep enough for an extra plate for company.

What I had believed in, all those things I thought were the necessary accouterments for a civilized life, were nonexistent in this place. Up on the mountain, my most valuable possessions were my relationships with my neighbors.

After four years in that hollow, I moved back into town. I saw that a lot of people were having a really hard time, losing their jobs and homes. With the help of a real estate broker I chatted up at the grocery store, I managed to rent a big enough house to take in a handful of people.

It's four of us now, but over time I've had nine come in and move on to other places from here. We'd all be in shelters if we hadn't banded together.

The American dream I believe in now is a shared one. It's not so much about what I can get for myself; it's about how we can all get by together.