Accessibility links
Bunnies In Film: Lettuce Now Praise Famous Rabbits The Easter Bunny's cousins are at your local video store, and over the years they've been multiplying like … well, like rabbits. NPR's Bob Mondello rounds up his favorites for your Easter-weekend watching pleasure. 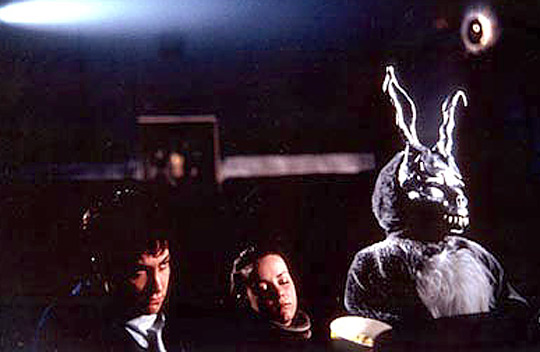 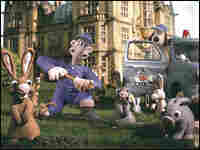 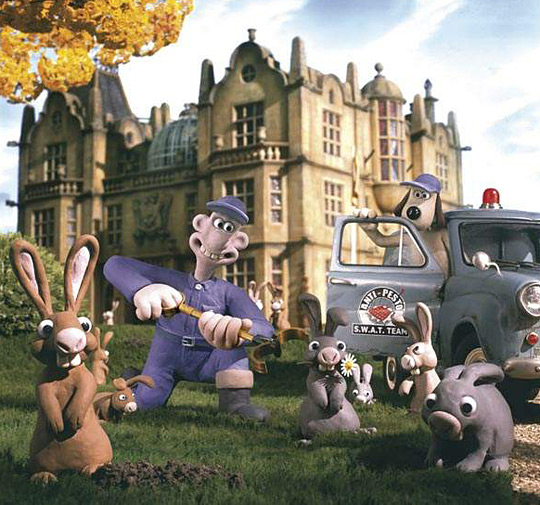 Wallace takes aim at seemingly adorable pests in Wallace & Gromit: The Curse of the Were-Rabbit.

The eggs are all cracked, the chocolate unwrapped, and now you're wondering how to spend the rest of Easter weekend, right?

How about in the company of the Easter Bunny's cinematic cousins? They're as close as your local video store — or your Netflix queue, or maybe even Hulu.com — and over the years they've been multiplying like ... well, like bunnies.

A few of my favorites (hop to the comments to share yours):

• Harvey — No one's ever had a better drinking buddy than Jimmy Stewart had in this stage-classic-turned-film-classic. But he sure gets in a lot of trouble when he tells people that the buddy is a 6-foot-tall invisible rabbit.

• What's Opera, Doc? — That wascally wabbit made hundreds of cartoons, none wittier than this inspired takeoff on Wagner. ("Oh Bwunhilde, you'w so wuvwy!" .... indeed.)

• Monty Python and the Holy Grail — King Arthur and his men breach the walls of a French castle by employing the old Trojan Rabbit trick. Alas, they forget to get inside.

• Who Framed Roger Rabbit? — The first film to seamlessly integrate animated characters with live-action is still a hoot. And Jessica Rabbit is still seriously hot.

• Wallace & Gromit: The Curse of the Were-Rabbit — Our stop-action heroes are called in to rid a fabulous estate of pestiferous bunnies — lots of them.

• Bambi — The Disney classic should really have been called Bambi and Thumper. No idea why that adorable little furball didn't hold out for shared billing.

• Fatal Attraction — A little girl's pet bunny, a pot of boiling water, a crazy Glenn Close. Not for the kiddies.

• Anything at Angryalien.com — Where dozens of film plots get reduced to 30 seconds and re-enacted by animated bunnies. Everything from Titanic to Star Wars to The Shining.