Accessibility links
Andras Schiff Surmounts Beethoven's Sonatas The thoughtful pianist describes the joys and pitfalls of spending the past few years playing all 32 of Beethoven's piano sonatas in chronological order in 20 cities around the world. Hear his final Los Angeles performance of the sonatas, at Walt Disney Hall. 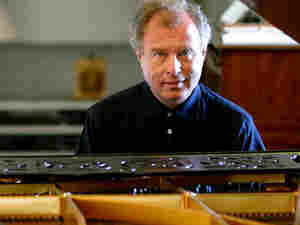 Andras Schiff is winding down a long run of Beethoven in which he's played all 32 piano sonatas in 20 cities around the world. Roberto Masotti hide caption

Hear Schiff In Concert At Walt Disney Hall In L.A.

Pianist Andras Schiff has immersed himself in Beethoven in a big way. He's performed all 32 of Beethoven's piano sonatas, in chronological order, in 20 cities around the world over the past few years. His Beethoven odyssey ends this month with concerts in Los Angeles; Ann Arbor, Mich.; and New York.

Seated at the piano, at Walt Disney Concert Hall in Los Angeles, Schiff talks with NPR's Robert Siegel about Beethoven and what he has discovered about the music and himself along the way. 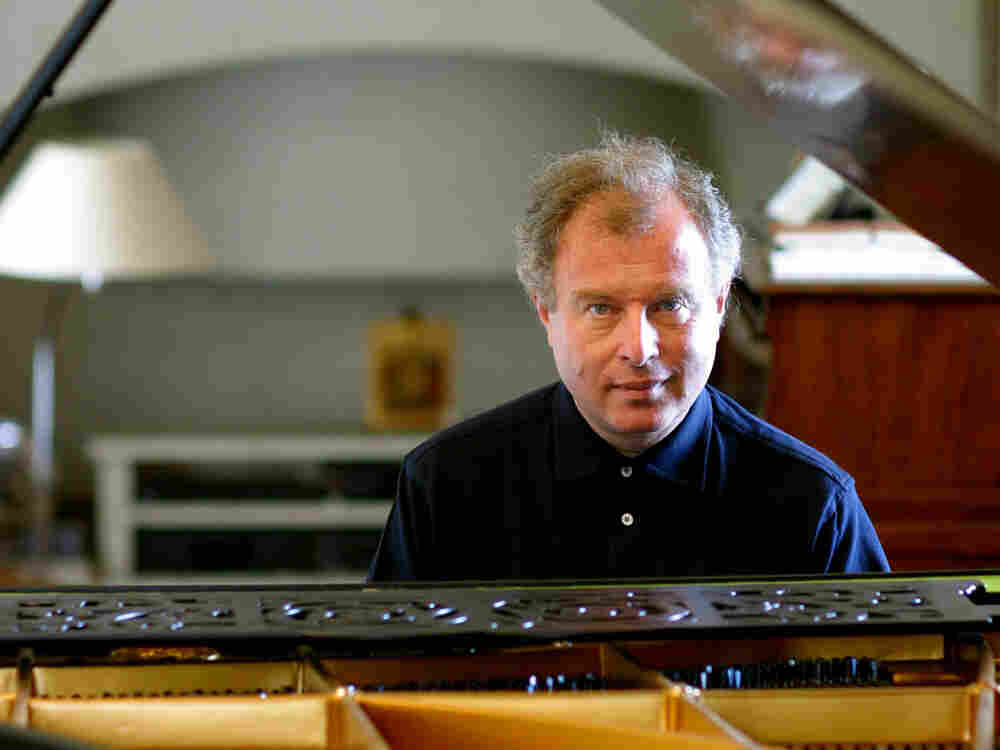 Listen to some of Andras Schiff's ideas about the the piano and its music.

A Collection Of Illusions

Don't Get Too Spoiled?

Pianist Andras Schiff plays a tremendous range of music, but he likes to focus on one composer at a time. He's gone through serious obsessions with Schubert, Schumann, Haydn and Bartok, as well as major bouts of Bach and Mozart, documenting the results on dozens of CDs over the course of a 35-year career.

Lately, it's been Beethoven. Schiff has been performing all 32 of Beethoven's piano sonatas in chronological order in various American venues, including San Francisco; Ann Arbor, Mich.; New York; and Los Angeles' Walt Disney Concert Hall, where this live webcast took place. Schiff also played the complete set in 15 European cities. At the Zurich concerts, the sonatas were recorded and released on the ECM label.

Whenever another round of Beethoven sonatas appears, an inevitable question arises: Why play and record them again, when so many others have done so already?

In pondering his own complete set of Beethoven sonatas, pianist Russell Sherman described the mere idea of recording yet another cycle as awkward. He wrote that there are only two possible reasons to do it: "Vanity, or the conviction that one may contribute unprecedented insights and discoveries — which is vanity squared."

Schiff's attitude is a little more practical. In a conversation with Martin Meyer, he spoke about all the "secrets and challenges" that still lie hidden in the sonatas — and that today, 187 years after the last one was written, the music remains vital.

"The sonatas have lost none of their relevance and freshness," Schiff says. "Mind you, they constantly have to be interpreted with renewed vigor — or, to put it more precisely, the individual character has to be grasped."

Beethoven By The Numbers

Schiff chose to present all 32 sonatas — some 11 hours of music — in chronological order. From the Haydn-inspired opening group of three sonatas (1794) to the heroic "Waldstein" (1804) to the concentrated final works (1821), Beethoven's sonatas span his entire career.

"With Beethoven, it seems important to me to show the encyclopedic logic of his development, and that's only possible in a chronological reflection of the creative process," Schiff says. "As far as the first three sonatas are concerned, what's immediately striking from an objective point of view is their unprecedented brilliance. In them, we hear the virtuoso presenting himself to the public."

Schiff Talks With Robert Siegel On Music And Politics

As Beethoven grew more and more deaf, he seemed to turn increasingly inward, and many of his final works reflect his isolationist mood. Pianist and scholar Charles Rosen notes that the last piano sonatas "needed a much longer time to enter into the mainstream of musical influence," taking almost a century, he says, to reach the level of popularity afforded to earlier sonatas like the "Waldstein."

"They are deeply serious works," Rosen writes, "but they do not seem to have, at first hearing, the forthright moral earnestness of the sonatas from the 'Pathetique' to 'Les Adieux,' largely because they make few concessions to the listener. Understanding them, taking pleasure in hearing them, requires an active participation from the listener never demanded before from the piano sonata."

Schiff would agree. He says that Beethoven's final three sonatas are very specific creations, each different from one another and from what came before.

"Both on the analytical and the emotional plane," Schiff says, "we can hear that the composer once again conceived of creating something extraordinary, and did indeed create it."

For Schiff, the most extraordinary music comes in the hymnlike set of variations serving as the final movement of the Sonata No. 30 in E major.

"If I had to name my favorite movement in all 32 sonatas, it would be this one," Schiff says. "It has been that way since my childhood. The theme itself has the aspect of a saraband, or a solemn dance.

"One can only marvel at the way [his] life's work continually fans out into different constellations," he says. "From the Op. 2 sonatas onwards, we find an enormous variety of character — passion side by side with lyrical relaxation, concert pieces side by side with more capricious compositions. Soon, the radius of the instrument becomes too narrow for him, so that his purely pianistic style of writing is broadened towards the direction of orchestral colors."

Schiff started piano lessons at the age of 5, and made his formal debut just four years later. At 14, he continued his studies at the Franz Liszt Academy, in his native Budapest with composer-pianist Gyorgy Kurtag, and in London with George Malcolm.

In the early 1970s, Schiff launched his career with prize-winning performances at both the Tchaikovsky and Leeds competitions. He was first heard in the U.S. in 1978 as a soloist with the Franz Liszt Chamber Orchestra at Carnegie Hall. Since then, he's given recitals around the world and performed with many leading orchestras.

In 1999, Schiff founded his own chamber orchestra, the Cappella Andrea Barca, specifically to perform the complete set of Mozart's piano concertos. He's also a devoted chamber musician, and for 10 seasons directed the Musiktage Mondsee chamber music festival near Salzburg, Austria.