Accessibility links
From Iran, A Parable Of Faith Lost (And Found) Iranian filmmakers are among world cinema's finest, yet only one — Majid Majidi — has ever been in the running for an Oscar. Majidi's latest film, Song of Sparrows, follows a hapless ostrich wrangler forced to venture into Tehran. 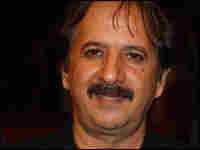 Majid Majidi is the only Iranian filmmaker every nominated for an Academy Award. Gareth Cattermole/Getty Images hide caption 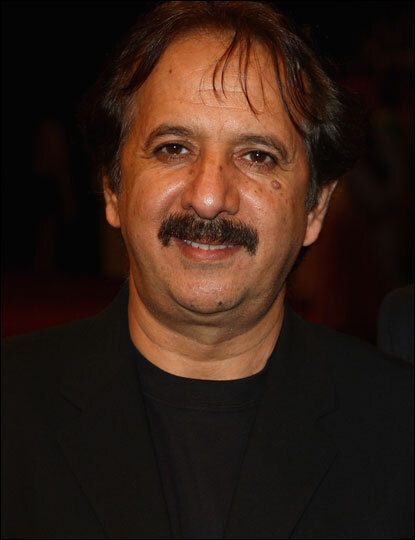 Majid Majidi is the only Iranian filmmaker every nominated for an Academy Award. 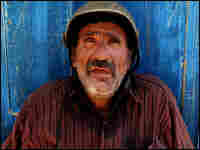 The only professional actor featured in Song of Sparrows, Reza Naji won the best actor award at the Berlin Film Festival.

Watch Clips From 'Song Of Sparrows'

Although Iran boasts a hundred years of filmmaking history — not to mention some of world cinema's greatest directorial names — Majid Majidi is the only Iranian filmmaker ever nominated for an Oscar. (Cinephiles howled when his enchanting Children of Heaven lost to Roberto Benigni's mawkish Life Is Beautiful in 1997.)

Majidi's newest film, Song of Sparrows, is much like his earlier U.S. successes, Children of Heaven and The Color of Paradise. Accessible and sentimental, it's a family story making great use of adorable children and nonprofessional actors.

Song of Sparrows follows a hapless ostrich wrangler named Karim who loses his job just when his deaf daughter needs a new hearing aid. Off he goes to Tehran to try to buy her a new one, only to find himself traveling constantly through the hot, hellish city where he begins work as a cab driver.

Karim loses touch with nature, his family and village, and it takes an accident to restore spiritual order to his life. (Reza Naji won best actor at the Berlin Film Festival for his nuanced, sympathetic performance as Karim.)

The film was produced in part by the Iranian version of the Environmental Protection Agency, and the gorgeous shots of the vast Iranian countryside are only part of the movie's strong environmental message.

Hamid Dabashi, a Columbia University professor and author of Masters and Masterpieces of Iranian Cinema, says Majidi uses his camera to reclaim values important to him — environmentalism and faith, among others — in a post-Revolutionary regime.

"The Islamic Republic has robbed people of their Islam, of the soul of their faith in the body politic," Dabashi says. "So filmmakers like Majidi are, in fact, searching for something lost in the midst of a religious revolution — namely, what one might call their maternal faith, trampled under paternal fanaticism."

Dabashi thinks Song of Sparrows is an expression of faith that's mystical and deeply humanistic, not political. It's about the big questions, he says — losing your vocation, restoring your soul.