Accessibility links
Why George Frideric Handel Still Matters April 14 marks the 250th anniversary of the composer's death. In honor of the occasion, two preeminent Handel musicians explain why the music remains as popular as ever with both performers and audiences. 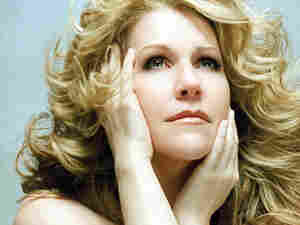 One of the giants of Western music died 250 years ago Tuesday. George Frideric Handel, for his time, lived a good, long life. He was 74.

Handel has been called the first classical music superstar. His operas, oratorios and instrumental music were the toast of London for more than 30 years. And over the past two and a half centuries, interest in Handel has never waned — not for audiences or for musicians like Nicholas McGegan, who conducts Handel's music throughout the world and directs the International Handel Festival in Gottingen, Germany.

"Handel obviously writes wonderful melodies — memorable, singable tunes," McGegan says. "He also writes incredibly grand music, grander than almost anybody else's. And in the operas and oratorios, he has a great insight into human emotions of all kinds, from deepest despair to the highest joy. He really is a poet of the human heart, through music."

The flood of Handel recordings just keeps flowing — from favorites like Water Music, to the lesser-knowns like the oratorio La Resurrezione. The past couple of years have seen all-Handel recital records by veteran and emerging opera singers such as Danielle de Niese, Renee Fleming, Mark Padmore, Ian Bostridge, Magdalena Kozena, Marijana Mijanovic and Rolando Villazon. The American mezzo-soprano Joyce DiDonato released her own CD in January.

"I have learned more artistically, and even as a human being, I've learned more from performing Handel's music, probably more than any other composer," DiDonato says.

Her new recording, called Furore, focuses on arias from operas and oratorios where Handel's characters experience flights of fury and tragedy.

"As advanced as we like to think we are, we still succumb to jealousy, rage and euphoria," DiDonato says. "We're humans, and I think we have so much to learn by having the chance to explore these vivid, amazing characters. I think there's a truth in this music, and that's why it still speaks to us."