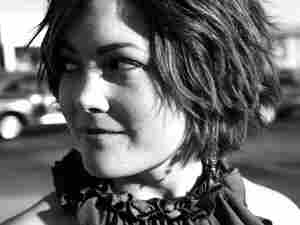 Sara Watkins has had a lot to do with the resurgence of bluegrass-inspired popular music. As a member of the Grammy-winning progressive-acoustic trio Nickel Creek, Watkins, a fiddler, along with Chris Thile and her brother Sean, helped introduce finger-picked jams to fans who had never given mandolins a second thought. A combination of impeccable string-plucking and endearing vocals has indisputably given Nickel Creek a long-term place in the mainstream.

Now striking out on her own with a solo album produced by Led Zeppelin's John Paul Jones, Watkins is putting her own talents on display, with just the right amount of backup. In "Long Hot Summer Days," a cover of a tune by the late John Hartford, Watkins is supported by bass, drums, electric guitar, Dobro and harmony vocals, but her fiddling mastery and perfectly pitched voice are the real stars. At 27, Watkins brings refreshing youth and innocence to a song sung from the perspective of a grizzled barge-worker: Only "a fruit jar full of iced tea" and "a half a day off with pay" provide relief to a lingering heat wave. The track may be a cover, but Watkins makes it her own — a skill she easily applies to her entire genre of choice.