Accessibility links
Publishers Gamble On Blockbuster Book Deals Multimillion-dollar book advances have been around for a long time, but can the publishing industry really afford to offer high-risk advances? And do Tina Fey and Kathy Griffin merit seven-figure deals? 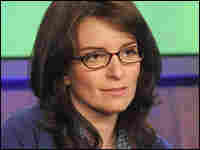 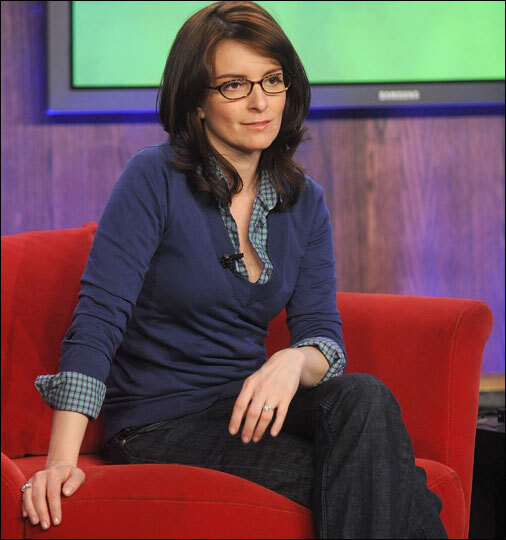 Tina Fey, shown above at the 2008 Tribeca Film Festival, reportedly landed a book contract worth close to $6 million. 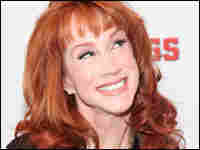 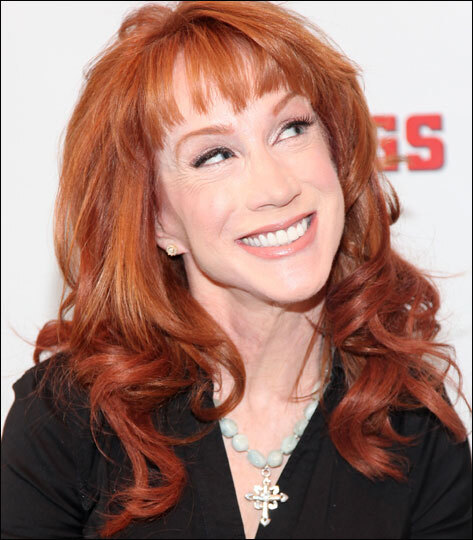 Blockbuster book deals have been around for a long time; well-known politicians and big players in the business world regularly pull in millions of dollars for their books, and recently, comedians Tina Fey, Sarah Silverman and Kathy Griffin scored seven-figure book deals, with Fey topping the list at close to $6 million.

But given the current economic climate, some have been questioning whether such big advances make sense. Carol Schneider, the head of public relations for the Random House Publishing Group, has been around long enough to remember when a seven-figure book deal was a big deal. But, she says, no one at Random House blinked when comedian Kathy Griffin reportedly landed a $2 million deal with one of its imprints, Ballantine Books. Actually, it was quite the opposite:

"Everyone was very excited," says Schneider. "[Griffin] has great name recognition, and she hasn't done a book before, and she has a great title, which is Official Book Club Selection."

Schneider says publishers need blockbuster books — and they are willing to spend money to make money, even in this tough economy.

Authors who earn the really big bucks — like John Grisham or James Patterson — are considered pretty close to a sure thing. They can deliver a book and an audience on a regular basis. But celebrity books are a bigger risk, and literary novels are the most unpredictable.

Well-known literary authors can tank at the bookstore, while unknowns — like Sara Gruen — can have an unexpected hit. After Gruen's novel Water for Elephants sold millions of copies, the bidding went sky-high for her next book. Eventually, she got around $5 million in a two-book deal.

Chuck Adams, the executive editor of Water for Elephants publisher Algonquin Books, says he had to drop out of the auction because "there was so much money thrown at [Gruen]."

Adams describes book auctions as very competitive events, where the price of a book can be driven up easily in the heat of the moment.

"You really want a book, and then you get into the auction and you think, 'Ok, I've reached my top, but maybe if I just go a little bit higher,' " says Adams. "The next thing you know, it just keeps escalating. And finally you just have to slap yourself and say, 'What am I doing?' "

Like Gruen, Audrey Niffenegger was an unknown when her novel The Time Traveler's Wife was published and became a best-seller. Niffenegger will reportedly receive $5 million for her next book — a figure her literary agent, Joseph Regal, neither confirms nor denies.

Though Regal is clearly happy with Niffenegger's deal, he's critical of the way the system works these days.

"It's great if you happen to reach a big audience as Audrey Niffenegger has, but there are a lot people left out," he says. "And it's very frustrating if you sell literary fiction, as I do, and you have a novel that you really love that you think is special, and you're met with 'This is really great, but we don't think we will sell any copies.' "

Regal says that when he started in the business 16 years ago, it was phenomenal for a book to sell 3 million copies. Now a book like The Da Vinci Code can sell 13 or 14 million in the U.S. alone, and everyone in publishing is hoping they can find the next Da Vinci Code or Harry Potter or Twilight.

"Finding a novel that you think might be [by] the next brand-name novelist is pretty tough," says Bob Miller, the president and publisher of HarperStudio. "The gamble has gotten very high. ... Out of every 20 of those that you make, you hope that one of them you'll be so right about that you will make up for the 19 you weren't right about."

Publishing has been always a gamble, and Miller says the fact that no one really knows what will take off is part of the fun. But he thinks that these days, the stakes are getting too high, with the publishers taking all the risks and writers getting paid whether the book sells or not. So HarperStudio is experimenting with doing business in a different way; they publish two books a month, with no advance higher than $100,000.

HarperStudio is owned by Harper Collins, which has many other imprints that are still making big deals. But even so, the HarperStudio experiment has caught the attention of the industry because publishing is in transition, and the high-risk, high-advance way of doing business is one of the things that may need to change.