Accessibility links
DM Stith: 'Morning Glory Cloud' The son of a band director and percussionist, David Michael Stith grew up surrounded by music. But he only recently began to write his own songs and freely admits that he still has a hard time considering himself a musician. His songs are complex, quirky, and inventive. 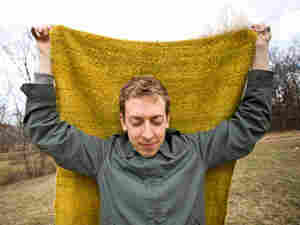 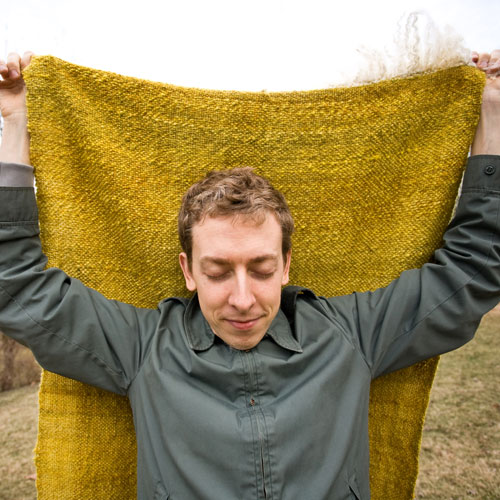 The son of a band director and percussionist, David Michael Stith grew up surrounded by music. But he only recently began to write his own songs and freely admits that he still has a hard time considering himself a musician. Though Stith's complex, quirky, and inventive songs seem well suited to Asthmatic Kitty Records, the name behind his latest album, Heavy Ghost, his relationship with the label started not with his music but with his art. A graphic design student at Indiana University, Stith designed the first two albums released by Asthmatic Kitty alum My Brightest Diamond.

According to DM Stith, many of the songs on Heavy Ghost came about by "accident." The choral arrangement in the latter part of "Pigs," for instance, was originally the beginning of an older track in Stith's library that just happened to play immediately following the unfinished version of "Pigs." Stith decided to combine the two. He also recorded the vocals of what later became the final song of his album, "Wig," in the middle of the night, after waking up from a "beautiful and cryptic dream" about his friend's mother and singing his recollections of the dream there on the spot before they were lost. "My favorite pieces on the record are the ones that showed up unexpected," Stith says.

Because he is constantly working from tight spaces and relies on impromptu additions to his musical compositions, Stith often incorporates found objects from his immediate surroundings into his recordings. Staplers, scissors, cans of coins, fans, pots and pans, and coffee mugs transform into a bizarre and wonderful source for percussion under his frenzied direction. The resulting music is multi-layered, rich, intense, and even eerie at times, but Stith says it was not his intention to necessarily make somber music. "To me," he says, "it's an album about experience and memory, and in the end is about granting yourself peace."