Accessibility links
Strunk And White's Venerable Writing Guide Is 50 In 1959, E.B. White published a revised copy of his former college professor's "little book" on writing. The Elements of Style, or "Strunk and White" as it's sometimes known, became an indispensable guide for writers. A new anniversary edition chronicles the making of a classic. 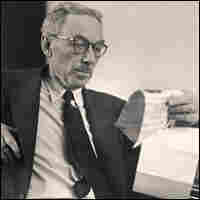 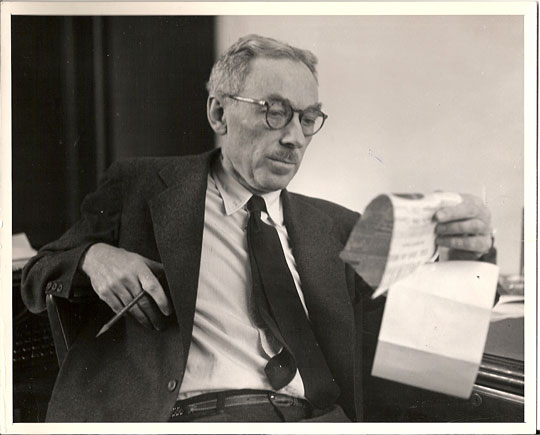 The Making Of A Classic

With this letter, Macmillan editor Jack Case sent E.B. White his first copy of the newly published Elements of Style: "Here it is — lean and clean and sound as a dollar, which is what it costs."

In this letter, E.B. White (signed "Andy") thanks Jack Case for sending photocopies of what was apparently Will Strunk's own copy of the original Elements of Style.

This telegram from California Book Co. (supplier to the Berkeley college bookstore) is an indicator of the book's early success. Placing an order for more copies, it ends with the words "Whole campus gone wild." 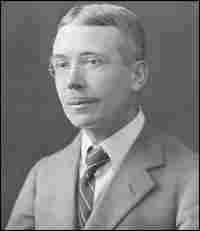 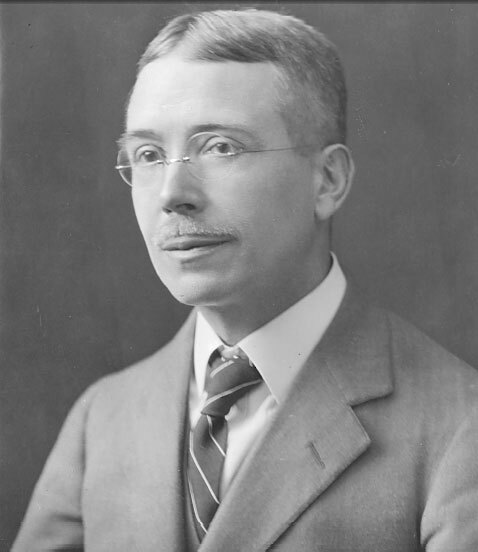 White wrote of William Strunk Jr., his former professor, "He was a memorable man, friendly and funny."

The Elements of Style, the definitive writing guide by E.B. White and William Strunk Jr., turns 50 on Thursday. To mark the anniversary, its publisher has released an elegantly bound, gold-embossed hardcover edition containing notes about the book's history.

In 1957, White, who wrote the children's classics Charlotte's Web and Stuart Little, rediscovered a brief guide to style by Strunk, his professor at Cornell University. White wrote an essay about it in the July 1957 issue of The New Yorker, introducing what would eventually become a bible for countless writers:

"The Elements of Style" was Will Strunk's parvum opus, his attempt to cut the vast tangle of English rhetoric down to size and write its rules and principles on the head of a pin. Will himself hung the title "little" on the book: he referred to it sardonically and with secret pride as "the little book," always giving the word "little" a special twist, as though he were putting a spin on a ball.

At the behest of an editor at the publisher Macmillan, White revised and expanded Strunk's "little book," which would go on to sell more than 10 million copies after its publication as The Elements of Style in 1959.

Barbara Wallraff, who writes about language, is among the fans of the guide that some refer to simply as "Strunk and White."

"There's a certain Zen quality to some of [the book's rules], like, 'Be clear,' " Wallraff tells NPR's Renee Montagne. "There's a lot being conveyed there in two words, in exactly how to do it. People will spend whole other books explaining [that]. Or, 'Omit needless words.' That's probably the most famous dictum from this book."

The new edition of The Elements of Style also includes a compilation of praise for the book from writers over the years. Wallraff's favorite remark is from Dorothy Parker, who reviewed the guide for Esquire magazine: "If you have any young friends who aspire to become writers, the second greatest favor you can do them is to present them with copies of The Elements of Style. The first greatest, of course, is to shoot them now, while they're happy."

Excerpts: 'The Elements of Style' 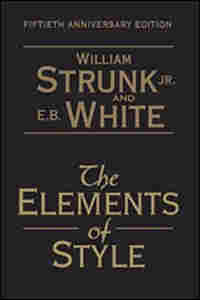 Below are two rules from Strunk and White's classic writing guide.

From the chapter An Approach to Style:

Clarity is not the prize in writing, nor is it always the principal mark of a good style. There are occasions when obscurity serves a literary yearning, if not a literary purpose, and there are writers whose mien is more overcast than clear. But since writing is communication, clarity can only be a virtue. And although there is no substitute for merit in writing, clarity comes closest to being one. Even to a writer who is being intentionally obscure or wild of tongue we can say, "Be obscure clearly! Be wild of tongue in a way we can understand!" Even to writers of market letters, telling us (but not telling us) which securities are promising, we can say, "Be cagey plainly! Be elliptical in a straightforward fashion!"

Clarity, clarity, clarity. When you become hopelessly mired in a sentence, it is best to start fresh; do not try to fight your way through against the terrible odds of syntax. Usually what is wrong is that the construction has become too involved at some point; the sentence needs to be broken apart and replaced by two or more shorter sentences.

Muddiness is not merely a disturber of prose, it is also a destroyer of life, of hope: death on the highway caused by a misplaced phrase in a well-intentioned letter, anguish of a traveler expecting to be met at a railroad station and not being met because of a slipshod telegram. Think of the tragedies that are rooted in ambiguity, and be clear! When you say something, make sure you have said it. The chances of your having said it are only fair.

From the chapter Elementary Principles of Composition:

Vigorous writing is concise. A sentence should contain no unnecessary words, a paragraph no unnecessary sentences, for the same reason that a drawing should have no unnecessary lines and a machine no unnecessary parts. This requires not that the writer make all sentences short, or avoid all detail and treat subjects only in outline, but that every word tell.

Many expressions in common use violate this principle.

there is no doubt but that  /  no doubt (doubtless)

in a hasty manner  /  hastily

this is a subject that  /  this subject

the reason why is that  /  because

The fact that is an especially debilitating expression. It should be revised out of every sentence in which it occurs.

owing to the fact that  /  since (because)

in spite of the fact that  /  though (although)

call your attention to the fact that  /  remind you (notify you)

the fact that he had not succeeded  /  his failure

the fact that I had arrived  /  my arrival

See also the words case, character, nature in Chapter IV. Who is, which was and the like are often superfluous.

A common way to fall into wordiness is to present a single complex idea, step by step, in a series of sentences that might to advantage be combined into one.

Macbeth was very ambitious. This led him to wish to become king of Scotland. The witches told him that this wish of his would come true. The king of Scotland at this time was Duncan. Encouraged by his wife, Macbeth murdered Duncan. He was thus enabled to succeed Duncan as king. (51 words)

Encouraged by his wife, Macbeth achieved his ambition and realized the prediction of the witches by murdering Duncan and becoming king of Scotland in his place. (26 words) 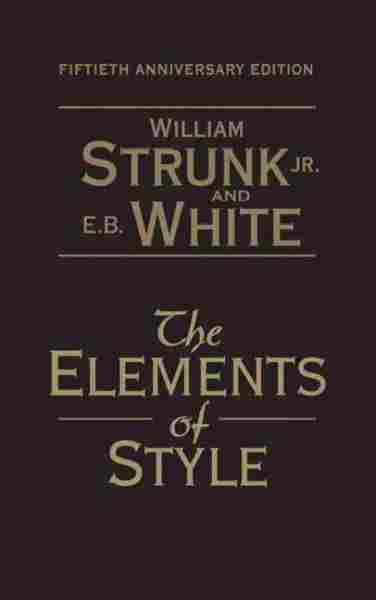 The Elements of Style

by William Strunk and E. B. White

Title
The Elements of Style
Author
William Strunk and E. B. White