"I Heard Your Voice in Dresden" 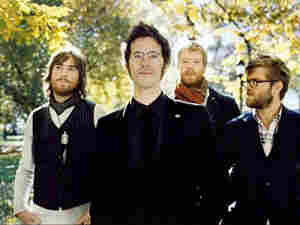 Soulful folk-pop singer-songwriter Elvis Perkins is often compared to the likes of Leonard Cohen and Bob Dylan, mostly for the way he crafts brooding, thoughtful melodies with a sophisticated pop sensibility.

After losing his father (actor Anthony Perkins) due to complications from AIDS — and his mother in one of the plane crashes on Sept. 11, 2001 — Perkins recorded his inspired and moving debut, Ash Wednesday. The disc was widely hailed for the way it juxtaposes elements of melancholy and hopefulness.