Accessibility links
Who Needs A Manual To Write Real Good? Thursday marks the 50th anniversary of William Strunk and E.B. White's Elements of Style, the grammar manual used by millions of students, including commentator Marc Acito. 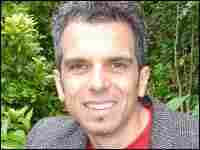 Marc Acito is the author of How I Paid for College and Attack of the Theater People. hide caption 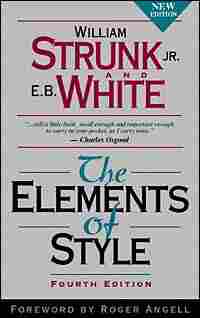 Today marks the 50th anniversary of William Strunk and E.B. White's Elements of Style, the grammar manual used by millions of students, including commentator Marc Acito.

Me and a friend was talking about using proper grammar. And he says to I, "Today is the 50th anniversary of Strunk and White's Elements of Style." (1)

So I got me a copy and totally mesmerized this vast suppository of information. For instance, Strunk and White says, "Write with nouns and verbs." (2) Myself, for one, is relieved to know this, as I have been trying to write with macaroni and cheese.

And it is never recommended to willfully and recklessly — because it puts undue emphasis on the adverb — split an infinitive. (3) Oops. You might have just heard out of the corner of your ear that the passive voice was used by myself. It is to be avoided. (4) Unless you are the CEO of a bank, in which case you cannot do your job without saying "mistakes were made."

Other rules they learned me were to not verbify a word by adding a suffix. (5) Avoid cliches like the plague. (6) Use adverbs sparingly. (7) And do not speak in the negative. (8)

They also recommend using language that is definite, specific and concrete. So don't say, "We had a period of bad weather." (9) Say, "Every definite day for a week it rained concrete." See how that sentence is kinda, y'know, specific? More or less?

Strunk and White continues to update their book, even though both of them are dead. (10) But some of their advice is old-fashioned and, frankly, downright arachnophobic.

For instance, they say to keep related words together. (11) That's fine for all intensive purposes, but what if one of your related words empties your bank account and goes to Atlantic City and loses all your money at the blackjack table? Yeah, that word is dead to me. And you know who you are, grandma.

When it comes to "shall" and "will," Strunk and White gives the following example: (12) "A swimmer in distress cries, 'I shall drown; no one will save me!' " But a suicide says, "I will drown; no one shall save me!" And I say, "You two (pedantic) know-it-alls deserve to drown." I mean, what about "Help!"

So who needs a manual to write real good? In the age of tweeting and texting, Elements of Style deserves to fade into Bolivia.

Marc Acito's comic debut novel, How I Paid for College, won the Ken Kesey Award and made the American Library Association's Top 10 Teen Book List. It was also selected as an Editors' Choice by the New York Times and is translated into five languages the author does not read. The sequel, Attack of the Theater People, is even funnier, but no one reviewed it for reasons Acito still does not understand. 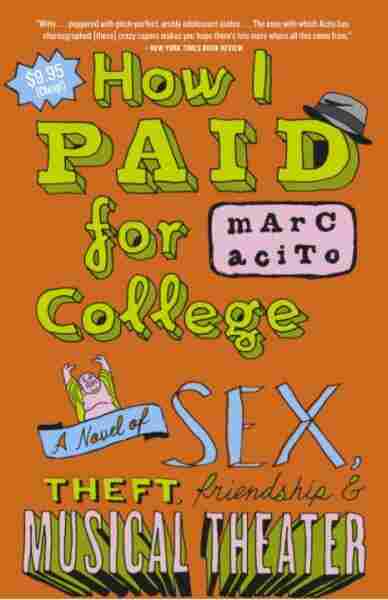 How I Paid For College