Accessibility links
Test May Determine Smokers' Lung Cancer Risk A new urine test appears to determine which smokers are most likely to get lung cancer. It looks for a chemical created as the body metabolizes tobacco. Those with higher levels of the chemical have a higher risk of lung cancer. 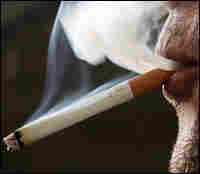 "Smoking absolutely increases your risk, but why it does so in some people but not others is a big question," Dr. Jian-Min Yuan says. Owen Humphreys/PA Wire/AP hide caption 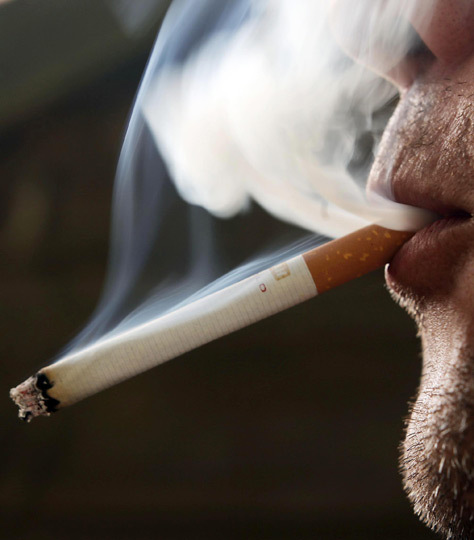 "Smoking absolutely increases your risk, but why it does so in some people but not others is a big question," Dr. Jian-Min Yuan says.

A new urine test appears to distinguish which smokers are likely to get lung cancer and which are not, by detecting whether smokers have a particular chemical in their urine that's been linked to lung cancer.

The risk of lung cancer was 8.5 times higher in those who had the highest levels of this chemical, NNAL, and the highest nicotine levels.

The test was studied in about 500 men and women in Shanghai and Singapore. The results were presented at the annual meeting of the American Association for Cancer Research.

"A history of smoking has always been thought of as a predictor of lung cancer, but it is actually not very accurate," said Dr. Jian-Min Yuan, associate professor of public health at the University of Minnesota. "Smoking absolutely increases your risk, but why it does so in some people but not others is a big question."

NNAL is created as the body metabolizes tobacco. The chemical has been shown to induce lung cancer in lab animals, but the effect in humans had not been studied until now. Researchers suspect that for genetic reasons, some people produce more NNAL than others, thereby increasing their risk of lung cancer.

Researchers say this test is no license to smoke; tobacco causes other health problems, such as emphysema, heart disease and other types of cancer.

But the test could be used as a signal that people with high levels of NNAL should be screened more frequently for lung cancer, says Tyler Jacks, the incoming head of the American Association for Cancer Research and a lung cancer researcher with MIT. That way, cancers can be detected early, when they're more treatable.

Initially, researchers collected data from 18,244 men in the Shanghai Cohort Study and 63,257 men and women in the Singapore Chinese Health Study.

To evaluate the effect of NNAL, researchers looked at 246 current smokers who later developed lung cancer and compared them with 245 smokers who did not develop lung cancer. People were followed for 10 years during the study.

Patients who had a medium-level NNAL test had a 43 percent increased risk of lung cancer, while those at the highest level had a risk that was more than twofold higher than those with the lowest levels.

This held true even after researchers considered the number of cigarettes a person smoked per day, the number of years of smoking, and urinary levels of another chemical, cotinine, on lung cancer risk.