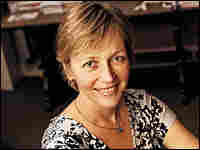 Assisted reproduction has transformed how and when women conceive — and how many babies are born at one time.

Today, one out of every 33 children born in the United States is a twin.

Fertility drugs boost the number of eggs a woman can produce at a time, and doctors routinely implant multiple embryos in a woman's uterus using in vitro fertilization.

A new book, Everything Conceivable by Liza Mundy, examines the multibillion-dollar fertility industry and the array of decisions faced by couples using assisted-reproductive technology — including one of the most difficult and least talked about: the decision to reduce a multiple pregnancy.

Mundy, a reporter for The Washington Post, tells Michele Norris that the rise in multiple births and premature babies has increased health risks for children and mothers.

She argues that these technological advances are pushing a woman's natural reproductive system too far, and that fertility doctors should be more straightforward with their patients about the risks they face. 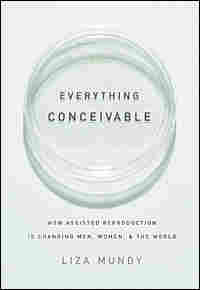 And of course, multiple births are a staple of newspaper articles, which invariably emphasize the jolly, fun side of having a pack o' babies. "Their joy is fourfold!" was the headline on a 2004 New York Daily News article, about a couple whose quadruplets were born nine weeks prematurely and spent a month in the neonatal intensive care unit. "Orlando hospital triples its pleasure three times over," was the headline in the Bradenton, Florida, paper, about three sets of triplets born in Arnold Palmer Hospital in a single day. "Twins for Julia: It's a Boy! It's a Girl! After a difficult pregnancy, the ecstatic star welcomes babies Hazel and Phinnaeus," trumpeted People magazine, after Julia Roberts gave birth to twins a month early. A 2005 National Geographic story about the glut of triplets in New Jersey — a direct result of the fact that New Jersey is home to a number of major IVF practices — was titled "Triplet Epidemic." The article itself was merrily upbeat, referring to "energetic" children "gumming the furniture" while happy moms looked on fondly.

But every now and then reality intrudes unbidden. In 2002, the Charlotte (North Carolina) Observer published an article about a couple expecting quintuplets. The story, which tracked the ups and downs of the pregnancy, was printed early, for publication in a Sunday supplement. Between the day the story went to press and the day it appeared on newsstands and doorsteps, the mother went into premature labor, and all the babies died. There was nothing the paper could do but publish a correction in the regular daily section, which appeared simultaneously with the preprinted feature. "We apologize for any pain the story may cause," wrote the paper's managing editor, "and we offer our sympathy to the family."

The story points to the dark side of multiple births: damaged children suffering long-term effects of severe prematurity, terrible miscarriages, infant mortality, grieving families, parents who are overwhelmed. Over the past three decades, prematurity rates have risen by 33 percent in this country. According to a 2006 report by the Institute of Medicine, one in every eight children born in the United States is now premature. Assisted reproduction is a major reason why. The March of Dimes and the American College of Obstetrics and Gynecology have both issued papers pointing out that the explosion of multiples has resulted in more children born prematurely, more children with low birth weight and the developmental issues that follow. "When we first started looking at the statistics for perinatal loss, we expected to see that it's low-income women," said one perinatal nurse who assisted the D.C. area March of Dimes in conducting a study of death of children before, during, or after birth, in that time known as the perinatal period. "Instead, it's the corporate, thirty-five and over women." Companies like America Online have hired wellness coaches to educate women about the signs of premature labor, in part because of the high number of mothers of multiples in twenty-first century, high-tech workforces. As one textbook points out, fertility medicine has given the human race an entirely new pregnancy: the iatrogenic multiple pregnancy. "Iatrogenic" refers to a treatment for one medical problem that creates a new medical problem. In this case, treatment for infertility necessitates treatment for a high-risk pregnancy.

"It has all the hallmarks of an epidemic," says Louis Keith, cofounder of the Center for Study of Multiple Birth, and himself a monozygotic, or identical, twin. "So many of them are neurologically and physically damaged."

The full impact of conceiving multiples is rarely understood in advance. A study done by the March of Dimes found that only 35 percent of the American public appreciates the severe risks posed by prematurity. But the statistics are cold and unforgiving. Fifty percent of twins are born prematurely. Ninety percent of triplets are premature, as are virtually all quads and quintuplets. Depending on how premature they are, these children's lungs are often immature and undeveloped, so they cannot breathe unaided. They are hooked up to ventilators, machines that breathe for them, which sometimes scar the lungs so the children will for the rest of their lives be prone to asthma, pneumonia, chronic lung disease, and other respiratory problems. The brain is another vulnerable area: its many folds and creases often have not been fully laid down, and insulating fiber has not formed over developing nerve fibers. As a result, premature babies are susceptible to brain hemorrhages, and to later brain-related developmental problems, including learning disabilities.

"All their organs are premature," explains the perinatal nurse. "You have complications of every organ. There's growth and development issues, feeding issues, developmental delays. A lot of these babies have reflux. Also, there's eye changes, retinopathy; some of these babies will lose peripheral vision. Any organ, when the baby is born preterm, is immature. The brain, lung, GI tract, eyes." Infection is also a constant danger, both after birth and as they grow.

As a result of prematurity and its frequent companion, low birth weight, twins are six times more likely to suffer from cerebral palsy than singletons. Triplets are twenty times more likely to suffer from CP, which in this country is becoming more common even though a traditional major cause of cerebral palsy, jaundice in newborns, has been all but eliminated. "We got rid of one major group of cerebral palsy, just to be afflicted with another," says Carl Gunderson, deputy director of the United Cerebral Palsy Research and Education Foundation.

Then there is death. Fifteen to twenty percent of triplets are lost before viability. Postnatal mortality is also higher for multiple babies: 11 out of 1,000 singleton babies die before their first birthday, but for twins, the number is six times higher, 66 out of 1000. That's 1 in 15, a staggeringly high number. For triplets, 190 out of 1,000 die in the first year, or almost 1 in 5. According to a 2006 study in the journal Pediatrics, prematurity is now the leading cause of infant mortality in the United States, accounting for at least one-third of all infant deaths. The risk of having a handicapped child, or a child with Down syndrome, also rises with the number of babies. One study found that at least one handicapped child was produced in 7.4 percent of twin pregnancies, in 21.6 percent of triplet pregnancies, and in 50 percent of quadruplet and quintuplet pregnancies. The average premature infant incurs $42,000 in medical costs in the first year of life alone. The average cost of a triplet birth is more than $500,000.

Excerpted from Everything Conceivable by Liza Mundy Copyright (c) 2007 by Liza Mundy. Excerpted by permission of Knopf, a division of Random House, Inc. All rights reserved. No part of this excerpt may be reproduced or reprinted without permission in writing from the publisher.

Liza Mundy and 'Everything Conceivable' 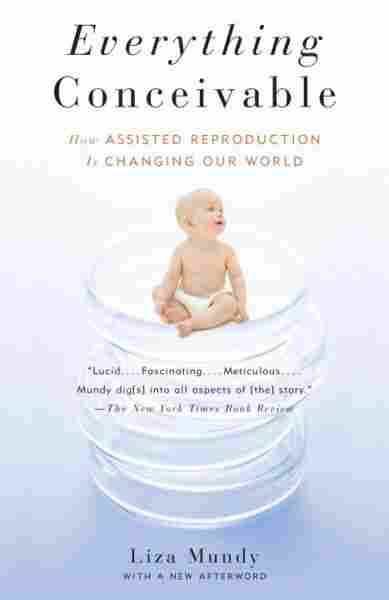 How Assisted Reproduction Is Changing Our World