Accessibility links
Famed Feminist Faces Medical Tragedies For years, Kate Michelman was the leader of NARAL — the National Abortion and Reproductive Rights Action League. Now she is facing a very different and very personal struggle: Her family has suffered two medical tragedies in recent years, and they are on the verge of bankruptcy. 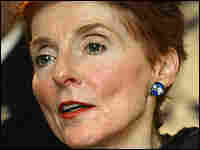 Kate Michelman says the past six months have been "a nightmare." Mark Wilson/Getty Images hide caption 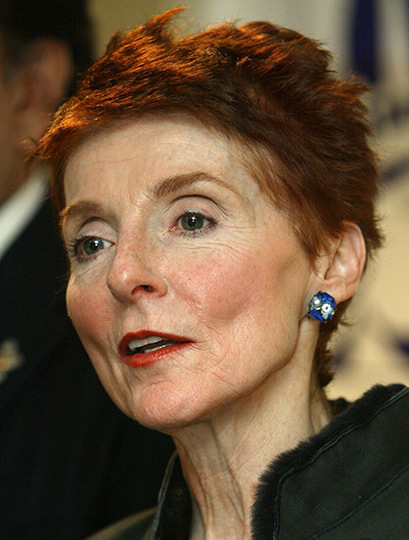 Kate Michelman says the past six months have been "a nightmare."

'A System From Hell' by Kate Michelman

Kate Michelman is one of America's leading feminists. She ran NARAL, the national abortion rights group, for two decades. But today, she is near bankruptcy because of a double medical tragedy in her family.

Michelman's daughter worked with horses. One day her horse spooked, reared and fell backward on top of her, crushing her spine and paralyzing her. Her daughter's employer provided no insurance, and after several surgeries and long hospital stays, the bills were astronomical.

Michelman cashed in both her 401(k) and her IRA to cope with the bills. "It was hundreds of thousands of dollars, close to a million," she says.

Then, a year later, her husband was diagnosed with Parkinson's disease. As a retired college professor, he was well-insured, Michelman says. He was on Medicare, but had supplemental health insurance. "The top of the line option," she says, "The most expensive, because it offered the greatest coverage."

They even had purchased long-term care insurance. "We felt we were really covered very, very well — we thought."

Despite the tragedies, Michelman's family was handling the expenses. But one last misfortune was too much to bear.

One day, Michelman's husband got out of the car in the driveway — and fell. "I knew immediately when my husband fell — and he screamed in pain — at that very instant, our lives would be forever different," Michelman says. "And it has been a nightmare."

Her husband had fractured his hip and broken his femur bone. He was in the hospital for months before being moved to an assisted living facility.

Michelman thought most of the bills would be covered. "But when 'most' comes to be reality," she says, "you're left with thousands of dollars of bills that are not covered for one reason or another."

Even their long-term care policy covers only a fraction of the expenses.

After leaving NARAL, Michelman had taken a job as a political consultant but quit in order to take care of her husband and daughter. Now she's looking for a new job so she can support the care her husband will need for years to come.

"We have literally fallen from the middle-class to potentially having nothing," she says.

She says there are parallels to her situation now and when she was a young single mother in 1969. After her first husband left, Michelman, then a stay-at-home mom with three daughters, found herself on welfare without a house, car or insurance. Then she found out she was pregnant. At the time, abortion was illegal, and Michelman soon began the career that led her to NARAL.

"So here we are all these years later," Michelman says, "and I'm finding myself not quite in that same position — we now own a home, I do have health insurance — but I'm on the brink of losing everything."

Michelman is 66 years old. She says her experience has left her with one more battle to fight: health care.