Accessibility links
Square Butts: Funny Or Offensive? Burger King's new commercial is a parody of Sir Mix-A-Lot's Baby Got Back, but does it go too far? Joanne Bamberger is feeling lonely in her disapproval. 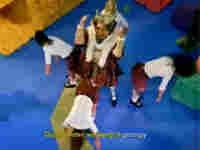 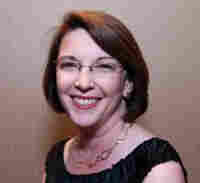 Joanne Bamberger is a Washington, D.C.-based freelance writer and commentator. She's the mother of a 9-year-old and blogs as PunditMom. hide caption

Are women dancers in tight shorts the best way to market cheeseburgers to children? I'd say no, but apparently Burger King and some moms online think it's just harmless fun.

In the burger chain'slatest marketing effort using SpongeBob SquarePants, a somewhat creepy Burger King cavorts with a series of young women, with the song playing in the background, rapping about "butts" and "booty," and cameras zeroing young, female derrieres.

But is the TV ad a funny parody of the rap song Baby Got Back, or an offensive use of women shaking their newly square booties aimed at our elementary-school children?

I thought there would be a collective outcry from mothers in the blogosphere, but I was wrong. There's a healthy online discussion under way suggesting that some of us need to lighten up. And, interestingly, some of the women who were offended by the now infamous Motrin ad — which suggested women were suffering from back and neck pain because they were "wearing" their babies in carriers as a fashion statement — aren't upset by a group of svelte dancers shaking their generously square booties to sell a few burgers to their kids.

I think I have a pretty good sense of humor, and admit I don't mind watching a little SpongeBob with my 9-year-old daughter every now and then. But I'm fascinated that there are parents of young kids who don't see this commercial as a problem, calling it harmless parody worthy of being in the world of humor, and defending Burger King because the commercials themselves, while trying to sell food to kids, were being aired on shows that most kids wouldn't be watching.

When I first saw the ad, I thought for sure I'd see another online uprising calling for the ad to be pulled, as happened with Motrin. But I hear crickets chirping in the silence. If it's really become OK for corporations to use the sexualization of women to sell some kids' meals, how do we protect our daughters from where that will lead? There needs to be a call for Burger King to pull the ad as soon as possible. If we leave it out there in the world, aren't we perpetuating the message to our children that exploiting women's bodies is a perfectly fine way of selling a product?

It seems clear to me, but I'm feeling a bit like a voice in the wilderness on this one.