Accessibility links
'Columbine' Debunks The Myths Of The Massacre Popular explanations for the terror Eric Harris and Dylan Klebold wreaked on their Colorado high school often mention bullying. But Dave Cullen has been following the story since that deadly day, and in his new book, Columbine, he reveals the real story of their rampage. 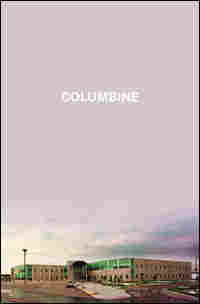 Popular explanations for the terror Eric Harris and Dylan Klebold wreaked on their Colorado high school often mention bullying. But Dave Cullen has been following the story since that deadly day, and in his new book, Columbine, he reveals the real story of their rampage.

In his interview with Neal Conan, Cullen warns of the pitfalls of reaching quick conclusions about the "why" behind tragedies like those at Columbine and Virginia Tech. "Key information doesn't come out for months or even years," he cautions, "so if you start to come to a determination of why within hours, it may be years before you have the information to make that conclusion."

Cullen does believe, however, that in the years since Columbine, "people have been much much better about just holding off and saying, 'we don't know why yet.'"

Moving On After Columbine: Thoughts Of A Survivor 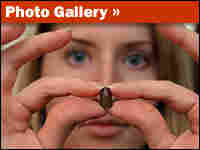 Photo Essay: 10 Years After Columbine, A Survivor Moves On
Barry Gutierrez for NPR 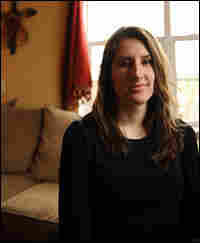 On April 20, 1999, Anne Marie Hochhalter was paralyzed from the waist down after being shot at Columbine High School. Now 27, she lives in Westminster, Colo., with her dog Molly, a golden retriever. Barry Gutierrez for NPR hide caption

When the horrific shooting at Columbine High School ended on April 20, 1999, Anne Marie Hochhalter was paralyzed from the waist down. Bullets had struck her back, lungs, liver and diaphragm. Anne Marie came close to death that day 10 years ago, and for a while after the shooting, she struggled with finding purpose and direction in her life.

A few months after the shootings, Hochhalter's mother — who suffered from a deteriorating bipolar disorder — committed suicide. "By the time she killed herself, the mom I knew was gone already," Hochhalter told the now-defunct Rocky Mountain News in a 2004 profile.

Today, Anne Marie is 27 and living in Westminster, a Denver suburb. A few days before the 10th anniversary of Columbine, she spoke to NPR about how she is getting along. "I'm doing good," she says. "But I still struggle with lingering pain."

What do you do all day long these days?

I'm actually working. I'm a graduate of Colorado University, Denver, with my bachelor's degree in business. And I am one of the managers at a local Bath & Body Works. ... I really love my job a lot. I get to work with good people and help people find good products, and I'm surrounded by nice smells all day. It's very nice.

Church is important to you, right?

Yes, very important. ... I belong to a nondenominational Christian church here in Westminster. They have been a huge support to me since I started attending there in 2001. That's actually where I found faith again, because I was actually not a believer.

I was an atheist before. And a friend invited me to that church, and after I went for a while, I became a Christian. God really spoke to my heart. That church has been such a huge support for me throughout my journey of healing from Columbine.

What frustrates you about the world today?

The obsession with violence. It's more sad for me. This doesn't have really anything to do with Columbine, but I got sworn in as a child advocate for CASA, which stands for court-appointed special advocate. I want to be an advocate for children who are suffering in the world. That is an area close to my heart.

Do you still see friends from high school?

Is there music that's meaningful to you?

I like all kinds of music, but especially Christian music. It's very uplifting to me. I also like a lot of classical music to relax. I have all sorts of different interests. I like pop, rock, Nickelback — you know, all sorts of music. I don't really have a preference. Except I don't really like rap that much, but some of it I can stand.

You have had tragedy in your life. I wonder if you have advice for others on how to deal with it?

When my mom passed away, it kind of tore our family apart. I think that seeing somebody, whether that be a counselor, and just learning how to deal with it and just having a really strong support system when you are going through that is vital. I had my family and I had friends, and that really helped me a lot. ... If you have basically what are called the "three Fs" — faith, family and friends — you know you can get through a very, very tough situation.

I'm going to be working on Saturday, and that evening I am going to go to Sue Townsend's house for dinner. She is the stepmother of Lauren Townsend, who passed away in the Columbine shootings. We have become really close friends. Sunday, I'm going to be going to church, and I am actually going to be having a barbecue at my house after that — depending on the weather, if it's good. 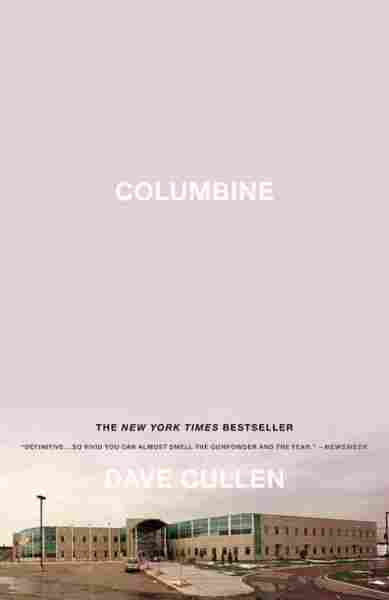