Accessibility links
Monica Seles On 'Getting A Grip' After Tragedy Tennis champion Monica Seles dominated her sport until a deranged fan of her opponent, Steffi Graf, stabbed her during a match in Germany in 1993. She charts her journey back to a balanced life in her book, Getting A Grip.

Tennis champion Monica Seles dominated her sport until a deranged fan of her opponent, Steffi Graf, stabbed her during a match in Germany in 1993.

Seles charts her journey back to a balanced life in her book, Getting A Grip.

Excerpt: 'Getting A Grip' 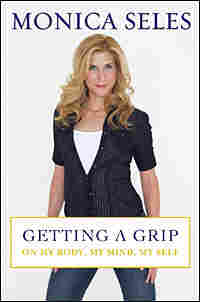 Most professional athletes can remember the exact moment they were introduced to the sport that would be their destiny. For me, that day started with the smell of salt water tickling my nose. As we did every summer, my family was spending our vacation by the Adriatic Sea, and in the mornings a breeze would blow through the bedroom window and gently wake me up. Hanging at the beach for a precious two weeks a year was practically mandatory for European families, and we were no exception. Every August, we'd pack up the car and head to the coast. Two weeks of sun, sand, and surf. It was heaven. The summer I remember the best from those lazy seaside days was when I was five years old. I was a little pipsqueak of a girl who never stopped moving. Buzz, buzz, buzzing around all day long. It used to drive my family crazy. One morning I got up, threw on my swimsuit, quickly ate breakfast at my mother's insistence, and was dashing out the door as fast as my legs could carry me. As always, I'd planned on spending the day on the beach building intricate sand castles with moats to protect the princesses I imagined resided inside and the handful of crabs I recruited to act as their guards. But something grabbed my attention before I could make a run for the beach. It was my dad packing up a bag with cool-looking toys.

"Where are you going?" I asked.

"To play tennis," my brother, Zoltan, answered. He had a bag too.

"Can I come?" I'd already forgotten about the castles waiting to be built outside. All I heard was the word "play" and I didn't want to be left out of any fun.

"Of course you can come," my dad said, smiling. "Go put on your shoes and we'll meet you outside." I tore into my bedroom frantically searching for my sneakers. My mom found them for me and helped tie the laces nice and tight.

"Have fun," she told me, kissing my forehead and whisking me out the door, happy to have a little peace and quiet for herself. It didn't happen often. My mother, Ester, worked long hours in an accounting firm and whipped up three homemade meals a day for our family, and those two weeks were the only time she had to relax. As a five-year-old, I didn't understand what it meant to need a vacation, but I'm sure my mom did. I ran outside and caught up to my brother and dad. We walked down three different streets until we got to the local court. Jumping around like my shoes were on fire, I couldn't wait to get started. Started at what, I had no idea, but I knew something fun was about to happen. My dad and Zoltan unsheathed their rackets and started hitting a ball back and forth. It seemed to go on forever. I was getting bored sitting there; I had thought this was going to be a lot more fun. When my brother put down his racket to get a drink of water, I took advantage of my chance. I ran over, picked it up, and started imitating what I'd seen him do.

"Good, Monica!" my dad called to me from the other side of the net.

He hit a ball my way. I'd like to say that I fired a two-handed crosscourt backhand from the baseline. I'd like to say that in that split second a star was born. But I can't. I missed the first ball. And the second, and the third. Zoltan, showing an amount of restraint and patience that is unusual in thirteen-year-old brothers, let me go on like that, swinging his racket wildly as I ran back and forth across the court not making contact with anything. But my dad noticed something right away. The racket was nearly as big as I was but I was handling it as though it weighed nothing.

My swing wasn't sending any balls over the net, but the form wasn't half bad. We played all afternoon, Zoltan and I taking turns with the racket, and I never got tired. Some sports prodigies are born with superb hand-eye coordination, abnormally flexible shoulder joints, or extremely efficient red blood cells. Me? I just had freakishly strong wrists. Years later, my dad would insist it was because, as a toddler, I walked around our apartment carrying his four-kilogram dumbbells every where I went. I don't remember for sure, so I'll have to take his word for it. The three of us spent the rest of our vacation at the tennis court together. When we got home from the Adriatic, I begged my dad to keep playing tennis with me. While Zoltan was an active player in European junior tournaments, my dad had only hit around a couple of times in his life. He played more during that vacation than he ever had before. But he had a hard time saying no to me, so he figured out a way to make it happen. Our hometown of Novi Sad — a medium-size city nestled on the banks of the river Danube — had only four courts, and kids weren't allowed on them until they were twelve years old. The tennis club had an elitist attitude that could have rivaled Wimbledon's Centre Court. There was a mandatory dress code of all white, and it was difficult to secure a court time, nearly impossible to find the financial means to pay for it. It was a far cry from the everyman sport of soccer, the most popular sport in my country, where all you needed was a ball, a patch of grass, and the will to run.

"No problem," my dad told me after the club would not let a five-year old play on its courts. He took a ball of string down to the parking lot in front of our apartment building, cut a long piece off, and tied the ends to cars placed about ten feet apart. Voilà! We had our own private, free, always available court where dress whites were optional. I devoted every afternoon to playing in that parking lot. After a month my dad saw I was serious about it — and that Zoltan's patience with loaning out his rackets was growing thin — so one weekend he got in the car and drove seven hours until he crossed the Italian border, where the closest equipment store with child-size rackets could be found. He'd done the exact same thing for Zoltan seven years earlier, so he knew the drill. He picked out the best one he could find, had it wrapped up, jumped in the car, and drove straight back home the same day. I was thrilled with my new racket and carried it with me every where. My dad and I continued to play every single evening, staying outside until my mom called us in for dinner. Even then we'd stay outside a little longer until she'd call us a second time. Then we knew she was serious. We didn't dare test her a third. Over dinner Zoltan would tell us about his upcoming tournaments and I'd hang on his every word. I loved tennis with every bit of my heart.

Copyright ©, Getting a Grip by Monica Seles April 2009, Avery Books a division of Penguin Group, USA. Excerpted with permission. 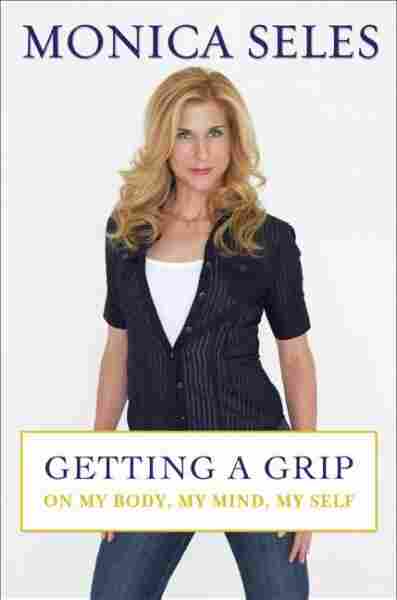 On My Body, My Mind, My Self

Title
Getting a Grip
Subtitle
On My Body, My Mind, My Self
Author
Monica Seles