Accessibility links
Novelist Calvin Baker Considers the Word Slavery Made Calvin Baker's latest book, Dominion, is a tale of slavery told using the rhythms and styles of magic realism. He talks to Farai Chideya about his new novel and the sometimes predictable ways we write and think about slavery.

Calvin Baker's latest book, Dominion, is a tale of slavery told using the rhythms and styles of magic realism. He talks to Farai Chideya about his new novel and the sometimes predictable ways we write and think about slavery.

A magical sword, a wrestling match with a demon, and an intergenerational quest for freedom. No, we're not talking about a sword and sorcery book, but the latest novel by one of America's most innovative African-American novelists, Calvin Baker. It's called "Dominion." Previously, he gave us an impressionistic view of the African-American journey in "Naming the New World," then he tackled the uneasy Jim Crow days with "Once Two Heroes." Here now to discuss "Dominion" and his approach to writing is Calvin Baker.

CHIDEYA: So it's great to have you on. Can you set us up a bit, introduce us to the book by reading a snippet?

Mr. BAKER: I will, and I'm going to read a bit from a section. Purchase Merian is a blacksmith. And he is a son of a farmer who has decided that he doesn't want to become a farmer, and so he's become a smith. And he's watching the sky and he sees a comet falling and he wants to go and get its steel to create something from it.

(Reading) He is a forger of metal with no interest in the ground except its hidden ore and nothing of the plow except the strength and sharpness of its blade. He stands bare-chested from the waist up and you can see he is black as pig iron, or molten just after it is quenched. All except his eyes, which were light as wheat corn, they belong to no one anybody around here has ever seen except him.

And it comes down that he was not born with them, but that they turn so from the intensity of his gaze and to the furnace. He seems blind standing there, mute. Preachers will come one day to lay their hands on him, to release whatever is taken possession of those orbs, and women as well who hope to know what lies behind them.

He keeps a stare fixed to heaven just now, as a cluster of white comets passes over the sky like angels before turning fiery bright and speeding toward the lower reaches of the divine universe right to the illuminated edge of this world, where they become blue-lined and red-centered before burning out and disappearing somewhere in the forestlands below.

He marks the spot well, etching in his mind the exact position in the mountains where the specs of light were last seen, then saddles his horse and sets off in discovery of the fallen bit of sky. He journeyed three days and 200 miles through the woods without food or water for either man or beast. The trip, so says the lore of that country, would have taken a mere two days of the clip he rode and the animals he made it upon. But the horse did fall of thirst in the last 30 miles and the man would not abandon it, but carried him the rest of the way. This much was not true.

The people of that country are well-known liars, though, especially as regards their history, making everything reflect well in themselves in the region but castigating all that might betray any secret weakness or want.

CHIDEYA: Well, Calvin, I think that's a perfect example of your writing - a lot of fantastical elements. Is this magic realism, or does it even matter what it is?

Mr. BAKER: I don't - I have never looked on it as magical realism. But magic is a deep part of stories and they offer another way of seeing the world. They open the imagination. Think of Oedipus on his way to Thebes, and he has to answer a riddle given to him by a sphinx, a magical creature. And the sphinx says: What has four legs in the morning, two legs in the day, and three legs in the evening? The answer of question - the answer of course is man.

And this riddle opens the door to a larger riddle that he'll have to answer, which is: Who are you? And it's posed in a way that I don't think another character in the play could have. So it's just another way of reading, of creating metaphor.

CHIDEYA: So this book tackles slavery and freedom, so have a lot of other books. Why did you choose this way of tackling these large themes?

Mr. BAKER: I think when we discuss slavery we always take it as a given. We discuss the ways that it captures people, the ways that people release themselves from it. We never talk about the ways that it's created. And "Dominion" takes place in colonial America in those years before the Revolutionary War, before slavery as an institution exists, when there's nothing but possibility. And people must answer how will we use this possibility and debate different ways of being, which seems to me much like the moment that we live in now.

CHIDEYA: Well, we don't have much time left at all. So who do you read?

Mr. BAKER: Lucille Clifton was - I just want to say I'm thrilled to be on after her. She was one of the poets who inspired me as a boy. Growing up in Chicago, there was a poem of hers -one of the poems that made me read her - on the CTA called "Why Some People Be Mad at Me Sometimes." And I think that was one of those poems that sort of opened up to me the world of poetry. I read Langston Hughes and James Baldwin, Sophocles, Shakespeare. I think books belong to this wonderful Web that ultimately sort of ties them to each other, so I read. Yeah.

CHIDEYA: You have a wide appetite. And Calvin, we're going to have to leave it there. Thank you so much.

CHIDEYA: Calvin Baker is the author of several novels. His latest is "Dominion," which was recently released in paperback. And he spoke to us from NPR's New York studios. 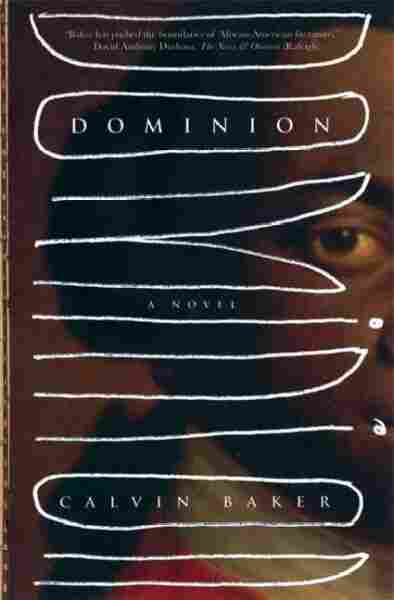