Accessibility links
Life Is An Act Of Literary Creation Mexican-American novelist Luis Urrea used to think that simply being a good observer would make his writing better. But over time, he's come to believe that being a good writer and a good person comes from paying attention to the world around him. 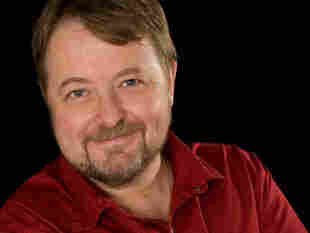 Author Luis Alberto Urrea was born in Tijuana to a Mexican father and American mother. He is a professor of creative writing at the University of Illinois-Chicago. His books include The Hummingbird's Daughter and The Devil's Highway. Courtesy Luis Alberto Urrea hide caption 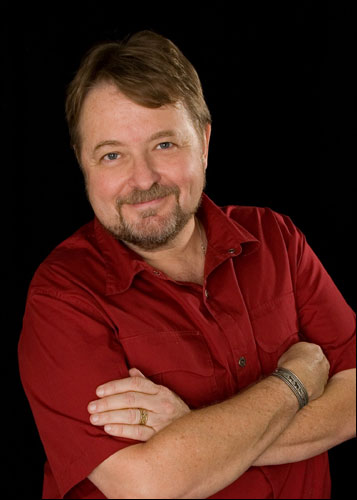 Author Luis Alberto Urrea was born in Tijuana to a Mexican father and American mother. He is a professor of creative writing at the University of Illinois-Chicago. His books include The Hummingbird's Daughter and The Devil's Highway.

I believe God is a poet; every religion in our history was made of poems and songs, and not a few of them had books attached. I came to believe the green fuse that drives spring and summer through the world is essentially a literary energy. That the world was more than a place. Life was more than an event. It was all one thing, and that thing was: story.

I was in a small house in Cuernavaca with old healer women. We were eating green Jell-O. One of them told me this: "When you write, you light a bonfire in the spirit world. It is dark there. Lost souls wander alone. Your inner flame flares up. And the lost souls gather near your light and heat. And they see the next artist at work and go there. And they follow the fires until they find their ways home."

Aside from thinking my old Baptist preacher would not be amused by this kind of pagan talk, I recognized the beauty and awe, the deep respect in a woman who didn't read, for the act of literary creation.

Now, if it is all story, I believe we are the narrators. Many writing instructors will tell you that to be a great writer, you must be attentive. Shamans will tell you the same thing: If you want to be a good person, a whole person, wake up! Pay attention! Be here now! Zen monks will go so far as to hit you with a stick. Look!

I used to approach writing like a football game. If I went out there and aggressively saw more, I'd know more and I'd capture more, and I'd write better. Hut, hut, hut: First down and haiku! But I found out something entirely different. I learned that if I went into the world and paid attention (in Spanish, you "lend attention," presta atencion), the world would notice and respond. I would have demonstrated my worthiness to receive the world's gifts. It's a kind of library where you lend attention and receive a story. Or God will toss off a limerick for your pleasure.

In South Carolina recently, I was telling my hosts before a speaking engagement all about this idea. I told them that Story comes on the wings of hummingbirds and dragonflies. My host told me to turn around. A hummingbird hovered outside the window, three inches from the back of my head. After the event, I was in the street enjoying the silence. A dragonfly came and hovered over my head. Both times, all I had to do was look.