Accessibility links
To Be Or Not To Be? Either Way, It's a Cliche On Shakespeare's birthday, and with the 150th anniversary of the debut of Charles Dickens' A Tale of Two Cities on April 30, it seems like the best of times — and the worst of times — to foist on you, dear reader, the art and asininity of the literary cliche.

To Be Or Not To Be? Either Way, It's a Cliche

To Be Or Not To Be? Either Way, It's a Cliche

Can you find all the cliches in this story and identify the source? Tell us which ones you spotted in our comments section below. Then check your answers here. 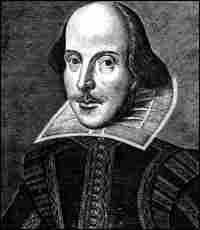 A Bard By Any Other Name ... Shakespeare has inspired countless writers and countless cliches. iStockphoto.com hide caption 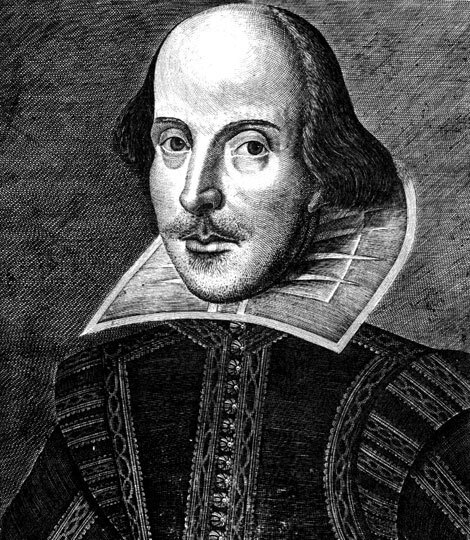 A Bard By Any Other Name ... Shakespeare has inspired countless writers and countless cliches.

April is the cruelest month. So with William Shakespeare's 445th birthday today, and the 150th anniversary of the debut of Charles Dickens' A Tale of Two Cities on April 30, it seems like the best of times — and the worst of times — to foist on you, dear reader, the art and asininity of the literary cliche.

From this point on, there are at least 15 cliches buried in this story. Can you find them and identify their sources? The game is most definitely afoot.

When it comes to literary cliches, attention must be paid.

"The more common cliches, those that are trite, threadbare beyond belief, but continue to exist, appear in newspapers regularly, including New York Times, the newsmagazines and on radio and television, including NPR and PBS," says Michael Spear, a journalism professor at the University of Richmond and a collector of cliches. "The people who work for these organizations don't seem to be able to resist the temptation to use them."

Not to wear my heart upon my sleeve, but to the good professor I say in our defense: Gather ye rosebuds while ye may.

The Importance Of Being Earnest

Cliches do serve a purpose — until they become so oversquirted and oversqueezed that they are overlooked or only read as irony. As Martin Manser wrote in the Good Word Guide, "Some cliches were quite apt when first used but have become hackneyed over the years. One can hardly avoid using the occasional cliche, but cliches that are inefficient in conveying their meaning or are inappropriate to the occasion should be avoided."

And some cliches are more acceptable than others — in the same way that some animals are more equal than others.

"It is a cliche that most cliches are true," observed Stephen Fry in his 1997 book, Moab Is My Washpot, "but then like most cliches, that cliche is untrue."

Ah, the cliche. How do I love thee? Let me count the ways.

1) The cliche can be shorthand for imparting information.

2) It can be an acknowledgment that we are drinking from the same Big Gulp, that we share a canon of literature in this brave new world.

3) It can convey a sense of innocence and sincerity.

4) Or it can be groan-inducingly funny.

But all that glisters is not gold. To some people, cliches have no place in writing whatsoever.

"Whenever you write 'The heat was stifling' or 'She rummaged in her handbag,' " said Martin Amis, author of The War Against Cliche, you are trafficking in "moldering novelties ... dead words. They are herd words."

Cliche-laden writing, Amis continued, "is herd writing, herd thinking and herd feeling. The writer has to look for weight of voice and freshness and make it your own."

Amis made these observations in a 2007 TV interview with Charlie Rose, a name we associate with erudition and sensitivity. But what's in a name? That which we call a Rose by any other name would smell as sweet.

Parsing Is Such Sweet Sorrow

So why do cliches have lasting power? Spear offers several possible explanations.

Perhaps "unlettered or unaware" young writers continue to use the hackneyed phrases to impress. Perhaps they are lazy. Maybe they are working under time constraints and don't have time to be original. Maybe it's "unimaginativeness." Or maybe it's because of "poor editing and lack of comprehensive copy editing and language-use training."

Says Spear, "Recently, one of my colleagues had an article published in a national magazine. He was dealing with bright young editors from the Ivies who insisted on putting cliches in his article, much to his chagrin."

A user of cliches: To be or not to be, that is the question. Cliches cannot be cliches unless they are used. But to use cliches is to overuse.

So we beat on, boats against the current, borne back ceaselessly into the past. Betwixt the devil and the deep sea. A plague o' both your houses!

(Did you spot all of the cliches in the story? Check your answers here.)