Accessibility links
Seed Banks Move to Save Threatened Species Just as regular banks are important to our financial future, seed banks — with vaults containing precious plant DNA — may be key to our planet's future. Those running them say the facilities are in urgent need of preserving species threatened with extinction by climate change. 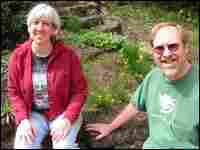 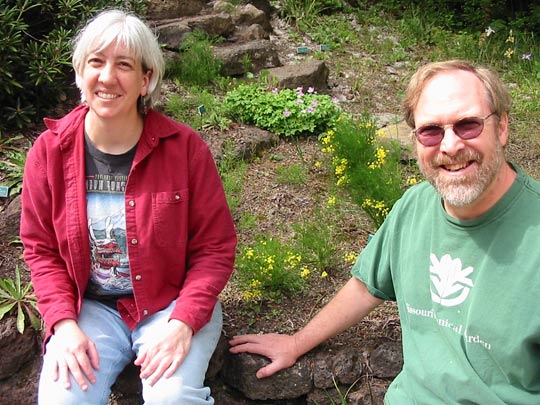 Botanists Andrea Raven and Ed Guerrant sit amidst the native plants at the Berry Botanic Garden in Portland. 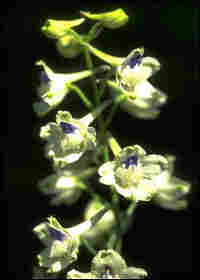 On the banks of Portland's Willamette River, where condos are spreading faster than poison oak, a pale-white larkspur named Delphinium leucophaeum is disappearing. Everyone wants a piece of its river view. The pretty larkspur is also a sitting duck for heat stroke because as the climate grows warmer, the plant will have no place to climb. Its seeds are part of the Berry Botanic Garden's rare and endangered plant collection. 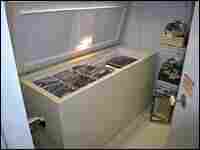 The Berry Garden's seed vault may not look like all that much, but its contents could someday be priceless. Ed Guerrant hide caption 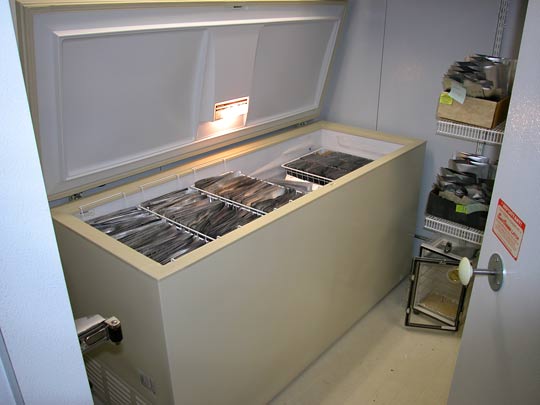 The Berry Garden's seed vault may not look like all that much, but its contents could someday be priceless. 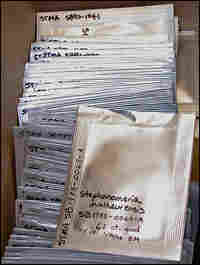 The seeds in this iron-sealed, aluminum foil packet are an endangered species, the Malheur wire lettuce (below), which botanists Raven and Guerrant are reintroducing into the wild. Ed Guerrant hide caption 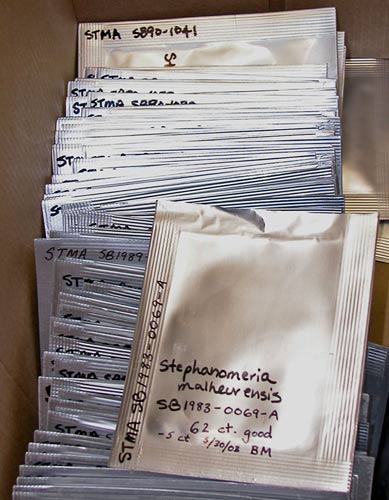 The seeds in this iron-sealed, aluminum foil packet are an endangered species, the Malheur wire lettuce (below), which botanists Raven and Guerrant are reintroducing into the wild. 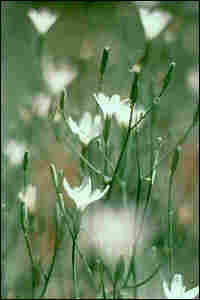 The Malheur wire lettuce was federally listed as endangered in 1982. It continues to flirt with extinction because of its small population and limited range. Linda McMahan hide caption 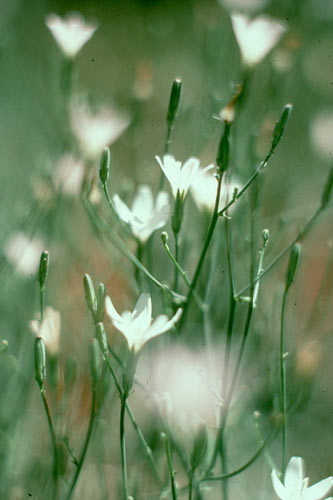 The Malheur wire lettuce was federally listed as endangered in 1982. It continues to flirt with extinction because of its small population and limited range.

The ancient Mesopotamians were so good at harvesting seeds from crops, they needed someplace safe and dry to bank them. Then, as needed, they took out what they put in.

Sound familiar? Yes, indeed, seed banks are the model for the way we bank money today.

True, you're not likely to see a run on a seed bank, with people desperate to get their crops and native plants out. But the Millennium Seed Bank's Robin Probert is aware of a certain panic to get plants in.

"The whole urgency for this kind of work has heightened as we've begun to understand more about the pace of climate change," Probert says.

"We know that a huge number of wild plant species are important to people for all kinds of reasons," he says. "One in six of all wild plants are used for medicine. One in 10 of all wild plants are used for sources of food particularly in developing countries, where many of those species are now threatened with extinction. The least we can do is get them stored in a seed bank such as ours."

Or if not in Britain, then in China, Brazil or South Korea. Or perhaps in Russia, Mexico or Norway.

Seed banks of all sizes are taking in plants around the globe.

In the United States, the Berry Botanic Garden in Portland, Ore., — a six-acre public emerald oasis in an exclusive city neighborhood — was the first seed bank to collect seeds of rare and endangered Northwest plants.

"One in five plants are in danger of going extinct in this country," says Berry botanist Andrea Raven.

"I don't like to argue numbers," says Ed Guerrant, head of the Berry bank. "But it's pretty clear that biodiversity is being lost at a rate we really haven't seen since the dinosaurs."

Guerrant and Raven, with the help of volunteers, are collecting and freezing seeds of threatened Northwest native plants. Then, on what seems a crisis-to-crisis basis, they're restoring lost populations to the wild.

"It's not a stunningly attractive plant!" Raven laughs.

But the fact that it exists at all is reason enough to preserve it, she says. Its looks are irrelevant; what matters is that it plays some part in the ecosystem. "There are any number of reasons why people want and need to save rare plants."

And not just rare plants. If you recall those ancient bankers, the Mesopotamians, their very lives depended on the crops they saved, whether chick pea, barley or wheat. Now let's consider their descendants, some of whom farm that same region, the Fertile Crescent.

In 1996, Iraqi botanists dipped into their own seed bank, packed up 200 kinds of seed, and sent them for safekeeping in Syria. It was a wise move. Once the Iraq war began, their seed bank was looted. It had been kept in the town of Abu Ghraib.

"The fact that Iraq has had large-scale destruction and may at some point still be able to bring those crops back is a very hopeful thing," Raven says.

Whether it's seed from crops or rare native species, seed banks are all about preserving genetic diversity. And what clever chlorophyllic creatures plants are. They've evolved to handle whatever's been thrown at them — hot and humid, wet and mucky, dark and dry.

But as any gardener knows, put the wrong plant in the wrong place and you're courting catastrophe. For instance, water-loving iris resents being high and dry. Yet if it can't keep up with the fast pace of climate change, how will that iris survive?

Perhaps by borrowing a little DNA from some next-of-kin cactus. And that's what gene-splicing scientists with access to seed banks may some day want to do.

At the Berry Botanic Garden, seeds are stored in freezer-ready, iron-sealed aluminum packets. The packets are then put in a standard-size meat freezer (minus the defrost cycle) which sits inside a temperature-controlled, concrete-lined vault.

The packets seem to contain a great deal more than genetic code. Each banked seed is an act of faith; a defense against war, climate change, environmental catastrophe; and the raw material to regrow the world.