Accessibility links
Saying Thanks To My Ghosts Novelist Amy Tan hasn't always believed in ghosts, but as a writer she's had too many inspirations that she can't fully explain. Now, Tan embraces her belief in ghosts and the messages of joy, love and peace they bring her. 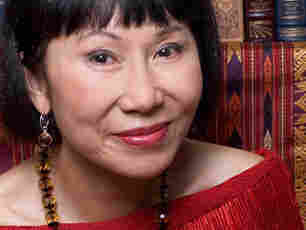 Amy Tan was born in the United States to immigrant Chinese parents. She wrote The Joy Luck Club, The Bonesetter's Daughter and other best-selling books. Tan is literary editor for West magazine and plays in the band the Rock Bottom Remainders. Pat Boyd Photography hide caption 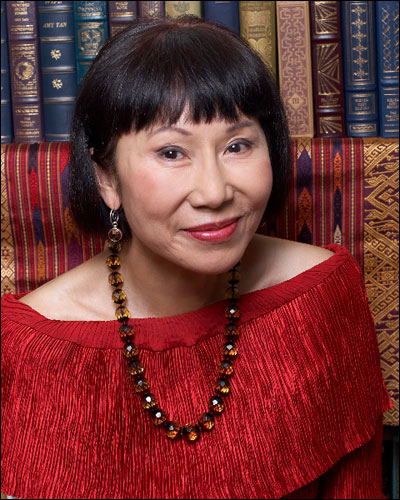 Amy Tan was born in the United States to immigrant Chinese parents. She wrote The Joy Luck Club, The Bonesetter's Daughter and other best-selling books. Tan is literary editor for West magazine and plays in the band the Rock Bottom Remainders. 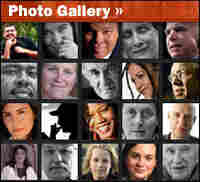 Celebrating Four Years Of This I Believe On NPR

I didn't used to believe in ghosts, but I was trained to talk to them. My mother reminded me many times that I had the gift. It all stemmed from a lie I told when I was 4. The way my mother remembered it, I refused to get ready for bed one night, claiming there was a ghost in the bathroom. She was delighted to learn I was a spirit medium.

Thereafter, she questioned anything unusual — a sudden gust of wind, a vase that fell and shattered. She would ask me, "She here?" She meant my grandmother.

When I was a child, my mother told me that my grandmother died in great agony after she accidentally ate too much opium. My mother was 9 years old when she watched this happen.

When I was 14, my older brother was stricken with a brain tumor. My mother begged me to ask my grandmother to save him. When he died, she asked me to talk to him as well. "I don't know how," I protested. When my father died of a brain tumor six months after my brother, she made me use a Ouija board. She wanted to know if they still loved her. I spelled out the answer I knew she wanted to hear: Yes. Always.

When I became a fiction writer in my 30s, I wrote a story about a woman who killed herself eating too much opium. After my mother read a draft of that story, she had tears in her eyes. Now she had proof: My grandmother had talked to me and told me her true story. How else could I have known my grandmother had not died by accident but with the fury of suicide? She asked me, "She here now?" I answered honestly, "I don't know."

Over the years, I have included other details in my writing I could not possibly have known on my own: a place, a character, a song. I have come to feel differently about my ghostwriters. Sometimes their clues have come so plentifully, they've made me laugh like a child who can't open birthday presents fast enough. I must say thanks, not to blind luck but to my ghosts.

Ten years ago, I clearly saw a ghost, and she talked to me. It was my mother. She had died just 24 hours before. Her face was 10 times larger than life, in the form of a moving, pulsing hologram of sparkling lights. My mother was laughing at my surprise. She drew closer, and when she reached me, I felt as if I had been physically punched in the chest. It took my breath away and filled me with something absolute: love, but also joy and peace — and with that, understanding that love and joy and peace are all the same thing. Joy comes from love. Peace comes from love. "Now you know," my mother said.

I believe in ghosts. Whenever I want, they will always be there: my mother, my grandmother, my ghosts.