Accessibility links
Christopher Buckley's Memoir Of 'Mum And Pup' Christopher Buckley may be best known as a satirist, but the humor in his latest book is of a more personal — and sometimes sadder — nature. Losing Mum and Pup is a memoir of his famous parents, Bill and Pat Buckley, who died within a year of each other in 2007 and 2008. 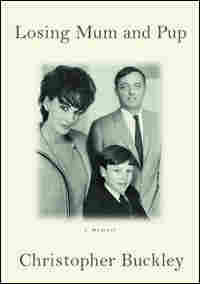 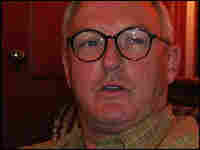 Christopher Buckley Reflects On The Items In His Father's Office

Christopher Buckley may be best known as a satirist, but the humor in his latest book is of a more personal — and sometimes sadder — nature. Losing Mum and Pup is a memoir of his famous parents, Bill and Pat Buckley, who died within a year of each other in 2007 and 2008.

As Buckley tells Scott Simon, his parents "had a kind of binary glamour" that was extraordinary.

Buckley says his relationship with his parents was often rocky. He describes his father as very encouraging, but also a "tough grader" who spoke his mind freely.

Once, he recalls, he asked his father to weigh in on one of his books, which had been getting good reviews. Buckley says his father's only comment was, "Sorry, this one didn't work for me."

But Bill Buckley's approval — when it was granted — could lift his son's spirits in an instant. Christopher Buckley remembers writing his first story for New York magazine when he was 22. When his father read it and held up his fingers in the "OK" sign, he says, "it was really one of the happiest moments in my life."

Buckley says his mother, Pat, matched his father's intellect with a sparkling wit: "She was, roughly speaking, the wittiest woman I've ever known, and possibly the wittiest person I have ever known. ... She was capable of interrupting Henry Kissinger mid-paragraph to inform him that he knew nothing whatsoever about European history."

Pat Buckley used to describe herself as "a simple girl from the backwoods of British Columbia." She left Vassar before graduating in order to marry Bill Buckley, and her son believes the fact that she never finished college left her with lingering insecurities.

Though she could tell fabulous stories, Buckley says, his mother had a "casual relationship with the truth. Sometimes she did it to make a story more marvelous, more fun."

Over the years, Pat Buckley transformed from a carpooling suburban Connecticut mom to a dazzling figure of New York society.

His parents' fame strained their relationship with Buckley at times: "There were times when their stature made them a little less accessible than your average mom and dad," he says. "They were loving, but they were loving on their own terms."

In the years leading up to their deaths, both Bill and Pat Buckley became frail. Bill Buckley suffered from emphysema, diabetes and sleep apnea, while Pat Buckley kept falling and injuring herself: "After she broke whatever bone it was, she just took to her bed and stayed there," Buckley says.

Pat Buckley died first. She had gone to the hospital to have a stint placed in her leg and caught an infection. While she was in a coma, her son visited her bedside and held her hand and told her that he forgave her.

"It was a way of sending her off in a way that was peaceful and healing for both of us," he says. "I hope when I'm on my deathbed, people forgive me, because there is a lot to forgive."

Bill Buckley passed away less than a year later.

Christopher Buckley says he still misses his parents and that he reaches for the phone nearly every day. He can't say why he wrote the book, only that he just sat down one day and kept going for 40 days until he was finished.

"I got to spend 40 more days with them when they were in their prime, because my remembrances of them in the book are of when they were young and vital and so very amazing," he says. 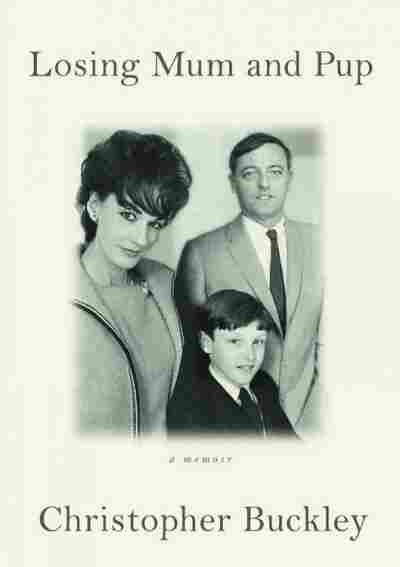