Accessibility links
Green 'Czar' Pushes Jobs, Community-Building Van Jones has been on a crusade to "green the ghetto" by killing two birds with one stone: reducing poverty and saving the environment. Recently appointed as Obama's "green czar," Jones now has an opportunity to implement his vision: "new work, new wealth and better health for all Americans." 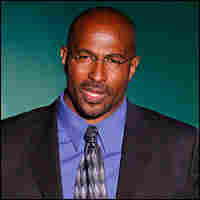 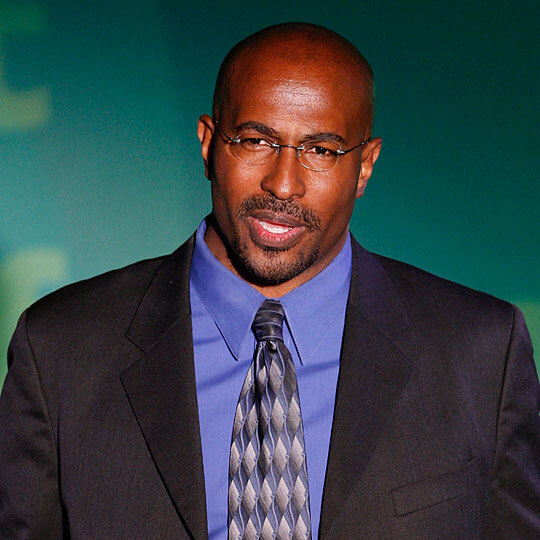 Van Jones has been on a crusade to, in his words, "green the ghetto" by killing two birds with one stone: reducing poverty and saving the environment.

Recently appointed as President Obama's special adviser for green jobs, enterprise and innovation, Jones now has an opportunity to implement his vision.

"I've been accused of being the green jobs czar — I consider myself to be the green jobs handyman," Jones tells NPR's Renee Montagne. "We've got about $40 billion in the recovery package that is targeted toward renewable energy, green-job training, energy efficiency, and part of my job is to help to coordinate getting all that money out into the economy, making jobs for people."

Jones, who is author of The Green Collar Economy: How One Solution Can Fix Our Two Biggest Problems, describes green jobs as "a blue-collar job that's been upgraded or up-skilled to better respect the environment."

"So you think about an electrician who now knows how to deal with solar panels or a plumber who can deal with solar hot water," he explains. "You want to think about jobs that are good for an individual's wealth — in other words they pay well, but they're also good for the community and the planet's health."

It also helps in the conversation about what green means to include "green for your pocket" in the discussion, he says.

"When you think about green, you often think about people who have a lot of money and who can afford a certain lifestyle," Jones says. "But really what the green economy represents is a massive opportunity for new work, new wealth and better health for all Americans."

In response to criticism that many of the Obama administration's proposed shovel-ready projects could hurt the environment, Jones says the efforts are focused primarily on jobs that make our buildings more efficient.

"We have millions of buildings across the country that are wasting energy," he says.