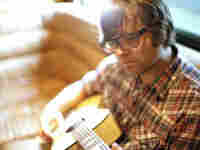 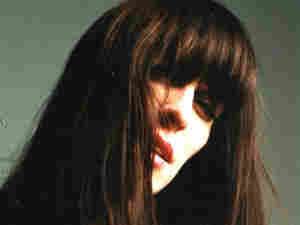 In "Train Song," from the benefit album Dark Was the Night, Feist and Gibbard demonstrate a matching flair for dusky portent. Mary Rozzi hide caption

Dark Was the Night — an all-star indie-rock set benefiting the Red Hot Organization, which fights AIDS — dodges virtually every pitfall associated with benefit sets. The lineup is topnotch, the songs are strong, and newsworthy moments abound, from the long-awaited return of Sufjan Stevens (in a 10-minute song, no less) to several unexpected appearances by Bon Iver's Justin Vernon. But a clear highlight is the lovely, understated cover of Vashti Bunyan's "Train Song," performed by two hit-making headliners: Feist and Death Cab for Cutie's Ben Gibbard.

It's a brilliant match-up on paper — a great song, covered by two killer voices with little adornment or expense — and it functions wonderfully in practice, too. "Train Song" is exactly the sort of smart high-concept event that thrives in this setting, complete with big names, a song that's already been written and a simple arrangement. More to the point, it sounds terrific, with Feist's flair for dusky portent mixing perfectly with Gibbard's moody, openhearted croon. The result is strong enough to fit easily in each artist's formidable catalog — which is saying quite a bit, given the context.