Accessibility links
The Fresh Air Interview - 'Tyson' Director James Toback In his new documentary, the director of Two Girls and a Guy turns his camera on Mike Tyson — who's been his friend since the former boxer was 19. 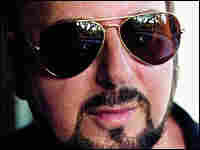 In his new documentary, called simply Tyson, filmmaker James Toback turns his camera on Mike Tyson — the controversial former heavyweight boxing champion. Tyson, infamous for taking a bite out of Evander Holyfield's ear in 1997 — and for his 1992 rape conviction — talks directly to Toback's camera, telling his own story in between excerpts of archival footage from his life and career.

Toback, the screenwriter behind Bugsy and director of films including Two Girls and a Guy, has been Tyson's friend since the boxer was 19 years old; Tyson premiered in 2008 at the Cannes Film Festival, and opened in the U.S. April 24. 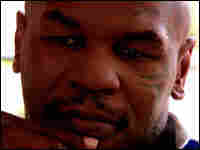 Mike Tyson reflects on his upbringing and his career in the documentary Tyson. hide caption 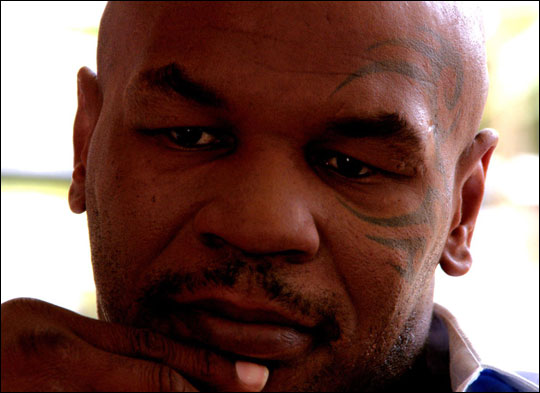 Mike Tyson reflects on his upbringing and his career in the documentary Tyson. 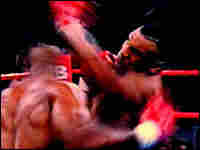 Tyson was the youngest man ever to win the WBC, WBA and IBF world heavyweight titles. hide caption 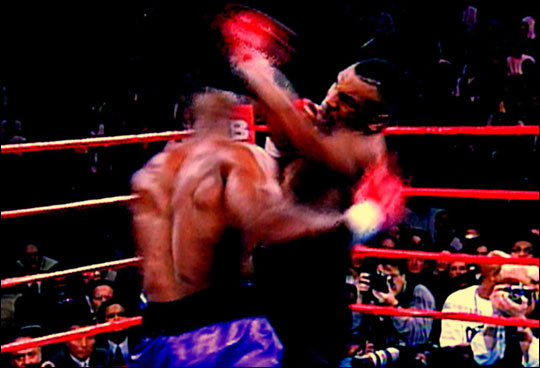 Tyson was the youngest man ever to win the WBC, WBA and IBF world heavyweight titles.

James Toback's enthralling documentary, Tyson, is all Mike Tyson, all the time. It's an 88-minute stream-of-consciousness monologue that makes you sympathize, wince and cringe — and makes you wonder how a man who seemed to all the world an unrepentant thug, an ear biter and a date rapist, could turn out to be so gentle and reflective — not a monster but a damaged Everyman.

How did Toback get him to open up? I've interviewed the director a couple of times: He's chummy, expansive, frequently obscene, infamous in earlier times for his gambling and aggressive pursuit of women. Toback prizes people who take wild risks and live on the edge, even — or maybe especially — if they end up disgraced.

So Tyson always beckoned to him. In 1999, Toback put the champ in his polarizing drama Black and White, where Tyson played himself in an improvised cocktail party scene. Toback directed Robert Downey, Jr. in the role of a gay producer to sidle up to Tyson and make a pass at him — and Tyson wasn't in on the joke and freaked out and knocked Downey down. Good times! Ten years later, Tyson found in Toback not just a film biographer but also a kind of therapist he could open up to.

At the heart of the film is a contradiction: Tyson, who grew up in a fractured home in a violent neighborhood, says he spent his life trusting no one and confiding nothing. Yet here he is, in close-up, pouring out what he thinks and feels in a high, gentle, lisping voice. He describes himself as a shy weakling adolescent who was scared of bullies and who spent his free time raising pigeons. The day a neighborhood tough guy picked up one of his birds and slowly wrung its neck was the day Tyson won his first fight. After that, he regarded everyone as a potential pigeon-murderer.

Toback mixes new footage of Tyson with bits of old interviews, but it all flows seamlessly. And Tyson can talk. His narration of his matches is driving and incantatory.

The footage behind Tyson's narration is frightening: I've never seen such hard punches thrown so fast. What's just as scary is what he tells interviewers at the end of that fight, that his opponent cried like a little girl. So it's no small thing that he cries on camera in this movie; he says he was an animal back then and when he couldn't be, he stopped boxing. Tyson is candid though not detailed or specific about his mistreatment of women, but he still maintains he was wrongly convicted of rape. Maybe he was, maybe he wasn't — but I doubt he could even have known back then what a woman wanted or didn't want. He was so damaged he had zero capacity for empathy — and way too much power. When his old mentor Cus D'Amato died, Tyson had no one around him who could say, "No."

The Tyson today, barely in his 40, his money largely gone, has a different energy than the fighter we see in old footage. His face, even adorned with Maori warrior tattoos, is wide open to the camera. He says he's looking forward to seeing his kids go to school and to being a grandfather. At times he looks unformed. Toback's revelatory movie, though, might be the start of an amazing second act.