Accessibility links
TV Shows 'On The Bubble' Face An Uncertain Future This is the time of year when TV executives decide which shows should continue into the fall season, and which should be canceled. While poor ratings can help doom a series, a host of other factors contributes to the decision. 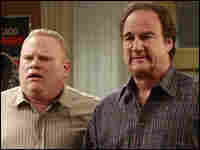 Despite lackluster ratings, ABC's According to Jim (with Larry Joe Campbell, left, and Jim Belushi) has defied cancellation for eight seasons — perhaps because ABC has lacked a suitable replacement. ABC hide caption 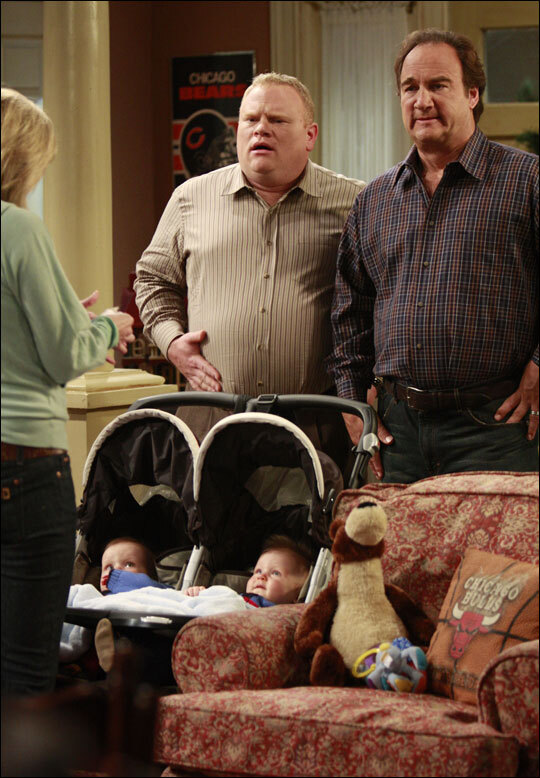 Despite lackluster ratings, ABC's According to Jim (with Larry Joe Campbell, left, and Jim Belushi) has defied cancellation for eight seasons — perhaps because ABC has lacked a suitable replacement. 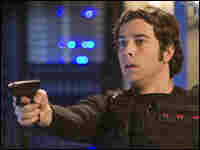 As Jay Leno takes over more of NBC's prime time, the future of Chuck, starring Zachary Levi (above), is up in the air. Paul Drinkwater/NBC hide caption 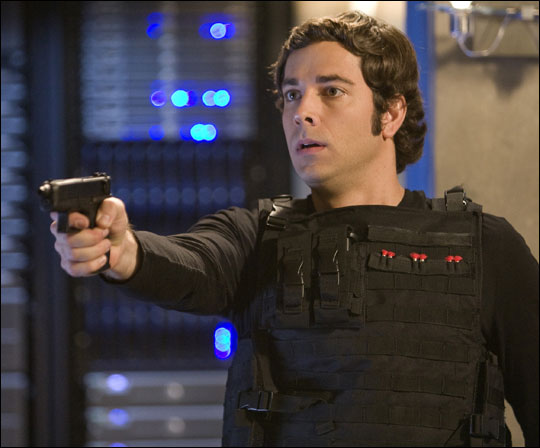 As Jay Leno takes over more of NBC's prime time, the future of Chuck, starring Zachary Levi (above), is up in the air.

NPR's Monkey See blogger weighs in on the campaign to save Chuck.

Hungry For More Data?
The Web site TV by the Numbers provides a detailed analysis of ratings for cable and broadcast TV, including a Cancel/Renew Index, which parses a show's ratings by the ages of viewers, whether or not they watch live or delayed on a DVR, and how the show's ratings compare to the network's overall ratings.

This is the time of year when TV executives sit in judgment of shows that are said to be "on the bubble." Neither monster hits nor outright duds, shows on the bubble exist in a state of limbo, forever on the verge of cancellation before the next season begins.

It's a complicated place to be, because the decision about what to bring back in the fall isn't solely a matter of ratings — there are actually a whole host of other factors that could end up sealing a show's fate.

Take a show like the long-running ABC comedy According to Jim. The show hasn't gotten decent ratings in ages, and yet somehow it has managed to survive for eight years — mainly because ABC has had little luck in recent years developing new sitcoms, particularly fluffy family fare like Jim. But you better believe that if the network develops something in that mold with real potential, Jim is as good as gone.

But Jim has another saving grace: The show is produced by ABC Studios, which may have extended its life on the bubble, since a network is more likely to stick with a project when its parent company doesn't pay someone else to produce the show.

In general, older shows are more vulnerable to cancellation than their younger counterparts, for the simple reason that the cost of creating a show — and paying its actors — typically rises over the duration of its run. It's this fact that may threaten CBS's popular procedural Without A Trace, which is now in its seventh season.

At NBC, some shows may find themselves squeezed out by the network's decision to put Jay Leno in prime time five nights a week. Though Leno may not score the kind of ratings a scripted show gets, his show is much cheaper to produce, and his addition to the schedule means there's almost a third less room for existing shows — which could mean curtains for middling performers like the quirky spy romp Chuck.

Chuck would have probably stood a better chance if Leno weren't taking up so much real estate, but TV is a zero-sum game; new shows come in only when the old ones are moved out.