Planet Earth: Too Big to Fail

Planet Earth: Too Big to Fail 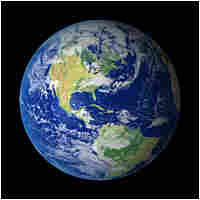 The Obama administration has given itself an extraordinarily powerful tool that could help the president achieve all three of his top domestic goals at once--but only if he has the political moxie to deploy it to its full extent.

That tool is the proposed Endangerment Finding--a formal declaration by the Environmental Protection Agency that global warming indeed threatens human health and welfare. Once the administration issues the final declaration, the Clean Air Act is triggered, giving the administration sweeping authority to decide how to reduce global warming pollution from power plants, vehicles, and other sources, how much, and how fast. According to a groundbreaking new analysis from New York University, the administration could even unilaterally establish a cap-and-trade system very similar to what Congress is considering.

Obama's landmark proposal means that the administration no longer has to go through Congress to make the green economy a reality. No horse-trading with hostile Republicans. No need to throw tens of billions of dollars at the oil and coal industries to win the votes of polluter-friendly members of Congress. No need for sixty votes in the Senate (or even, for that matter, fifty). It will be the EPA looking at the science, listening to public comment and deciding how best to protect the planet, public health and the economy.

With this authority, the administration can do what has been widely dismissed as politically infeasible, but what scientists and others warn is environmentally and economically essential: reducing US global warming pollution from 25 percent to 40 percent below 1990 levels by 2020.

Doing this raises the possibility of giving our children a green and bountiful planet to grow up in and spur the creation of millions of new, high-paying green jobs; it would also go a long way toward achieving Obama's goal of cutting healthcare costs to pay for his $50 billion to $65 billion healthcare plan.

How? Pollution from fossil fuel power plants (mostly coal) adds $167 billion to America's annual healthcare bill, as a result of increased asthma attacks, respiratory diseases, heart attacks, lung cancers, mercury poisoning and other impacts that come with coal's soot and smog. Acting against global-warming pollution would cut other kinds of toxic pollution too, as businesses invest in energy efficiency and clean energy and move away from polluting sources of energy. Add the tens of billions of dollars of additional healthcare costs from auto tailpipe pollution, and the savings are even higher--potentially paying for the entire additional cost of President Obama's healthcare plan.

Despite these benefits, the administration has suggested it might slow-walk its way to climate regulation, in hopes that Congress will produce a bill more precisely suited to greenhouse gas regulation than the Clean Air Act Authority.

We've seen the consequences of this kind of caution and delay before--and they're not pretty. During the Clinton administration, Greenpeace and other environmental groups sued the EPA to require it to issue the endangerment finding. Under pressure from industry, the Clinton administration did nothing and punted the decision to Bush. It took until 2007 for the Supreme Court to decide that the government had to make a decision about the finding and until last week for the government to actually do it. In the meantime, the United States has put a decade's worth of avoidable pollution into the atmosphere.

Furthermore, there's a real risk that Congressional action, even if it comes, will be inadequate. Although the House of Representatives may be moving (slowly) toward passing a climate bill that constitutes a good first step, it still falls somewhat short of what scientists say is necessary. And it's difficult to imagine this Senate, overstuffed as it is with polluter sympathizers, getting sixty votes for anything that reduces emissions to a level even close to what climatologists say gives us a real shot of avoiding a planetary emergency.

But if President Obama learns from the mistakes of his predecessors and quickly establishes aggressive targets, he will set the bar for Congress to meet. If senators want to lower costs for polluters by passing a more efficient system specifically tailored to global warming, they can do so. But to persuade President Obama to sign it, they'll have to make it strong enough so that it at least equals what he does through executive action.

Make no mistake: this is hardball. But for better or worse, hardball is what it's going to take to solve the climate crisis, create a green economy and meet the president's healthcare goals. At the end of the day, President Obama can't afford to let Congress set the schedule--or unilaterally decide the fate of the planet.