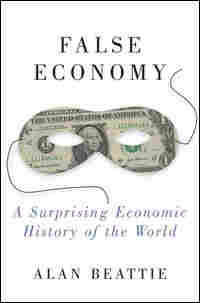 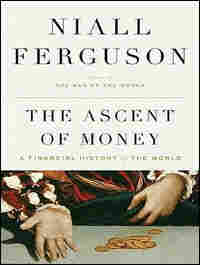 The Ascent of Money: A Financial History of the World
By Niall Ferguson
Hardcover, 432 pages
Penguin Group
List Price: $29.95

Like many people, I'm being kept awake at night by a financial crisis that I don't even understand. But rather than being stressed out and confused, I decided to educate myself by actually picking up an economics book.

This was not as easy as it sounds. Charles Kindleberger has written a classic called Manias, Panics, and Crashes, but the title alone reminded me too much of my emotional state.

Peter L. Bernstein's Against the Gods: A Remarkable Story of Risk was also supposed to be terrific. But what if I paid $20 to find out that I was a financial coward? I couldn't chance it.

Then, I came across Niall Ferguson's The Ascent Of Money: A Financial History of the World, and a brand new book by Alan Beattie called False Economy: A Surprising Economic History of the World. These appealed to me because they didn't seem to be so much about finance, as, well, history. Storytelling: That, I could get behind.

And so, I settled in with both tomes for what I figured would either be an informative read or — let's face it — a good nap. After all, this is still economics we're talking about.

But I found myself riveted by two lucidly written, engaging books that complement each other beautifully. One explains the components of financial systems, the other illustrates how they've shaped different countries' fates. And both place our current financial crisis in a greater historical context.

Ferguson's The Ascent of Money charts the evolution of our financial system from Babylon right through May 2008. He starts with money itself — first conceived as clay tablets in the ancient world — and ends with the virtual "electronic" money that so many of us use today.

Through examples drawn from the Medicis to Shakespeare, he explains the hows and whys of the bond market, the development of the stock market, private insurance, mortgages, "financial bubbles" and so forth. Ferguson states that the purpose of his book is to "educate" — and he does. The only trouble I had getting through it was because I kept underlining so much of it.

While Ferguson charts the evolution of finance — and folly — Beattie's book, False Economy, explains, in an equally compelling fashion, how and why countries got where they are today because of financial decisions they've made. His book takes off like a rocket. He begins with a comparison between Argentina and the United States — both countries had similar beginnings and economic prospects, yet one became a powerhouse, while the other devolved into a nearly Third World country. Thoughtfully, Beattie explains why.

Drawing upon everything from Chinese history, to the repeal of the Corn Laws, Beattie takes readers on what he calls "a whistle-stop tour of the world" to explore how societies have become what they are.

I was swept away. When I closed the book, I was dizzy, but smarter.

Ferguson and Beattie are not Milton Friedman: Neither elevates the free market to god-like status. Reading these books made it clear that the economy isn't some big, uncontrollable, inhuman force. People create it. And since we got ourselves into this mess, we can also get ourselves out of it.

I'm still being kept awake at night. But thanks to The Ascent of Money and False Economy, now it's because I'm up reading.

Susan Jane Gilman is the author of the new memoir, Undress Me in the Temple of Heaven.

Franklin Delano Roosevelt, perhaps the greatest of all of America's presidents, loved stories about himself. One of his favorites went like this. During the Great Depression of the 1930s, one Wall Street commuter had a daily morning ritual. He would buy the newspaper on the way into the train station. He would glance only at the front page and then, without taking another look, hand it back to the boy on the newspaper stand and board the train. Eventually, the newspaper boy got up the courage to ask him why he only ever read the front page. The commuter explained that he bought it solely for the obituaries. The newspaper boy pointed out that the obituaries were at the back. "Boy," the man said, "the son of a bitch I'm interested in will be on page one."

At the time, Roosevelt was busy trying to save the US economy in the face of a colossal global dislocation. He was working to preserve the most powerful engine for creating wealth in the history of the world. To do so, he expanded radically the frontiers of American government. And a decade later, at the end of his presidency and his life, he would help to create the institutions that led a global economy shattered by war and by misguided isolationism back on the route to openness and prosperity.

And yet he was vilified by some, like that New York commuter, who would continue to benefit from the success that he helped to restore. Roosevelt was trying to save capitalism from itself, and some of the capitalists were resisting. Knowing the right thing to do to enrich your nation and the world is hard enough. Bringing people with you to get it done is even harder.

The financial crisis that started in 2007 and exploded across the world in 2008 was a reminder of how fragile and reversible is the history of human progress. But it should also remind us that our future is in our own hands. We created this mess and we can get ourselves out of it.

To do so involves confronting a false economy of thought — that our economic history is predestined and that we are helplessly borne along by huge, uncontrollable, impersonal forces. To explain the vast complexity of the economic history of the world, there is a rich variety of fatalistic myths on offer: that capitalism is intrinsically doomed to fail; that some economies (the US, Western Europe) were always going to get rich and that others (Africa) were always going to stay poor; that particular religions are intrinsically bad for growth; that market forces are unstoppable; that the strutting vanguard of globalisation cannot be routed and driven into retreat.

The aim of this book is to explain how and why countries and societies and economies got to where they are today: what made cities the way they are; why corruption destroyed some nations but not others; why the economy that fed the Roman empire is now the world's biggest importer of grain. But it will reject the idea that the present state of those economies, countries and continents was predetermined. Countries have choices, and those choices have substantially determined whether they succeeded or failed.

Economic history is a challenging thing to explain, and to read, for two reasons. First, it involves forcing together disciplines that naturally fall in different directions. History in its most traditional form lives on specifics and particularities — what the historian Arnold Toynbee (disapprovingly) called the study of "one damned thing after another". It stresses the importance of narrative in the way that countries develop, the role played by chance and circumstance and the influence of important characters and events. Economics, by contrast, seeks to extract universal rules from the mess of data that the world provides — providing reliable and testable predictions that economies run in a particular fashion, or starting off from a particular point, will end up a particular way. Both approaches have risks. If history can become the undisciplined accumulation of a random heap of facts, economics risks descending into the pseudo-scientific compression of a complex reality into a simplistic set of fixed categorical moulds.

Second, economic history is vulnerable to fatalism. Any study that takes as its endpoint the present day is always vulnerable to arguing backward from the conclusion. History is so rich in scope and detail that it is always possible to pick a particular constellation out of the galaxy of facts to explain clearly and precisely why things are as they are. Yet such reasoning is frequently proven wrong by subsequent history. Or it completely fails to explain why other, similar, countries and economies came to a different end.

If we are going to learn from history rather than just recording it, we need to stop reasons becoming excuses. Drill too far down into explanations of how things turned out the way they did and you risk hitting a bedrock of determinism. There are plenty of reasons why countries have made mistakes. Often their decisions are driven by a particular interest group, or a coalition of them, whose short-term gains stand at odds with the nation's longer-term interests. But such interests can be overcome. Similar countries facing similar pressures can take different decisions. Most nations that discover oil and diamonds in their ground suffer as a consequence, but not all do. Some interest groups have captured countries and dragged them down; some have been resisted. Islamic beliefs have proved a drag on certain economies at certain times, but they do not have to. Some economies have managed to capture great benefits from the globalisation of markets in goods and services; some have missed out.

History is not determined by fate, or by religion, or geology, or hydrology, or national culture. It is determined by people. This book is not a whimsical set of disconnected stories. It is an explanation of how human beings have shaped their own destiny. It also shows how decisions being taken now are determining our future.

Nothing can call back the finger of history to cancel even half a line of what has been written. But still we can compose the script for the remainder of our lives and beyond.

Reprinted from FALSE ECONOMY: A Surprising Economic History of the World by Alan Beattie by arrangement with Riverhead Books, a member of Penguin Group (USA), Inc., Copyright © 2009 by Alan Beattie 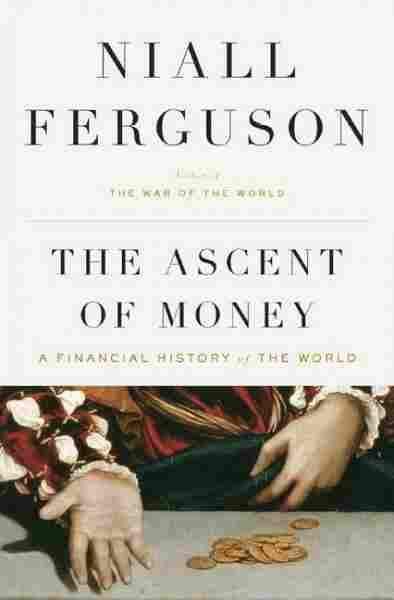 The Ascent of Money

A Financial History of the World 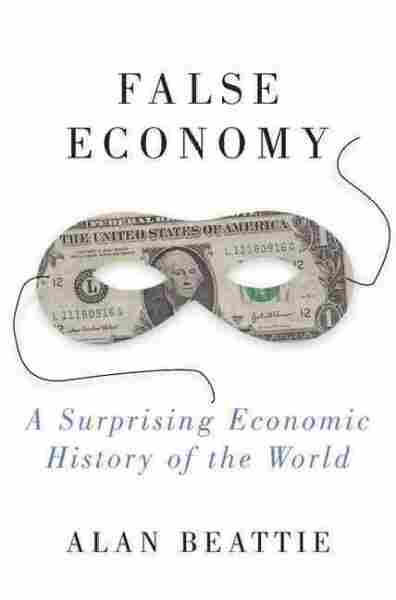 A Surprising Economic History of the World