Accessibility links
Joshua Redman, 'Back East' at Blues Alley Joshua Redman nearly became a lawyer, but the pull of jazz was stronger. Redman's father was the famous saxophonist Dewey Redman, and the sounds of jazz inspired him to take up the sax himself at age 10. 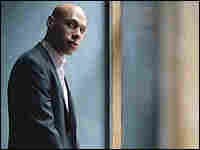 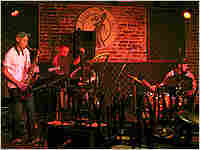 'The Surry with the Fringe on Top'

Saxophonist Joshua Redman is one of the most charismatic and successful artists in jazz. His success is deserved, and it's been keeping him busy.

He founded the SFJAZZ Collective, a composer's "workshop" band dedicated to new music. He also served as the artistic director of the San Francisco Jazz Spring Season for seven years, and has released eleven recordings as a band leader.

Redman's newest CD is Back East. We caught up with him rehearsing tunes from the new album at Washington, D.C.'s legendary jazz club Blues Alley.

Redman's inspiration for Back East came from Sonny Rollins' classic recording Way Out West. Redman says it all happened rather randomly. "I had my itunes on shuffle and 'I'm an Old Cowhand' from Way Out West came on and it just blew me away. I rarely have these moments of inspiration but immediately I said 'I've got to do my own version of this song.'"

Even before that inspiring moment, Redman knew he wanted to do a stripped-down acoustic trio record--just sax, bass and drums.

"It's a tremendously liberating format," Redman says. "Because there's no piano, no dedicated melodic instrument, it gives me and the other musicians so much room to experiment and explore, both melodically and harmonically. But with that freedom comes an awful lot of responsibility."

Redman has a distinguished musical pedigree. His father was the revered tenor saxophonist Dewey Redman, and his mother, dancer Renee Shedroff, introduced him to music at a young age. Redman took up the saxophone in 5th grade, and later played in the Berkeley High School Jazz Ensemble.

At Harvard, he earned his bachelor's degree, but not in music. He did play in the big band, however, encouraged by the great tenor saxophonist and Artist-in-Residence Illinois Jacquet. 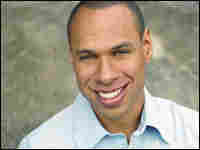 Saxophonist Joshua Redman has been the darling of jazz critics for more than a decade. At Zankel Hall, he plays bebop and blues in a trio with two new collaborators: bassist Reuben Rogers and percussionist Ali Jackson Jr. The ensemble lets the audience eavesdrop on some new, evolving tunes and performs surprising renditions of popular songs, including "Surrey with a Fringe on Top" and Antonio Carlos Jobim's "How Insensitive."