Accessibility links
Tommy Keene: A Power-Pop Master Returns : World Cafe Keene's songbook contains some of the best rock to come out of the '80s post-punk era. Balancing his roles as a solo artist and a hired gun for acts like Robert Pollard and Paul Westerberg, Keene has earned acclaim for his hook-writing mastery and thunderous guitar work. There's a healthy dose of both on Keene's latest release, In the Late Bright. 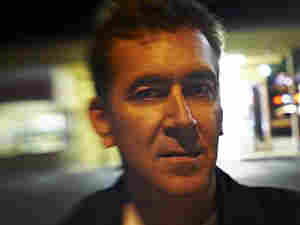 From his beginnings as a child pianist through his decades as pop-rock singer-songwriter, Tommy Keene has written some of the best work of the 1980s post-punk era. Despite his lack of commercial success, Keene's power-pop was marked by romantically bittersweet melodies and swift arrangements. Balancing his roles as a solo artist and a hired gun for acts like Robert Pollard and Paul Westerberg, Keene is known for his thunderous guitar work and master of pop hooks.

His first studio album since 2002, In the Late Bright, embodies Keene's impeccable pop sensibilities. With swirling guitars and touches of keyboard, Keene's post-punk and folk-pop compositions demonstrate a career's worth of strengths. In a session with World Cafe host David Dye, Keene reveals the music that inspired his sound.