Accessibility links
Movie Review - 'Home': A Mother's Struggle To Find Herself Mary Haverstick's drama about a mother struggling to reinvent herself stars Marcia Gay Harden and her actual daughter — both appealing. But the film's virtues don't extend beyond the anecdotal.

A Mother's Struggle To Find 'Home' — And Self

A Mother's Struggle To Find 'Home' — And Self 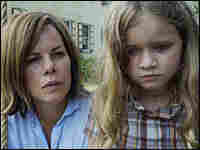 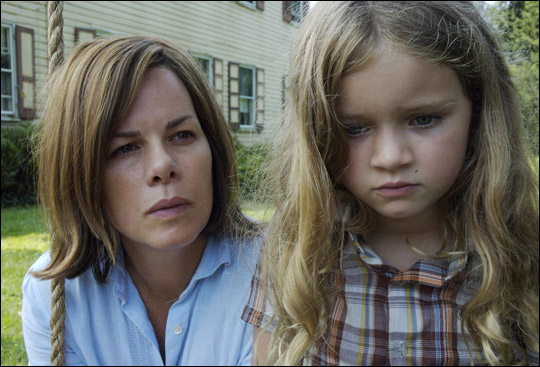 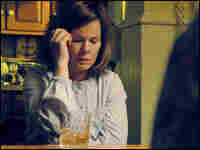 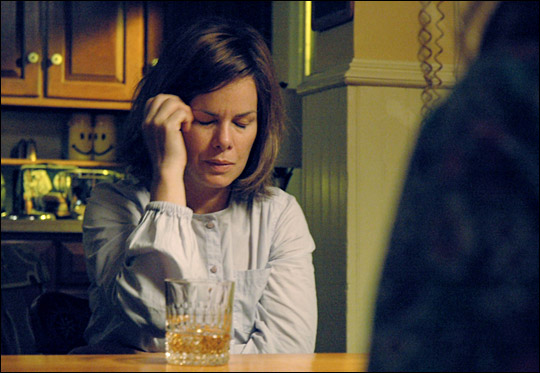 As her marriage unravels, Inga (Marcia Gay Harden) attempts to drown her sorrows.

A mother and child contend with commonplace dilemmas in Home, a showcase for actress Marcia Gay Harden and her actual daughter, Eulala Scheel.

Writer-director Mary Haverstick's semi-autobiographical drama may well touch viewers with some personal connection to the story, but it doesn't transcend its anecdotal elements.

"Change can be wonderful," proclaims mom. "But it never is," her daughter replies.

The kid's got a point. Inga recently had a mastectomy, and her marriage is unraveling as her husband broods about his declining business. Both Inga and Hermann (Michael Gaston) drink too much, and then either fight or sulk.

Wiser than either of them — if not altogether plausible as a character — Indigo has taken to pouring her mother's booze down the drain.

Although flashbacks suggest that Inga's childhood was far from happy, the woman has decided to re-create it. She wants to buy a local farmhouse that resembles her long-demolished childhood home. Hermann says they don't have the money. Indigo, meanwhile, claims the place is haunted.

The girl must be right. She's right about everything.

If Inga won't listen to her own child, perhaps she can be swayed by the movie's voice-overs, which offer poems by Mary Scott Haverstick, the director's late mother. Sample insight: "I am. Are you?" Neil Diamond couldn't have said it better.

The message of this self-actualization parable is that Inga needs to escape her life and become herself. She must flee even the picturesque scenery and old-fashioned charm of York and Lancaster counties, lovingly rendered by lifelong resident Haverstick. (The filmmaker even devotes a scene to celebrating homemade Amish quilts.)

The only thing Inga can retain on her journey is her relationship with her daughter, which is the film's most appealing aspect.

Harden and Scheel may not exactly be acting when they portray their rapport, but they bring authenticity to a tale that sometimes seems forced. They're the real thing, even if the characters they play aren't quite.