Accessibility links
The Next Justice: No More Mr. White Guys The Supreme Court is hardly a representative slice of America. Commentator Christopher Eisgruber says diversifying the court in terms of race and gender would be consistent with Obama's principles and his Cabinet appointments.

The Next Justice: No More Mr. White Guys

The Next Justice: No More Mr. White Guys 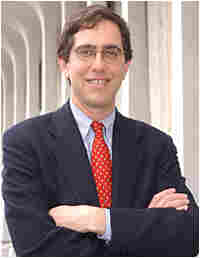 When President Obama chooses David Souter's successor, the nomination will not shift the balance of power on the Supreme Court. Souter is a moderate liberal, and the president will undoubtedly replace him with a liberal. Even if Obama gets one or two more appointments during his first term, they are unlikely to change voting patterns significantly, since the oldest justices are also liberals.

So what can Obama do to change the court? He can diversify it. The most obvious opportunities are demographic. Only one woman now serves on the court, and no Hispanic-American or Asian-American has held a Supreme Court seat.

Diversifying the court in terms of race and gender would be consistent with Obama's principles and his Cabinet appointments. It would also be smart politics. Political scientists report that symbolically important court appointments — such as President Reagan's appointment of Sandra Day O'Connor — can increase a president's support from key electoral constituencies.

Obama could also diversify the court in terms of experience. The current justices are cut from similar cloth. Every sitting justice was a federal appeals court judge before his or her appointment. Never before in our nation's history had that been true. No sitting justice has ever held elected office. Political experience was a common credential for justices in the past.

Nor does the court have much geographical diversity. John Paul Stevens is from Illinois, Anthony Kennedy is from California and Souter is from rural New Hampshire. The other six justices spent their careers in the Boston-New York-Washington corridor. All the justices except Stevens attended either Harvard Law School or Yale Law School (Ruth Bader Ginsburg began at Harvard but finished her law degree at Columbia).

The concentration of Washington lawyers is especially intense. The court's four staunch conservatives — Antonin Scalia, Clarence Thomas, John Roberts and Samuel Alito — spent time in the administrations of Republican presidents. Stephen Breyer worked for the Justice Department and the Senate Judiciary Committee. Ginsburg was an appeals court judge in the District of Columbia.

Does this lack of diversity harm the court? Yes, for two reasons. First, many kinds of experience are relevant to constitutional law. Experience as a federal judge is certainly relevant. Experience in elected office is also relevant, however. A broader range of perspectives would enrich the court's jurisprudence.

Second, Washington is more polarized on social issues than the rest of America. Washington lawyers have a long memory for battles over the Clinton impeachment, the Bork nomination and so on. Not surprisingly, the Washington insiders who dominate the court exhibit great ideological coherence. No longer do we have any justices like John Marshall Harlan II, who was liberal on privacy issues and conservative on federalism, or Hugo Black, who was liberal on free speech and minority rights but conservative on criminal procedure.

President Obama's remarks about the Souter vacancy suggest that he appreciates the need to diversify the court. He has said that he will look for a nominee capable of "understanding and identifying with people's hopes and struggles." That commitment may lead Obama to break the mold of recent appointments. If so, he will change the court for the better. 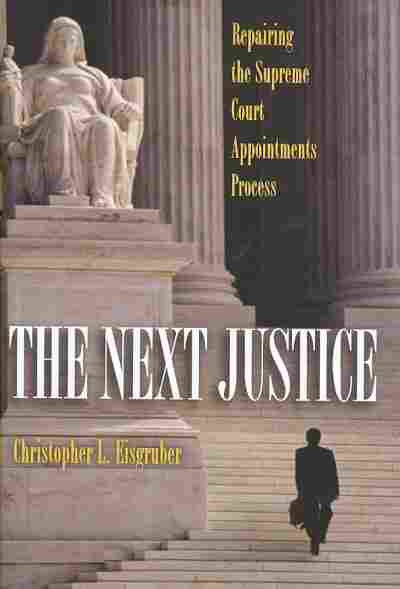