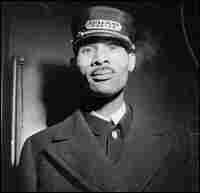 Early unionizing efforts of the Pullman porters laid the groundwork for the civil rights movement. Library of Congress hide caption 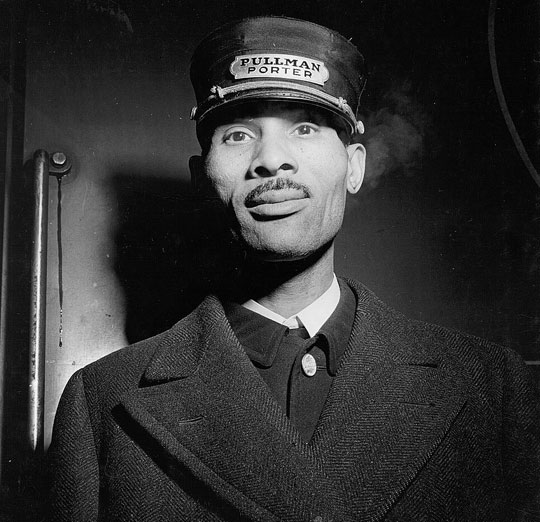 Early unionizing efforts of the Pullman porters laid the groundwork for the civil rights movement.

Hear Why The Pullman Porters Picked A. Philip Randolph To Help Them Unionize

As part of this years National Train Day celebration on Saturday, Amtrak is honoring the legacy of Pullman porters in Philadelphia. The porters served first-class passengers traveling in the luxurious Pullman sleeping cars, and the safe, steady work that allowed tens of thousands of African-Americans access to middle-class life.

George Pullman, the entrepreneur who invented the sleeping car and began hiring porters for them in 1868, was looking for people who had been trained to be the perfect servant, and these guys backgrounds [were] as having been chattel slaves. He knew that they knew just how to take care of any whim that a customer had.

Tye, who wrote Rising from the Rails: The Pullman Porters and the Making of the Black Middle Class, says Pullman knew they would come cheap, and he paid them next to nothing. And he knew that there was never a question off the train that you would be embarrassed by running into one of these Pullman porters and having them remember something you did that you didnt want your wife or husband, perhaps, to remember during that long trip.

Over time, the porters were able to combine their meager salaries with tips. They saved and put their children and grandchildren through college, which helped them attain middle-class status.

After decades of discrimination and abuse, the porters eventually organized in 1925 and became the first African-American labor union. The porters hired an outsider named A. Philip Randolph, who patiently fought for, and won, a collective bargaining agreement in 1937.

Randolph used his experience fighting the Pullman Company to help organize the civil rights movement. E.D. Nixon, a Pullman porter and leader of a local chapter of the Brotherhood of Sleeping Car Porters, worked with one of his employees to help start the 1955 Montgomery bus boycott in Alabama.

Nixon used Rosa Parks arrest as a rallying cry to help organize the boycott. Because Nixon was often out of town attending to his duties as a porter, he enlisted the help of a young black minister new to Montgomery to run the boycott in his absence: the Rev. Martin Luther King Jr.

As train service declined, and the civil rights movement grew, the number of Pullman porters dwindled.