Accessibility links
James Carville Angles For '40 More Years' When it comes to political pundits and strategists, it's hard to find someone better known than James Carville. He helped President Clinton win. Now he's got advice for democrats to help his party "rule" the next 40 years. 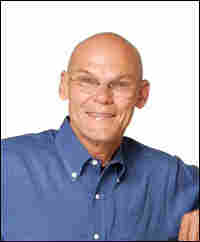 When it comes to political pundits and strategists, it's hard to find someone better known than James Carville.

Nicknamed "the Ragin' Cajun," Carville helped President Clinton win. Now he's got advice for democrats to help his party "rule" the next 40 years.

"A democratic majority is emerging," Carville writes. He continues, "much of the credit goes to Barack Obama," but Carville sees a second "benefactor:" former president George W. Bush. 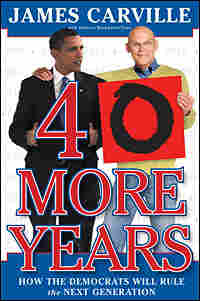 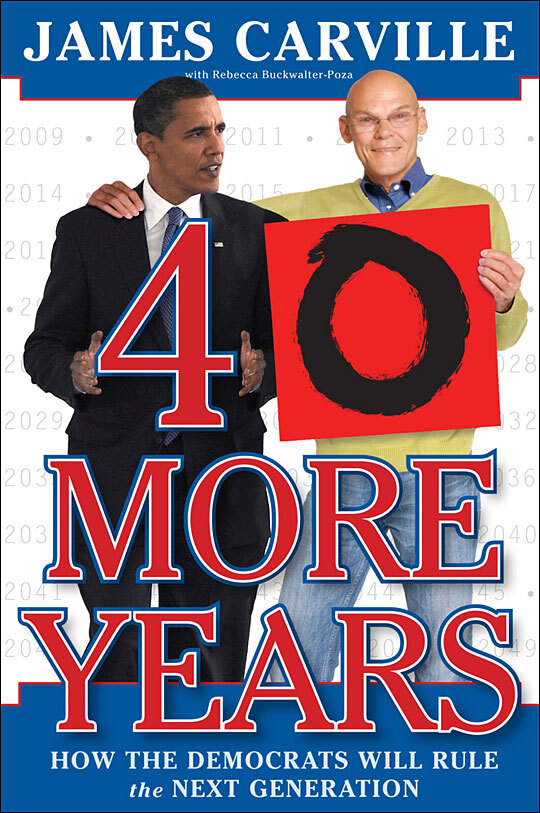 When historians or scientists look back over huge cataclysmic events, they generally find some harbinger that went unnoticed at the time.

There's always a warning. If you're a chaos theorist, it's the flapping of the proverbial butterfly's wings in New York that caused a tsunami in Hong Kong. A meteorologist might think of it in terms of a category five hurricane that began as a low- pressure area off the Cape Verde Islands on the African coast. Historians remember the assassination of the Archduke Ferdinand as the spark for World War I.

When future historians begin to examine the absolutely disastrous events during the term of President Bush, from massive incompetence to blatant falsehoods and the trampling of the Constitution to the savaging of the good name of the United States around the world, they will look for one of these events.

The stealing of the election of 2000 in Florida is going to be a leading qualifier. But it isn't the one to focus on, for several reasons. (After all, there's really nothing that unusual in people resorting to the courts to try to win an election that they didn't win in the first place.)

Two events occurred within a sixty-day time frame that really set the stage for the current state of America and, more to the point, the sorry state of the Republican Party. The first was a memo written by Matthew Dowd in late November or early December of 2000. At the time, it probably escaped the majority of Republicans' notice, and it was certainly well under the Democratic and national radar.

The exact content and evidence he used is largely unknown. I certainly don't know what exactly was in it, and I don't know of anyone who'd let me borrow a copy as I was writing this book. The best authority on the content of the Matthew Dowd memo that I know of is Thomas Edsall, who wrote about it in Building Red America. Here's Edsall's summary of the momentous memo that sealed the fate of the Republicans in 2008 and beyond:

Dowd analyzed poll data and found that the percentage of voters who could be classified as genuinely "swing" or persuadable voters had shrunk from roughly 24 percent of the electorate, to 6 percent or less. This meant that developing governing and election strategies geared at building up turnout among base votes became much more important than developing governing and election strategies designed to appeal to swing, or middle- of- the- road, voters. Persuading a non- voting conservative, a regular listener to Rush Limbaugh, or a hunter determined to protect gun rights to register and get to the polls became much more important and more cost effective than going after the voter who is having trouble making up his mind as to which candidate to vote for. The result was the adoption of policies designed to please the base (tax cuts for the wealthy, restricting abortion, appointing very conservative judges, opposition to stem cell research) that ran counter to Bush's 2000 claim to be a "uniter, not a divider."

Essentially Dowd concluded that trying to win elections by appealing to people in the middle, the vaunted swing vote, was a waste of time. Dowd posited that the real way to win elections was to appeal to and mobilize base voters. In essence Dowd repackaged a strategy many other Republicans, including Reagan, had used before, playing to the base to get elected, and suggested taking it quite a ways further than the GOP had ever dreamed. The Bush team embraced Dowd's memo enthusiastically.

The Bush administration thoroughly and relentlessly implemented the recommendation of the Dowd memo. The result was the rise of the Christian right in U.S. politics and the establishment of a near neo- theocracy, and, of course, a disastrous war, among other things. That memo may well go down in history as one of the most important, influential political documents of the century (if anyone can find it).

Now we come to our second harbinger of disaster. The Bush administration, like a bunch of teenagers with a new car, was eager to take Dowd's strategy for a test drive as they came into office. They wanted to see how far from the middle, how distant from truth, they could go.

And here let's take a quick minute for Carville's story time. I've got a real good one, courtesy of my friend Terry McAuliffe, who's done exhaustive, and, I might add, unchallenged research on the subject of Republican falsehoods. I'll tell you this story because it gives us great insight into just how far they were willing to go and how great the consequences of such a comparatively small lie were.

When the Bush administration was first moving into the White House, doing whatever it is Republicans do to feel at home, someone decided the staff would claim that the "Clinton people" trashed the White House. Although I'm not prepared to name a suspect at this point in time, I might venture a general guess that the suspect's initials are Karl Rove.

It was a very involved process, putting out this rumor. The Bush people got creative, giving us an early inkling of that loose relationship with the truth we'd see so much of later on. They told everyone that these Clinton maniacs had removed all the "W" keys from the keyboards of the computer. (I have a lot of things in my closet, but no keyboard keys.) Then the Bush folks set about shopping this rumor to see if the press would bite, if the Democrats would protest, and generally just see how far they could take the strategy.

Ari Fleischer got out and said that the Bush administration staff would be "cataloging" the extensive vandalism that was being rumored of the Clinton staffers. The exact quote? As reported by the New York Post, Fleischer said, "What we are doing is cataloging [what] took place." Fleischer volunteered that the White House might itemize the cost of the pranks to taxpayers, but graciously conceded that the cataloging was "very informal — we're going to note it and that's that. Nothing will ever come of it."

The ease with which Republicans were able to feed fiction into the national news cycle told the White House that (a) they could say whatever they wanted and the press would not challenge them; (b) the Democrats were too confused or afraid to mount a vigorous defense; and (c) the public was willing to believe their lies. It wasn't until May that the media finally conceded to debunk the rumor. 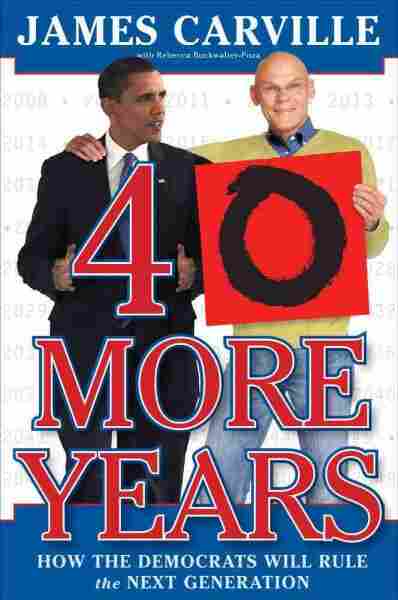 How the Democrats Will Rule the Next Generation

by James Carville and Rebecca Buckwalter-Poza