Accessibility links
As Requirements Change, Just Who Is An Indian? As tribal numbers dwindle, many Native American communities are reexamining how they define what it means to be a member. But lowering the blood requirement for membership has both political and economic impacts for many groups. 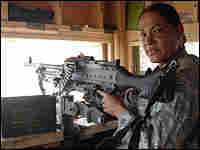 Melissa Lompre, a Menominee tribal member, just back from a tour of duty in Iraq. She says she's not able to enroll her two children in tribal activities because they're half Puerto Rican. Courtesy of Melissa Lompre hide caption 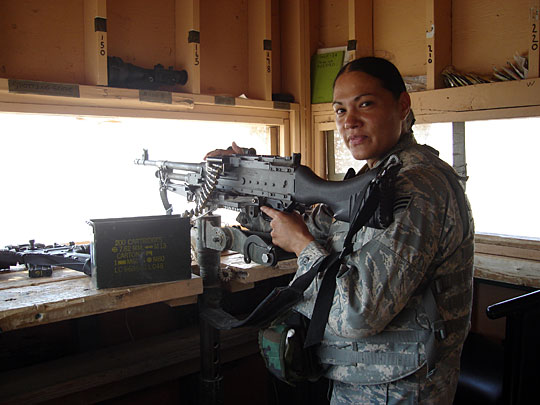 Melissa Lompre, a Menominee tribal member, just back from a tour of duty in Iraq. She says she's not able to enroll her two children in tribal activities because they're half Puerto Rican.

About 'We Shall Remain'

In conjunction with the television series We Shall Remain, airing Mondays on PBS in the coming weeks, NPR is presenting four radio stories reporting on contemporary Native American lives. This story is the last of four that have aired over the past month.

PBS: 'We Shall Remain' Series 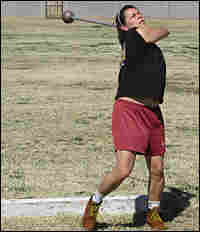 Denise Hobson-Ryan practices for the upcoming Highland Games tournament. Half Navajo and half Irish, Hobson-Ryan understands the dilemma many tribes are facing. Tony Ganzer for NPR hide caption 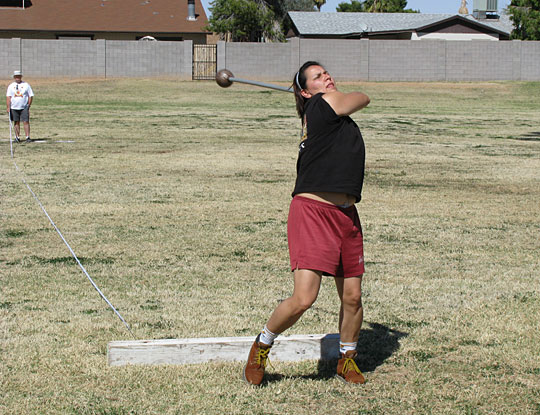 Denise Hobson-Ryan practices for the upcoming Highland Games tournament. Half Navajo and half Irish, Hobson-Ryan understands the dilemma many tribes are facing. 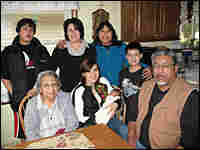 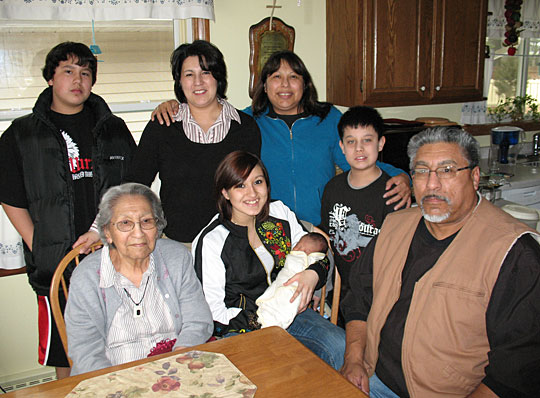 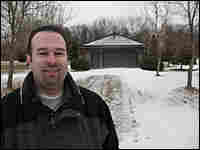 Darren Kroenke, of the yet-to-be recognized Brothertown Indians, stands on the tribe's three-fourths of an acre parcel of land. Brian Bull for NPR hide caption 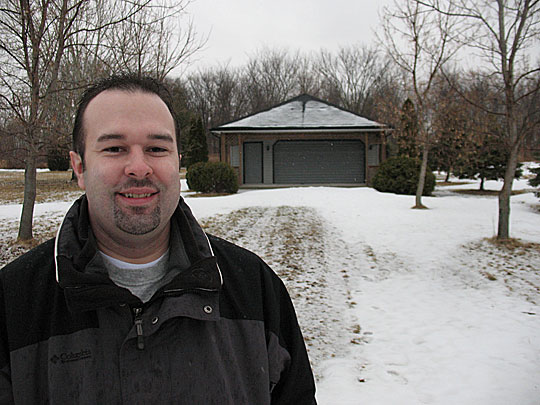 Darren Kroenke, of the yet-to-be recognized Brothertown Indians, stands on the tribe's three-fourths of an acre parcel of land.

Many Native American communities are struggling with a basic question: just who is an Indian? As tribal numbers dwindle, many are reexamining how they define what it means to be a member. But lowering the blood requirement for membership has both political and economic impacts for many groups.

At a ranch house in Wisconsin Rapids, about 100 miles from Madison, five generations of a Native American family gathered under one roof. Florence Camacho, an 89-year-old Potawatomi elder, helps her grandson Dontae make a traditional piece of neckwear. They've scattered red, yellow and brass beads all over the kitchen table.

"After you're done beading it, you have to tie knots right there," Dontae says. "Then my grandmother's going to have to leather it, right there."

Nearby, Camacho's other grandchild, Mareenah Poulin, cradles her son, Leeam, who is just two weeks old.

Leeam's soft brown eyes open for a moment, then he's back to sleep as Poulin's mom, Amber Malone, looks on. She wants Leeam to learn all about her tribe, the Prairie Band of Potawatomi. Only technically he's not actually a member. Most tribes, including the Potawatomi, require at least one-quarter tribal blood to become official — complete with enrollment card and number. Malone says she's worried how enrolled members will treat her grandson — who doesn't have that one-quarter tribal blood — as he grows up.

"I know of people that have asked for proof," Malone says. "If you don't have proof, then you're not an Indian. In the native culture, some people treat them as substandard individuals. As wannabes."

Malone says there's talk among the Potawatomi of lowering the requirement to one-eighth. That — in a stroke of a pen — could double the tribe's membership, but there's a lot at stake here. Enrolled members enjoy tribal benefits, including health care and education, and there are science and art programs, too. Malone would love that for her own family.

"Anything that's going to better enrich their lives — whereas you have children that are nontribally enrolled, you're kind of stonewalled as far as trying to get them the help and the tools to help better culture their minds," she says.

In recent years, some tribes have gone the other way. They've actually reduced membership. While leaders say it's a matter of legitimacy, critics say it's all about money — namely per capita payments based on casino revenues.

"And to be quite honest with you, I think with a lot of tribes it all comes down to the money issue," Malone says. "They lower the blood quantum, there's a lot more people that are going to be able to come onto the rolls. And that per capita is going to be cut right in half."

Across the room, Malone's dad, Fred Camacho, is watching a ballgame on TV. He says many tribes are considering lowering their blood quantum and that it's inevitable.

"Understanding that if you maintain a quarter-blood quantum, at some point the tribe will disappear," he says. "Unless, and I have seen the argument, you marry another one of your tribe."

The Struggle For Identity

That issue, marriage, is a contentious one among Native Americans. In Madison, Melissa Lompre tells a story: She was looking for a new church and recalls enjoying the services at a local Native American church, until "a man got up, and he made a comment: 'Our Native American brothers and sisters, here, they're not married to or with other Native American people.' I was going to stand up and say, 'Well, I'm here as a Native American person praying with all of you, what does it matter who I'm living with, who I'm married to?' and I just didn't go back to that service anymore."

Lompre's part Menominee, Ojibwe and Delaware, but two of her kids are half Puerto Rican, from their father's side.

The struggle for identity among Native Americans isn't just about outsiders; Lompre says other natives have looked down on her for not growing up on the reservation.

"I wish there was a magical mutt nation that you could put people in that could have that identity given to them, but there's not," she says.

Even if someone is enrolled and lives on a reservation, that's still no guarantee they'll be considered Indian, as Denise Hobson-Ryan knows — she's half Navajo and half Irish.

In a dry, scrubby park in Phoenix, Ryan swings then hurls a round metal weight across a field. It's all practice for an upcoming Highland Games tournament. As her dad measures the distance, Ryan recalls how other kids on the reservation where she grew up teased her for her lighter complexion.

"Well, they would say 'billagona billasaana' because it rhymed really nice, and billagona means white person, and billasaana means apple," Hobson-Ryan says. "So it was, 'billagona billasaana' I heard that all my life growing up. But I lived with my Indian grandma for awhile when I was little. And she'd tell me some things in Navajo to say back to them. So I would say some pretty mean things back. Probably not something you can say on the radio!"

"I mean, I'd never been to a powwow, I had really nothing to add to the conversation," she says. "I think that was sort of where they drew their traditional ideas was, 'Well, you don't do powwows, then you're not an Indian'."

In central Wisconsin recently, the Brothertown Indians held a powwow of sorts. The only problem? According to the federal government, they're not technically Indians. Dressed in their finest beaded and feathered regalia, attendees look and sound like other natives. But the Brothertown aren't federally recognized, which limits them in many ways, like their land.

"The parcel of land that we're standing on here is about a three-fourths acre piece of land that was purchased by the tribe a number of years back, in the process of the federal acknowledgment effort," says tribal member Darren Kroenke, as he walks across tribal property in snow and freezing rain.

The Brothertown are among 300-some Indian tribes seeking federal recognition. A storage garage is the only building. Kroenke says tribal members are anxious for a place at the table, with Wisconsin's 11 federally recognized tribes.

"The issue that I raise is that federal acknowledgment is used as a qualifier," Kroenke says. "But it shouldn't have anything to do with that, it shouldn't prejudice or substantiate history or culture."

Kroenke says it's just a fact that the Brothertown Tribe has a long history in Wisconsin. But after decades, they're still waiting for the government to make them official.