Accessibility links
A Father And Daughter's Tale Of The Obama Pet Which Puppy?, the new children's book by author Kate Feiffer and illustrator Jules Feiffer, was inspired by the Obamas' public search for a dog to join them in the White House. 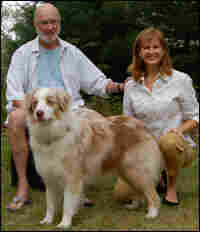 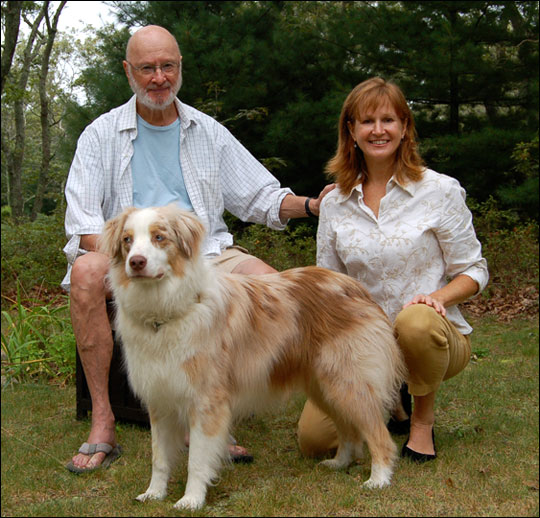 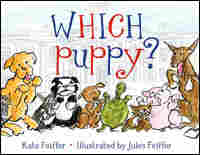 Which Puppy?, the new children's book by author Kate Feiffer and illustrator Jules Feiffer, was inspired by the Obamas' public search for a dog to join them in the White House.

Kate Feiffer says she got the idea for the book during Obama's acceptance speech on election night.

"I watched that, and ... the next day, my editor contacted me and asked if I had any ideas for a story," Kate Feiffer tells Scott Simon.

It turns out she did: Her idea was to write a book about a menagerie of animals — including a kitten, a turtle who takes barking lessons and a Guinea pig who says she can tell time with her tail — who compete to be the new White House pet.

"I had to write it very quickly, because we wanted to get it out before the first 100 days of the administration," says Kate Feiffer.

But the challenge of working under such a compressed schedule meant Feiffer had to scramble to find an illustrator. Luckily, she had someone in her family who worked in the field; her father, Jules Feiffer is a Pulitzer Prize-winning cartoonist, illustrator and playwright.

Jules Feiffer initially balked at the assignment. "I thought it was important that other people do her books ... and I happened to be tied down with deadlines," he says. "But when she couldn't find anybody who would do this immediately — and this needed to be done immediately — I got a pass from one of my publishers."

Father and daughter set to work in Martha's Vineyard, where Kate Feiffer has a house and Jules Feiffer has a summer house, which he describes as "technically heated, but not really."

"It's an entirely different process. You get to see the book evolve and emerge and come to life," explains Kate Feiffer.

Jules Feiffer drew the book in about 21 days. Despite the chilly environs, he calls it "one of the great experiences of my working life."

"Each of [Kate's] books have a voice and a humor that's so akin to my inner ear that it's just a trip and a half to figure out ways to illustrate it. It's not work, it's endless fun. I can't imagine ever having as much fun as I had on this book," he says. 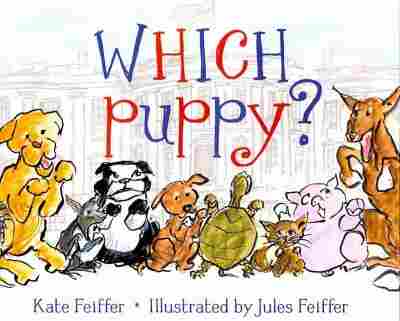 by Kate Feiffer and Jules Feiffer