Accessibility links
Derek Trucks Band On Mountain Stage The slide guitarist has played with The Allman Brothers and Eric Clapton, and has made seven records with his own band — all before turning 30. He demonstrates his lyrical playing and his inclusive take on Southern rock live. 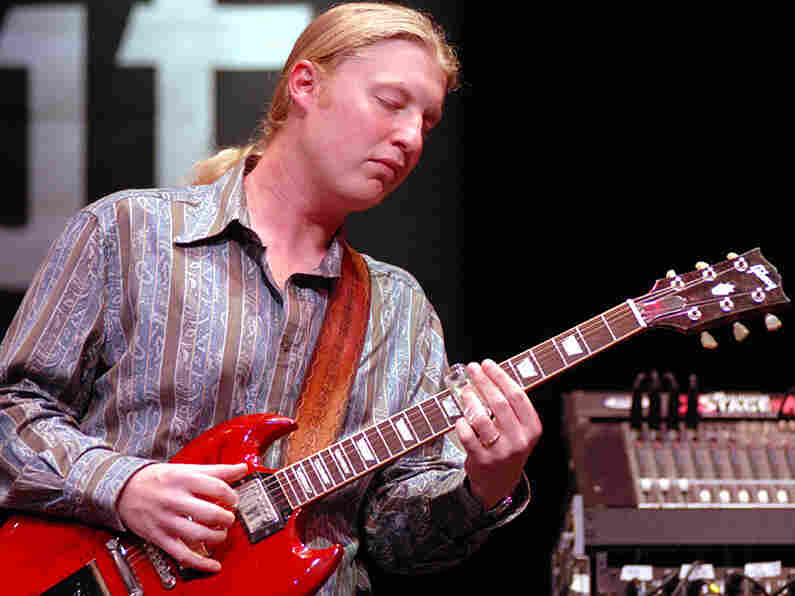 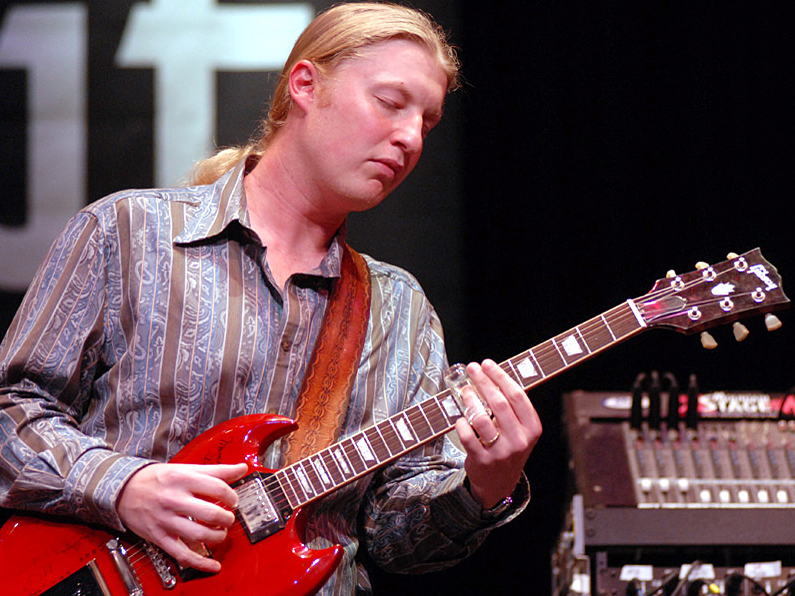 Slide guitarist Derek Trucks has made seven records with his band, toured with Eric Clapton and played in his Uncle Butch's group — who happen to be The Allman Brothers — all before turning 30.

Yet despite his busy schedule, Trucks' career has developed a distinct personality. Extracting a lyrical tone from his guitar, while surrounding himself with world-class musicians, Trucks' brand of music bridges categories such as jazz, Southern rock and jam band.

Singer Mike Mattison and Trucks collaborated in writing the songs "Already Free" and "Don't Miss Me," and the pair got some help from Austin, Texas luminary Doyle Bramhall II on "Get What You Deserve." Along with Yonrico Scott on drums, Todd Smallie on bass, Kofi Burbridge on keyboard and flute and Count M'Butu on percussion, the group puts its stamp on Curtis Mayfield's "We're A Winner," Allen Toussaint's "Get Out of My Life," and "I Know," a song widely associated with Big Maybelle. Their swampy, ethereal take on Bob Dylan's "Down in the Flood" opens the set.