Accessibility links
St. Vincent's 'Actor' A Surreal Sonic Wonderland St. Vincent's Annie Clark started work on her new album, Actor, with a simple goal: to break out of the songwriting patterns she'd developed over years of writing on the guitar and piano. The result conjures '60s girl-group harmonies and the whimsical sounds of Disney animated films.

Laughing With A Mouth Of Blood 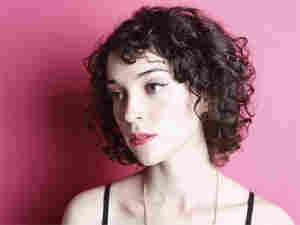 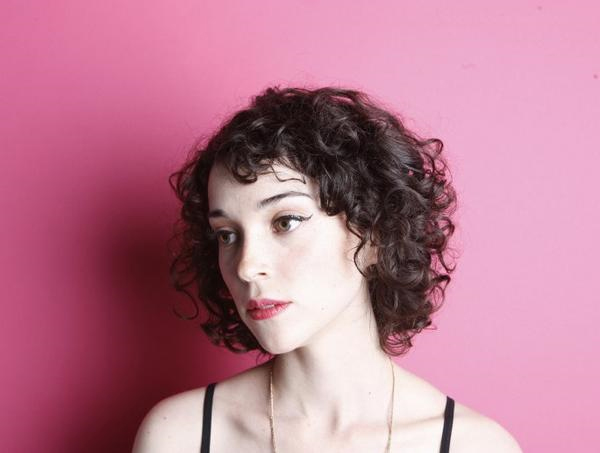 St. Vincent's Annie Clark started work on her new album, Actor, with a simple goal: to break out of the songwriting patterns she'd developed over years of writing on the guitar and piano. She fired up her computer, but didn't plug in any of her instruments. Instead, she drew outlines of melodies in a software program, pointing and clicking as though working on a spreadsheet.

This approach opened up possibilities, Clark says. Rather than thinking in terms of bite-sized pop hooks, she let her melodies wander. They grew weirder, less symmetrical.

St. Vincent surrounds these melodies with gorgeous orchestrations — each of Clark's songs lives in its own surreal sonic wonderland, where violins and clarinets and French horns can be as prominent as guitars. After dreaming these up on the computer, she eventually recorded them with live musicians.

As she went along, Clark says, she grew bolder. She'd start a tune in an atmosphere of sweetness and light, conjuring the harmonies of a '60s girl group or the whimsical sounds associated with Disney animated films like Snow White.

Then, after a few verses, she'd change the weather by introducing harsh, almost violent electric-guitar dissonance.

Listening to these odd and brilliant St. Vincent songs, I can't help thinking about the creative process and how sometimes just one change of method can trigger all kinds of unexpected possibilities. Clark started out with a specific challenge: to write songs in different ways. And look where that led her — to this grand and entirely fresh approach to chamber-pop.