Accessibility links
Leaves Of Grass And The Kingdom Of God Erik Reece grew up the grandson of a fundamentalist preacher, but he left his church in search of a less punitive religion. He describes his struggle with religion in his new book, An American Gospel. 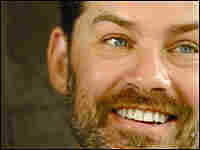 Erik Reece teaches English and writing at the University of Kentucky. hide caption 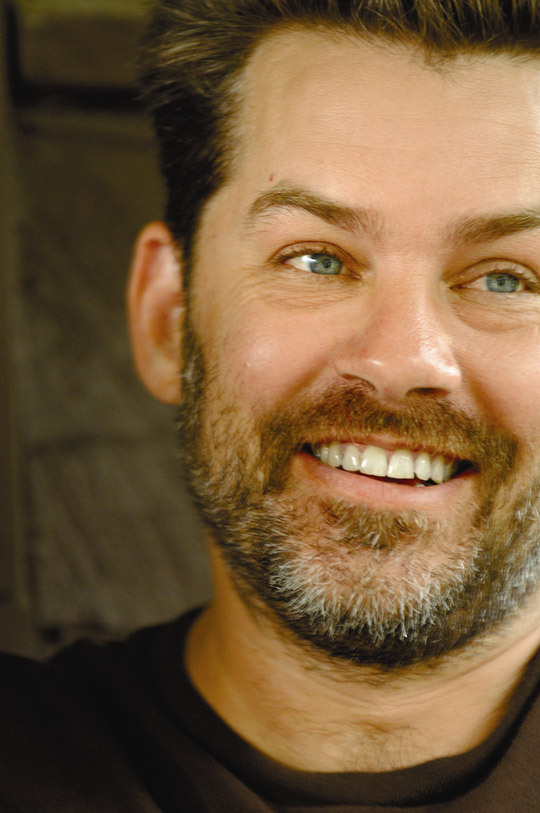 Erik Reece teaches English and writing at the University of Kentucky.

Author Erik Reece grew up the grandson of a fundamentalist preacher, but left the church in search of a less punitive religion.

In his new book, An American Gospel: On Family, History, and the Kingdom of God, Reece describes his struggle to find a form of Christianity with which he would feel comfortable — and the guidance he received from the writings of Thomas Jefferson, Walt Whitman and other American writers.

A writer in residence at the University of Kentucky in Lexington, Reece is also the author of the award-winning non-fiction book Lost Mountain.

Excerpt: 'An American Gospel: On Family, History, and the Kingdom of God' 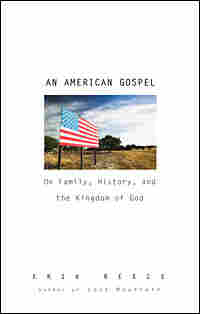 An American Gospel: On Family, History, and the Kingdom of God
By Erik Reece
Hardcover, 240 pages
Riverhead
List Price: $24.95

In the summer of 1890, the world's most famous author, Leo Tolstoy, was reading an essay by a writer the world hardly knew. "The rich man," wrote Henry David Thoreau, "is always sold to the institutions which made him rich." Surrounded by governesses and chambermaids, Tolstoy felt the full sting of that rebuke and found himself wishing he could be as free and unbeholden as the American loner. That same summer, Tolstoy also read "a little book by a very original and courageous poet named Walt Whitman." That little book would have been the first edition of Leaves of Grass. Inspired by those two free spirits, Tolstoy began writing a long essay about a third-the Mediterranean wanderer known as Yeshua, whom we today call Jesus. In The Kingdom of God Is Within You, Tolstoy argued that one cannot believe in both the Sermon on the Mount and the Nicene Creed.

In this sermon (repeated as the Sermon on the Plain in the Gospel of Luke), Jesus goes on to charge his crowd to love their enemies, turn the other cheek, give to those who beg, and avoid hypocritical judgments

By contrast, the Nicene Creed is solely an assertion of the divinity of Jesus, "the only son of God," who was born of a virgin, was crucified as a blood sacrifice for the sins of humankind, and rose from the dead three days later.

Tolstoy argued that either one accepts the Sermon's rigorous demands for how we must act in this world, how we must treat others, or one chooses the Creed as a way of escaping from this world into another. "The man who believes in a god, in a Christ coming again in glory to judge and to punish the quick and the dead," wrote Tolstoy, "cannot believe in the Christ who bade us turn the left cheek, judge not, forgive those that wrong us, and love our enemies." Furthermore, "The man who believes in the Church's doctrine of the compatibility of warfare and capital punishment with Christianity cannot believe in the brotherhood of all men." And finally, "The man who believes in salvation through faith in the redemption or the sacraments cannot devote all his powers to realizing Christ's moral teaching in his life."

The distinction Tolstoy was making came home to me very clearly one morning while I was working on this book. There was a knock at the door. When I answered it, two little girls wearing white dresses were standing on my porch. One asked if they could come in. I looked up and down the street. I didn't see any adults, which made me a little nervous. Who was sending young children door-to-door with no supervision? I told the girls I was actually busy at the moment.

"If you died today," one of them asked, a bit nervously,"are you sure you would go to heaven?"

In my head, I quickly ran through a list of possible answers to this question. None of them seemed very age-appropriate for this audience of two. So finally I said, "Well, I don't think it's quite as simple as that."

The girls looked at each other. An awkward silence ensued. Finally one of them said, "Can we at least leave you something to read?"

I took their leaflet and they walked away. When I opened it, I recognized the photo of a bombastic local preacher. His leaflet read: "There are basically four things you need to know from the Bible." They are:

1 Everyone is a sinner.

2 Everyone owes a sin-debt.

3 Everyone's sin-debt has been paid by the crucifixion of Jesus Christ.

4 Everyone can be saved!

Basically this was all one needed to know. This version of Christianity has nothing to do with following the teachings of the Sermon on the Mount, or with recognizing the kingdom of God within our midst, as Tolstoy advised. It was simply a ticket to heaven. Nothing surprised me about this. I was the son and grandson of Baptist preachers, and this was basically the Christianity I grew up with. But as I would come to believe much later, it isn't the only Christianity, nor is it even the most authentic one.

Exactly fifty years ago, a group of American New Testament scholars presented to the world the Gospel of Thomas, a collection of 114 sayings of Jesus that predates the four canonical Gospels and greatly amplifies Luke 17:21, the verse from which Tolstoy took the title of his book. In the Gospel of Thomas, we hear Jesus' followers ask,"When will the kingdom come?" Jesus responds,"It will not come by watching for it. It will not be said, 'Look, here it is,' or 'Look, there it is.' Rather the father's kingdom is spread out upon the earth, and people do not see it."

Why don't we see it? The natural world is undeniably beautiful. Cherry blossoms are blooming outside my window right now, and tulips are engaged in their perennial resurrection. But we Americans seem to have become too distracted by accumulation and haste to pause over this remarkable observation from the Gospels of Luke and Thomas.

Part of my contention throughout this book is that we Americans are especially immune to finding the kingdom of God spread out before us. In the only two states where I have ever lived, Kentucky and Virginia, coal operators, with the full cooperation of the federal government, are blasting the tops off of the oldest mountains in the world, the Appalachians. To get to thin seams of coal, strip miners have leveled 1.5 million acres of mountaintops, all in the name of cheap energy. And this is merely a local example of our country's disastrous refusal to understand the Creation as the work of a divine Creator in whom ninety-five percent of Americans say they believe.

It didn't have to be this way. Christianity did not have to form such an easy and ultimately unholy alliance with industrialism, consumerism, and corporatism. There is another, subversive spirit that runs throughout our history, a strain of thought that provides a religious, ecological, and radically democratic alternative to where we are right now. It is, I believe, a uniquely American Gospel, one we sorely need to recover.

What follows is a parallel narrative-a personal history of how I slowly came to discover and understand this gospel, and a history of how that gospel arrived and evolved in this country. From the founding of Jamestown four hundred years ago, up through the founding of America's only homegrown philosophy, pragmatism, this other gospel has been reappearing, reinvented, again and again in the writings of certain American geniuses, thinkers like William Byrd, Thomas Jefferson, Ralph Waldo Emerson, Walt Whitman, William James, John Dewey, and Lynn Margulis. Together, they offer an astonishingly comprehensive and relevant vision for where, and how, the United States must proceed in the twenty-first century. I believe these men and women can show us a way back to our country's best impulses, and thus a way forward to a future that is more respectable, more responsible, more sustainable, more interesting, more reverent.