Accessibility links
The Infinite Appeal Of 'Star Trek' Why does Star Trek refuse to go away? Commentator Lawrence Krauss thinks a large part of the continuing fascination can be traced to our many current crises, both financial and environmental.

The Infinite Appeal Of 'Star Trek'

The Infinite Appeal Of 'Star Trek' 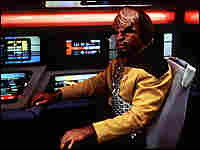 What could possibly be unrealistic about this? HO/AP hide caption 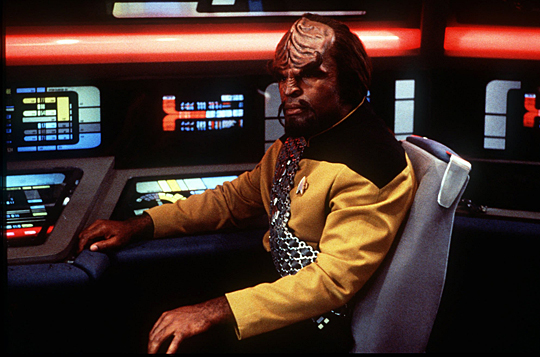 What could possibly be unrealistic about this? 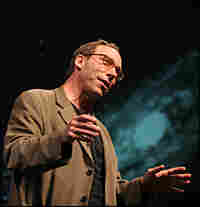 Lawrence Krauss is a professor in the School of Earth and Space Exploration and director of the Origins Initiative at Arizona State University. He is the author of seven books, including the international best-seller The Physics of Star Trek. Courtesy of Lawrence Krauss hide caption

Like millions of others, I recently shelled out 10 bucks to see the new Star Trek movie. I didn't have much of a choice. A barrage of urgent phone calls had come in at all hours from reporters wanting to know which Star Trek technologies have come true, which ones remain a vague hope, which ones are impossible and what I thought of the science in the new film, from free falling from space to black hole time travel.

I had frankly expected quite the opposite reaction to a Star Trek "prequel," figuring that pundits would groan and fans would complain.

Why, 45 years after it first aired, does Star Trek refuse to go away? I think that a large part of the continuing fascination can be traced to our many real and current crises, both financial and environmental.

Star Trek, unlike much of science fiction, is based on a hopeful view of the future, one where the "infinite possibilities of existence," as the childish Star Trek superbeing Q described it, could be exploited for the benefit of humankind and aliens alike; a future where science and reason would prevail over superstition, religious fundamentalism and the petty myopic rivalries of the present age; a future where technology could be developed to address almost any challenge.

Many aspects of this vision were, and still are, remarkably unrealistic. I always found amusing that everyone on board, including the "therapist" Deanna Troy, was fully competent to perform complex quantum theory calculations when necessary, and engineers, from Scotty to Jordie, could solve any technological problem in less than an hour.

Nevertheless, in the real world, President Obama has recently spoken out about the need to base decision-making on sound science, as well as acknowledging the very real need to exploit scientific and engineering to address the urgent environmental and energy challenges facing humanity.

Moreover, we face, for the first time in human history, truly global Star Trek-like problems — from global warming to dwindling energy resources. Will we have the wisdom to move toward a Star Trek future, where all countries join together to achieve a common goal while maintaining respect for individual cultural differences? Will we as a species ultimately discard the religious myths that separate us and get in the way, realistically addressing the world around us?

I don't mean to imply that Star Trek presents a world free of conflict, emotion, jealousy, love or hatred. After all, it is the conflict between Kirk and Spock over what is logical versus what is right that drives much of the action. But Star Trek ultimately presents a world in which human emotions and reason can peacefully coexist.

I don't know if science and reason will ultimately help guide humanity to a better and more peaceful future, but I am certain that this belief is part of what keeps the Star Trek fandom going. I can only hope it isn't as unrealistic as hoping when you fall into a black hole you will come out in one piece. 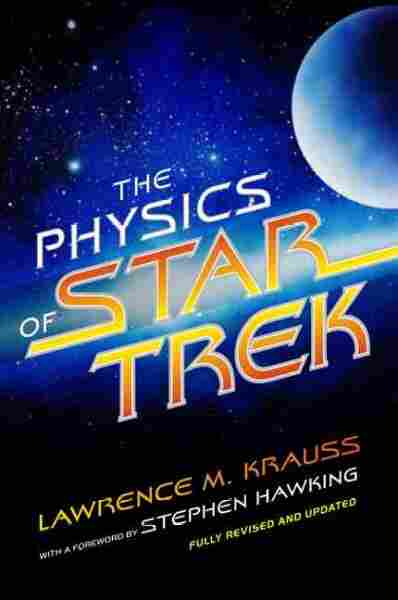 The Physics of Star Trek