Accessibility links
A Rock Thrower Appreciates His Fearless Brother Robert Strozier tells a former student the tale of his fearless brother Frank, who came to his defense 70 years ago. "Frank was just a wonderful big brother," Strozier says. 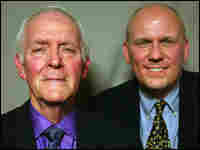 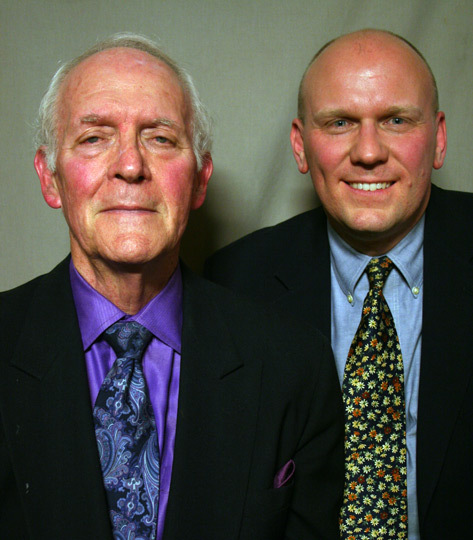 It's not often students get their teachers to tell tales out of school, but when Roger Smith asked his former college professor, Robert Strozier, to talk with him for StoryCorps in Savannah, Ga., he got a real knockout.

In the late 1930s, when he was around 9, Strozier remembers, he was running with a little neighborhood gang. And the gangs would have "raids on each other."

Strozier was an athletic youth who wanted to emulate his sports hero, major league pitching great Bob Feller. So "I picked out Freddy ... who was the oldest guy. I hit him right in the middle of the forehead."

As the blood gushed and Freddy screamed, all of the other kids scattered. Strozier was about to make a break for it when Freddy's father arrived on the scene.

"I'm going to give you a whipping," Freddy's dad declared.

Lucky for Strozier, his older brother, Frank, "skidded into the front yard" on his bicycle, Strozier says. He asked what was going on.

Freddy's dad said, "Your brother's laid open my son's head and I'm going to give him a whipping."

"What do you mean, sonny?" Freddy's dad shot back.

"My name's Frank, sir, and you're not going to give him a whipping." Frank had an inch on Freddy's dad, and he went on, "You're going to have to whip me first, sir, and I don't believe you can do it. ... My family can take care of this, and I will not let you touch my brother without coming through me first."

And they backed off.

Frank died three years ago of cancer. Reflecting on that day and their lives together, Strozier says, "I've never known anybody as totally fearless as he was. Frank was just a wonderful big brother."

Produced for Morning Edition by Nadia Reiman. The senior producer for StoryCorps is Michael Garofalo. Recorded in partnership with Georgia Public Broadcasting.