Accessibility links
Interracial Family Prevails In 1920s Alabama In The House At The End Of The Road, W. Ralph Eubanks tells the story of his white grandfather, Jim, and black grandmother, Edna. Jim and Edna Richardson raised a biracial family in spite of living in Jim Crow, rural Alabama. 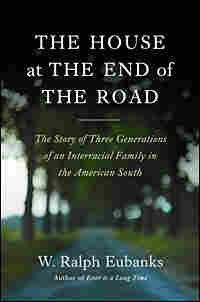 In The House At The End Of The Road, W. Ralph Eubanks tells the story of his white grandfather, James Morgan Richardson, and black grandmother, Edna Howell. Jim and Edna married around 1914, in defiance of his middle-class family.

The Richardsons eventually built a house at the end of a dead-end road in a black community in rural, southern Alabama. There, they raised a biracial family in spite of living under Jim Crow.

"Jim and Edna lived openly and as normally as possible," Eubanks writes, "as part of the community's life rather than hidden away at the end of the road."

Eubanks, a Bernard Schwartz Fellow at the New America Foundation, talks about his new book with Neal Conan.

Excerpt: 'The House At The End Of The Road' 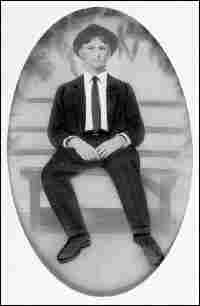 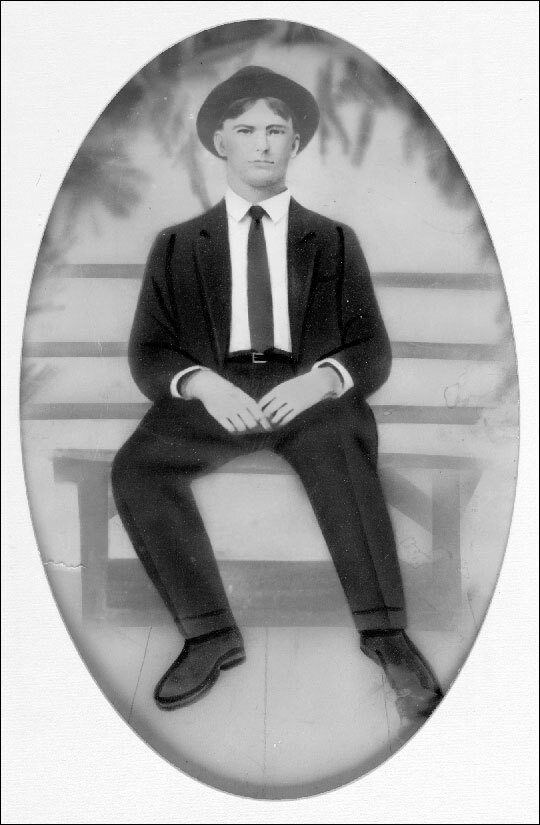 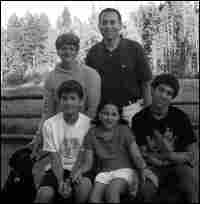 Author Ralph Eubanks with his wife and three children. Courtesy of the author hide caption 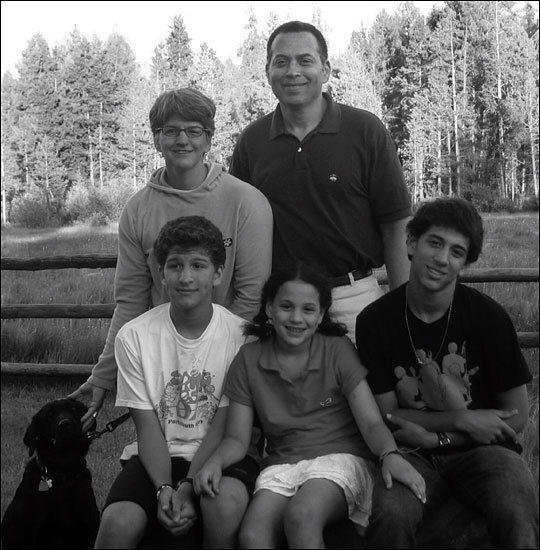 Author Ralph Eubanks with his wife and three children.

As people, most of them now near the end of their own lives, share their memories of Jim and Edna I know it's easy to romanticize the past and two people who have taken on an almost mythic status in a fading community. Jim and Edna were not perfect; they were by nature unpredictable and by most accounts short of temper. Still, in spite of their imperfections and, by contemporary standards, lack of sophistication, they seemed to recognize the cultural importance of how race enters a child's consciousness and shapes personal identity. The stories people tell me of how they lived and interacted in the communities make it clear that their sensibilities were instinctual rather than intellectual, which was key to their survival.

Prestwick fell outside the norm of Alabama and the American South, where there was usually a sharply defined and proscribed concept of race. In an environment like that, it would not take long for a young person to internalize the prevailing racial dynamic of white superiority and black inferiority. But the unique environment created by the Richardsons and the broader community of Prestwick allowed the Richardson children to escape the full impact of this force. They saw race as a cultural reality, but not one that defined everything they did. Judging from my conversations with the surviving members of the Prestwick community, Jim and Edna worked within their family and the community to help their children feel secure as black people while at the same time to not feel torn between the two worlds their parents represented. Even more important, they did not want their children to feel inferior to their white relations. That meant that racial differences were not stressed at home, and the children witnessed their parents treating blacks and whites equally, particularly family members. The only exception to that I have found notable was Jim's mother, Etta.

Although Etta did not approve of Jim's marriage, Edna encouraged her to see her grandchildren, wanting the children to know both sides of the family. Reluctantly, Etta agreed, though on her on terms. "Mama would send us outside to talk to her, but she would never get out of the car. She would just sit in the car, talk to us while we played, but we never had any real physical contact with her," my Aunt Mary remembers. Did Aunt Mary think it was strange? "No, that's just the way it was. I did not question it."

As my aunt's memory makes clear, Jim and Edna did not have a proscribed plan of action for dealing with the racial issues that inevitably arose, even within the family. They took life as it came and dealt with things simply and day by day. In a black community, the influence of Jim Crow laws did not control their day-to-day existence. However, when they left Prestwick to go to nearby Jackson or Mobile, they did encounter the harsh world of segregation. Nonetheless, the family ignored or disregarded Jim Crow laws, and the children were able to do so easily since their outward appearance gave no clues to their being black. For most of the Richardson children, they were well into adulthood until the rules of a segregated society began to have an impact on their lives. Only after marrying my dark-skinned father did my mother, at the age of twenty-three, learn that black people could not try on clothes in department stores.

The real test of the family's life together came about when Edna died in 1937. Her death left Jim with four young children to raise to adulthood as well as some hard decisions to make, from the standpoint of family relationships and the way the family was viewed according to Alabama law.

"I still remember when Aunt Jannie arrived with the empty suitcases to take us away with her, soon after Mama died," my Aunt Mary recalled in a tone so casual that it masked what must have been a traumatic moment. Not long after that sunless November day in 1937, her sister, Jannie Howell Davis, arrived unannounced to take the two younger girls to live with her briefly; now she wanted to make it permanent. Jannie thought it would be best to bring up Mary and Lucille as her own, to give them what she thought was a more stable life than Jim Richardson, with his rough-and-tumble lifestyle of logging and bootlegging, could offer them. In Mobile, the girls would have more opportunities than they would in the woods of Prestwick. She had no interest in the two young boys, who were twelve and fourteen at the time and clearly allied with their father. Jim would certainly get them into his logging business, and they were at an age where she thought she could exert little influence. But the girls were another story. How were two young girls going to survive in this male-dominated household, much less one belonging to a white man?

Somehow Jim had to talk Jannie out of taking the girls away, and I'm certain it wasn't easy. My mother and her sister don't know exactly what happened, but within a few hours, their aunt took the empty suitcases back to Mobile. Jannie was just as strong-minded as Jim, so there must have been a tense encounter, with legal as well as social issues falling on Jannie's side rather than Jim's. Jannie knew that because the children were of mixed race Jim had no obligation according to the laws of the state of Alabama to provide for the children. According to the law, he could just walk away at any time, without any consequences whatsoever. In fact, the state would have preferred that he abandon his family rather than run the risk of the family possibly becoming white and perhaps lead the way to racial impurity. And, in Mobile, as in New Orleans, there was a sizeable population of "Creoles of color" and light-skinned blacks, a world the girls could easily move into and that would give them what many thought of as a social advantage in what was a tightly conscribed world.

I'm certain that Jim had to convince his sister-in-law that he didn't want to split up his family. Jim knew that once his children were separated from him and outside of the unique world of Prestwick at some point they would have to deny their tie to him, something they would be less likely to do if he kept them together. Plus, he had sworn that he would never abandon his children. He'd faced this choice of giving up his children once before when they were younger, more malleable, and he refused it then. He wasn't going to do it now.

The House At The End Of The Road excerpted with permission from Smithsonian Books. 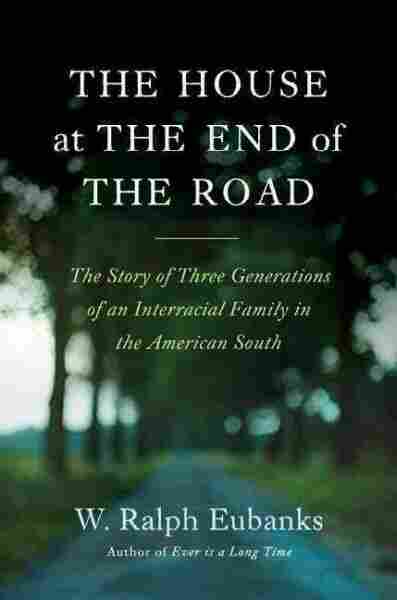 The House at the End of the Road

Title
The House at the End of the Road
Subtitle
The Story of Three Generations of an Interracial Family in the American South
Author
W. Ralph Eubanks