Accessibility links
Swine Flu: How Worried Should We Be? The new virus has caused anxiety around the world, though sufferers say it feels just like regular flu. Scientists are now asking what we've learned from this outbreak that will help if the virus comes back with a vengeance next year. 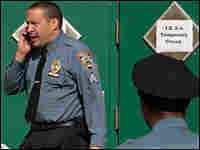 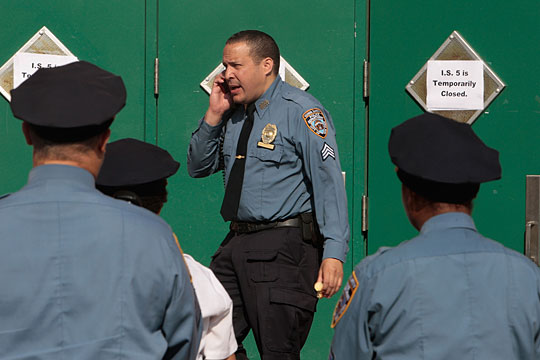 Check the latest data on swine flu from the World Health Organization.

Todd Johnson works for the World Bank. Like thousands of others, he picked up the new swine flu virus on a trip to Mexico in mid-April — before anyone knew there was a new disease around.

"I had gotten back from Mexico on Saturday and I came into work on Monday and felt OK," Johnson says. "By mid-afternoon ... I went to a large staff meeting and I wasn't feeling well and I went home."

As far as he knew, it was just a case of regular old flu.

"Headache and body aches and fever. Unpleasant, not something I would want to wish on my enemies," he says.

He spent the next four days in bed. Just as he was starting to feel better, he began hearing about a new kind of flu. He put two and two together — an outbreak in Mexico, a new virus, something called "swine flu." He called his doctor and she said "swine what?'"

Johnson was entered into public health records as a "probable" case of swine flu. So far the U.S. has counted 4,700 cases, although officials say that's a tiny fraction of the real number of sufferers.

Johnson was on the mend and his family remained well, but soon they began to suffer some social side effects of the new flu. His wife, a teacher, was told to go home so she wouldn't infect her students. His daughter and son were sent home, too.

"Once [my son] got thrown out of school, the text messages started flowing," Johnson says. "And I think within minutes everybody in his high school knew that it was Milo's dad."

"It was basically on every local news station," he says. "A friend of mine did a Google search and there was like 190 articles worldwide on the World Bank employee who had probable swine flu."

Now Johnson wonders what all the fuss was about.

"In retrospect, it was an overreaction," he says. "We know at least the version that was floating around was not that lethal and perhaps not even that infectious."

But public health officials say it was no overreaction.

"What we have is an unusual event here, where a virus has emerged for which there is very little immunity in the population," says Dr. Dan Jernigan, deputy director of the influenza program at the Centers for Disease Control and Prevention. "It's shown that it's very easily spread from person to person."

The official number of U.S. cases is misleading. Instead of 4,700, Jernigan says, upwards of 100,000 Americans have gotten swine flu so far. A month after it first appeared, sizable outbreaks are still closing schools in New York City and Houston.

The nation, Jernigan says, is having a January flu peak — in mid-May.

And if history is any guide, there's every reason to expect that the new H1N1 virus will reappear.

"We are fully preparing for the return of this particular strain this fall," Jernigan says. Nobody can say whether it will return as a relatively mild virus.

What We Have Learned?

There's plenty that scientists don't understand about this new virus. Dr. Richard Wenzel of Virginia Commonwealth University in Richmond came back from Mexico City last week with a troubling bit of news. He consulted with fellow specialists in infectious disease at Mexico's leading respiratory disease hospital.

"A third of the patients with the milder sort of disease — relatively so, but [those who] got admitted — had no fever on admission," Wenzel says. "And about half of those never developed a fever. And that's a surprise for those of us who think that flu always causes fever."

If a sizable fraction of people don't develop fever that could make it hard to track cases next fall.

Wenzel says nobody should be complacent. "This virus has the potential to cause a great deal of respiratory harm and death," he says.

Prepare For The Worst

The problem, then, is how to balance the evidence that this virus is not much different from ordinary flu on the one hand, with the fears of experts who think it might turn out to be dangerous.

Dr. Michael Agus of Children's Hospital in Boston is struggling to maintain that balance. He has treated several young children who got very sick from the new flu, but he thought he'd see many more than he did.

"Specialists wax on about how it's going to go underground and then come back in a rage," Agus says. "And that's what we're preparing for. We essentially see this brief episode as having been a test."

In other words, prepare for the worst, but hope for the best. Agus says there's reason to be optimistic.

"Until we learn otherwise, it's reasonable to treat this flu as flu," he says. "I really think at this point we're accumulating very positive and reassuring data."

Other positive signs: Parents of children hospitalized in Boston with swine flu have been just as well-informed as their doctors and nurses about the disease, and information was an antidote to panic.

"We were all struck by how calm these families were," Agus says. "I think it's a tribute to the information age that we live in."

That bodes well as the entire world sorts out the uncertainties that await it in the coming months.