Accessibility links
Drive-By Truckers On Mountain Stage After the departure of a founding member, the Athens, Ga. rockers scheduled some acoustic shows to pare down their sound and focus on songcraft. The band then reunited with its original steel guitarist and cut their latest album, Brighter Than Creation's Dark. 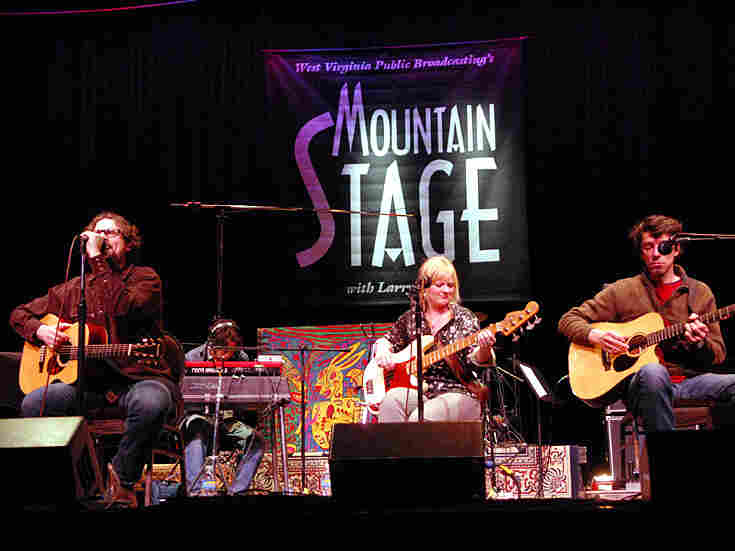 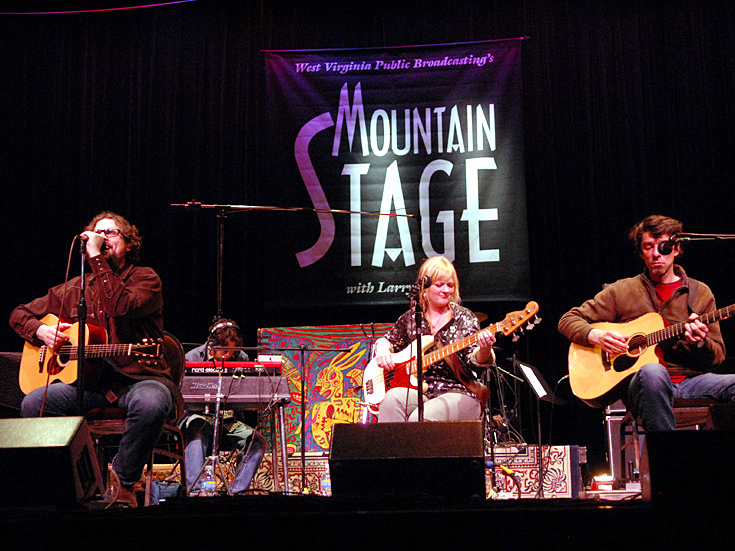 The result was Brighter Than Creation's Dark, the latest album by the Athens, Ga. rockers. A diverse and complex record featuring songs by all three of the group's songwriters — Mike Cooley, Patterson Hood and Shonna Tucker — Brighter touts the band's combination of classic country, R&B and soul music. This set features the Truckers performing in a special acoustic arrangement at Mountain Stage in Charleston, W.Va., with keyboardist Jay Gonzalez and drummer Brad Morgan.

In between group projects, the members of Drive-By Truckers were asked to accompany re-emergent soul singer Bettye LaVette on her album Scene of the Crime. Recently, the band also recorded Potato Hole, a new album with legendary keyboardist and producer Booker T (of Booker T. & the MG's).

Cooley and Tucker handle most of the vocals on this set, as Hood was resting due to a case of pneumonia. Tucker sings a tribute to one of the group's mentors, Rock and Roll Hall of Fame member Spooner Oldham, who co-wrote "Lonely Women Make Good Lovers" with Freddie Weller. Hood takes the lead on the closing track, "Opening Act."