Accessibility links
A Brother Recalls Life In the Shadow Of Autism Growing up with a severely autistic brother, journalist Karl Taro Greenfeld experienced firsthand the strain that the condition can bring to a family. In his memoir Boy Alone, Greenfeld describes the frustrations of a childhood spent in the shadow of autism.

The audio version of this story contains footage provided by CBS' 60 Minutes. 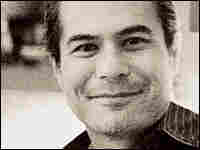 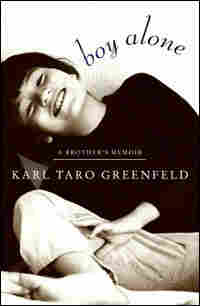 Journalist Karl Taro Greenfeld has lived in the shadow of autism his whole life. He does not suffer from the disease, but his only brother, Noah, is severely autistic, a fact of life that has penetrated every aspect of the Greenfeld family.

In his new memoir Boy Alone, Greenfeld recounts his experiences growing up in the shadow of his brother's condition. As he tells Michele Norris, "when you have a developmentally disabled person in your family ... the gravity of the family is tilted disproportionately toward that person. In my family, Noah became the center of everything."

In the 1970s, Greenfeld's father, Joshua, wrote a series of groundbreaking best-sellers about Noah's struggles. After that, Noah became a national celebrity. Magazine covers and television features followed, and the impact of his brother's health seemed to take over the family.

"Almost as soon as I have a memory of myself, the memory is of worrying about Noah," Greenfeld says. "I was very much the less important sibling. I don't look back on that with any kind of self-pity; it just was the reality of the situation."

Greenfeld estimates that 80 percent of family conversations were about his brother, with the remaining 20 percent left for the typical topics of any other family. Early on, the worry centered on Noah's development — why he wasn't speaking or developing like other children. Later, the dilemma shifted to how the family would care for him.

Greenfeld writes with a mixture of empathy for and anger toward his spitting, hair-pulling brother. He notes that Noah was very beautiful, but that he seemed to use his charm to seduce his parents and caregivers. More than once, Greenfeld uses the word "idiot" to describe his brother.

"It's not very politically correct," Greenfeld says. "It's what society used to call people like Noah, and I think I use it in that more classical sense of the word."

While he acknowledges that growing up with his brother taught him a certain amount of compassion and selflessness, Greenfeld notes that these lessons were forced upon him — not taken up by choice.

"If you're hit by a car, you learn to be afraid of cars," he says. "It's hard for me to say, 'I'm learning so much from this and that makes it OK,' because I look at Noah and it's not OK."

As his parents age, Greenfeld is coming to terms with what his responsibilities are for his brother's long-term care. He notes that this is a situation that many families face.

"There are a lot of adult autistics out there in the world," he says. "I don't think we're ready for them as a society, and I don't think we've really begun to focus our attention to what this is going to mean in terms of long-term care and lifestyle issues."

A boy sits by himself on a stained white carpet, the corner of a frayed blanket stuffed into his mouth, his head bobbing, the fingers of both hands twiddling at ear level. He seems neither to miss company nor show any eagerness to seek it. If you say hello, he will not look at you nor turn in the direction of your voice. If you take up position in his line of sight, he will look away.

We lived in Croton-on-Hudson in a white house atop a black driveway along which wild blackberry bushes bore fruit in the summer. I used to walk up that driveway, stopping to pick the berries. No one else in my family knew they were there, and I never told anyone about them.

I don't recall the precise beginning of concern. I was born in Kobe, Japan, on November 26, 1964; Noah was born in North Tarrytown, New York, on July 1, 1966. As soon as I was aware of myself, there he was. How could I have seen that Noah wasn't like other boys? What did I know of childhood development, normal or otherwise? I recall all the worry and conversation about Noah as steady background noise to which I would occasionally tune in. The two of them, my parents — my father a head taller than my mother — are sitting at the dinner table drinking tea after dinner, and their voices are low. Our living, dining, and kitchen areas share one sprawling space at the top of a four-step rise from the entryway. I can sit on these steps, just out of sight, and listen.

They talk about Noah. Something is wrong with Noah. Noah should be doing this by now but he is not. Karl — they said my name! — he's already doing this. And when Karl was two he was doing that. But Noah — they are already back to Noah — he's not doing this. This is serious, I know, a grownup conversation, with none of the careful enunciation or broad gestures that my father and mother use when they are talking to me. Their talk with me is meant, in part, to entertain me. This talk, this adult talk, is different.

I can also hear Noah. He is mumbling, repeatedly, a kind of dirgey stream of consonants, n-n-n-n-n-n, muh-muh-muh-muh, da-da-dada-da. He doesn't talk. Not in words, anyway. The boy down the street, Mark, is younger than Noah and he talks. I play with Mark. I can't really play with Noah, not anymore.

My parents are saying that Noah used to talk.

What did he say?

Did he talk to me?

Noah is sitting in the den, on a tan sofa with a wood frame that faces the television. He is kneading his blanket like it is Play-Doh. He never watches television. I watch television every Saturday, the Lone Ranger — the cartoon, not the live-action show — and my mother makes me butter sandwiches on toast. I also have Lone Ranger pajamas.

"Mommy and Daddy said you could talk," I shout at him.

He never says a word.

On April 24, 1969, my father wrote in his diary, "My sons: Karl is truth. He looks like a boy, reacts without deviousness, his life never far from the surface. Noah is beauty, sensitive rather than sensible, his life throbbing away in some subcellar. Karl laughs, audibly, openly. Noah smiles, silently, mysteriously. Yet I can't deny it, Noah seems to regress more and more. He refuses to listen or to understand what we say to him, and has all but stopped talking. It's time to see the doctors again."

My father is a writer, and he rides the train to work in New York City. He wears a tan raincoat that smells like water. Our train station is at the bottom of the hill, beside the gray river. My father once took me on the train. We rode one stop, got off, and took a taxi back home.

Once, my father got a haircut while he was in the city, and when he came through the front door I didn't recognize him and I started to cry.

My brother and I each have our own bedroom with a mattress on the floor. In mine, I have my toys piled in bookcases. Noah doesn't like most toys. But if a toy is made of plastic, he will chew on it. He seems to like the texture, the malleability between his teeth. My mother believes chewing on these toys is dangerous, something about the coloring being poisonous. Whenever Noah receives a plastic toy as a gift from our parents' friends, it ends up in my room because I won't chew on it. Often, we each receive the same toys from fair-minded adults, and I end up with two of them. Two Spirograph sets, for example, when what I really wanted was a Billy Blastoff.

Noah is not interested in me. When I have nothing else to do, I will tickle him or wrestle with him. But that quickly becomes boring because Noah doesn't resist or tickle back. He just lies there giggling until I stop, and then he doesn't notice that I've stopped or he doesn't care.

I'm normal, my parents have said so in their hushed conversations. And Noah isn't normal. And the rest of the kids on Hillside Avenue, they are normal, except for Dana, who shot someone in the eye with a slingshot. That can't be normal. But how can everyone be normal but Noah? How can Noah be the only one not normal?

I have other friends on the block. I have a swing in the front yard and a cat named Brodsky. The Robinsons next door have a swing set with a slide and a dog named Alexander. Tom lives next door on the other side, and he has a train set in the basement. Kirsten lives at the house at the bottom of our driveway, and her father built her an entire toy kitchen out of wood. I liked playing in the toy kitchen with her until Dana made fun of me. Kirsten's older brother Arno has a ten-speed bicycle. He can ride all the way to the toy store by himself. I took three dollars from an envelope in the cabinet and gave it to him because he said he would buy me a Matchbox Mini Cooper. Instead he bought me a Volkswagen bus.

I go to the Scarborough School, and my best friend there is named Robe. He has a younger sister, Pierre. One day when his mother was picking him up from school and I was waiting for the school bus, she asked if Noah and I would like to come over some day and play with Robe and Pierre.

"Why do you want Noah to come over?" I asked.

I shrugged. What did that have to do with it?

I like fossils and dinosaurs, astronauts, the Lone Ranger, Matchbox cars, and now, lately, Hot Wheels. My father watches football and basketball, but I don't understand what they are doing. When I ask him how they play, he says, follow the ball.

I watch the ball, but I still can't figure out what is going on.

But at school, all the boys say they like football and baseball and basketball. Our favorite player is Joe Namath. I'm not sure exactly who or what he is. 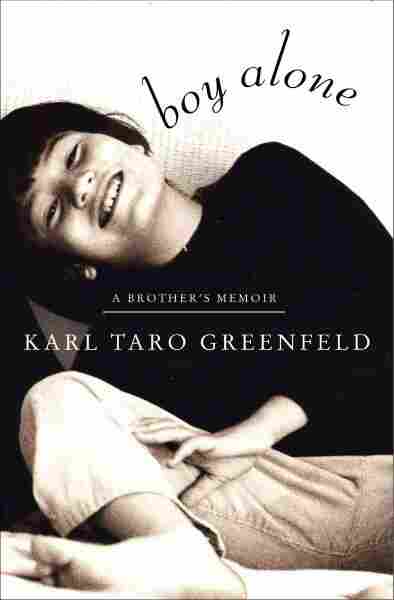