Accessibility links
Are Spiritual Encounters All In Your Head? Scientists suspect Moses and other religious figures were epileptic. But that doesn't mean they didn't really hear God. One researcher has created the "God helmet," which uses sensors to reproduce mystical experience by manipulating brain chemistry. 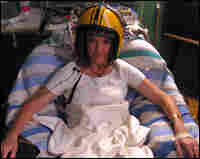 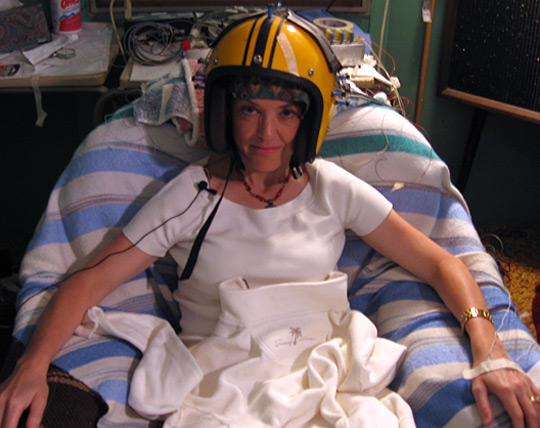 Barbara Bradley Hagerty tried on Michael Persinger's "God helmet" at Laurentian University to see if he could manufacture a spiritual experience by manipulating her temporal lobes.

According to polls, there's a 50-50 chance you have had at least one spiritual experience — an overpowering feeling that you've touched God, or another dimension of reality.

So, have you ever wondered whether those encounters actually happened — or whether they were all in your head? Scientists say the answer might be both.

If you're looking for evidence that religion is in your head, you need look no further than Jeff Schimmel. The 49-year-old Los Angeles writer was raised in a Conservative Jewish home. But he never bought into God — until after he was touched by a being outside of himself.

"Yeah," Schimmel says, "I was touched by a surgeon."

About a decade ago, Schimmel had a benign tumor removed from his left temporal lobe. The surgery was a snap. But soon after that — unknown to him — he began to suffer mini-seizures. He'd hear conversations in his head. Sometimes the people around him would look slightly unreal, as if they were animated.

Then came the visions. He remembers twice, lying in bed, he looked up at the ceiling and saw a swirl of blue and gold and green colors that gradually settled into a shape. He couldn't figure out what it was.

"And then, like a flash, it dawned on me: 'This is the Virgin Mary!' " he says. "And you know, it's funny. I laughed about it, because why would the Virgin Mary appear to me, a Jewish guy, lying in bed looking at the ceiling? She could do much better."

Schimmel became fascinated with spirituality. He became more compassionate, less ambitious. And he wondered: Could his new outlook have to do with his brain? The next visit to his neurologist, he asked to see his most recent MRI.

"My left temporal lobe looked completely different from the way it did before the surgery," he says.

Gradually, it had become smaller, a different shape, covered with scar tissue. Those changes had sparked electrical firings in his brain. Schimmel's doctor told him he had developed temporal lobe epilepsy — a disease that has fascinated doctors for centuries. 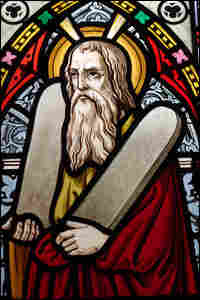 According to Orrin Devinsky, who directs the epilepsy center at New York University, neurologists suspect some of the religious giants — like Moses — were epileptics. When Moses saw the burning bush, it could have been God — or a seizure, he says. "Whatever happened back there in Sinai, Moses' experience was mediated by his temporal lobe," Devinsky says. iStockphoto.com hide caption 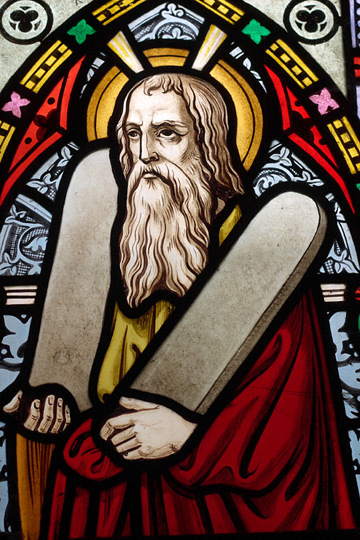 According to Orrin Devinsky, who directs the epilepsy center at New York University, neurologists suspect some of the religious giants — like Moses — were epileptics. When Moses saw the burning bush, it could have been God — or a seizure, he says. "Whatever happened back there in Sinai, Moses' experience was mediated by his temporal lobe," Devinsky says.

Did Paul Hear Jesus, Or Was It Hallucination?

Some 2,500 years ago, notes Orrin Devinsky, who directs the epilepsy center at New York University, Hippocrates wrote one of the very first texts we have on epilepsy — and he named it "On the Sacred Disease."

The disease was considered sacred because the ancients thought that sufferers were possessed by demons, or blessed with divine messages and visions. Devinsky says neurologists suspect some of the religious giants were epileptics themselves. Did Paul hear Jesus on the road to Damascus, or was he experiencing an auditory hallucination? What about Joseph Smith and the two angels? Muhammad? Joan of Arc? And what about Moses and that burning bush?

"Assuming for now a more rational scientific view, he was having a visual hallucination and he heard God's voice," Devinsky observes.

The temporal lobes run along the sides of the brain, and deep within them is something called the limbic system. This system handles not just sound, smell and some vision but also memory and emotion.

When people have a seizure in the temporal lobe, it's as if the normal emotions have an exclamation point after them, because so many nerve cells are firing in rhythm. People may hear snatches of music — drawn from their memory bank — and in rare cases, interpret it as music from heavenly spheres. They may see a glimpse of light and think it's an angel.

"These patients give us clues as to what parts of the human brain are involved when all of us have a numinous experience," says Jeffrey Saver, a neurologist at UCLA.

Saver says when people with no brain dysfunction have numinous, or spiritual, experiences, it's the same limbic system being activated — but with the volume turned down.

The Quest For The 'Sensed Presence'

This made me wonder: If God uses the temporal lobe, can neurologists make God come and go at will? Well, they can make ecstatic seizures go away with surgery or medication. But what about summoning God? Could a scientist manufacture a spiritual experience by manipulating my temporal lobes?

That question led me to Michael Persinger's laboratory in Sudbury, Ontario. It's 6:30 on a Saturday evening, and Persinger, a neuroscientist at Laurentian University, has pasted eight electrodes on my scalp. He eases a modified motorcycle helmet with its own sensors onto my head. He calls it the "God helmet."

The helmet is supposed to stimulate my right temporal lobe with weak magnetic fields, and create the illusion of God in my head. Well, not God exactly, but a sensed presence, a feeling that another being is in the room.

When the helmet is in place, Persinger covers my eyes with goggles stuffed with napkins. I sink deeper into the threadbare, overstuffed chair, feeling like a teenager hanging out in someone's basement. He leaves me in the chamber and returns to the control room, where I've placed a recorder.

For the next 30 minutes, I listen to magnetic fields shift over my skull. Occasionally, I report seeing images, or a dark forest. I've place a recorder in the control room, which is picking up both his comments and mine. At some point, I say, in an almost incomprehensibly muffled words, "There's kind of a roiling darkness, like a battle of darkness; it's off to my left."

Persinger observes, excited: "You've just reported the actions on your left. And now you are beginning to experience — and my compliments to you — what is called 'The black,' or 'The dark of the dark.' "

Of course, I couldn't hear him say that. He was talking into my recorder. At one point, Persinger predicts I am right on the verge of feeling the "Sensed Presence." But it never happens. There were several times when Persinger predicted I would see an image, or a face — and I did. To Persinger, this is evidence that God and all spiritual experience are a product of your brain.

"What is the last illusion that we must overcome as a species?" he asks theatrically. "That illusion is that God is an absolute that exists independent of the human brain — that somehow we are in his or her care."

'I'm A More Decent Human Being Because Of It'

Believers are certainly going to take issue with that. And so do many scientists. I put the question to New York University's Devinsky. Does the fact that we can track spiritual feelings in our temporal lobe mean that there's nothing spiritual going on?

Think about a man and woman who are in love, Devinsky says. They look at each other, and in all likelihood, something fires in their temporal lobes.

"However, does that negate the presence of true love between them?" he asks. "Of course not. When you get to spirituality, as a scientist I think it really becomes extremely difficult to say anything other than, 'It's possible.' "

As for Schimmel, the fellow with temporal lobe epilepsy, he finds it hard to believe that his new faith and love for his fellow man come merely from an electrical impulse that's gone awry.

"But I'll tell you what the real bottom line is for me," says Schimmel, who has taken up Buddhism to harness his spiritual life. "I don't care where it comes from. I'm just a happier person, and I'm a more decent human being because of it."

Part 3 of this series look at spiritual virtuosos — Buddhist monks and other long-term practitioners of meditation who are coming under the gaze of brain researchers.