Accessibility links
Actor Sidney Poitier: Striving For A Life Of Excellence The Academy Award winner's memoir, Life Beyond Measure, now in paperback, is a series of letters to his great-granddaughter Ayele. Poitier says he "always wanted to be someone better" than he was the day before.

Before the Oscars, catch glimpses of Poitier as a teen hoodlum in the 1955 film "Blackboard Jungle."
See Poitier in his 1963 Oscar-winning performance in "Lilies of the Field."
See the trailer for the 1967 groundbreaking film "Guess Who's Coming to Dinner."

When Academy Award-winning actor Sidney Poitier was born, he was not expected to live. He was premature and so tiny, he could fit into his father's hand.

That was 1927, and as the family lore goes, a fortuneteller assured his mother that he would survive and one day, carry the Poitier name around the world.

Poitier's memoir, Life Beyond Measure, now in paperback, is a series of letters to his great-granddaughter Ayele, taking her back to the moments that shaped him. His chapter on people of courage ends with his own father, Reginald Poitier.

"He was honest," Poitier tells NPR's Renee Montagne. "My father was the quintessential husband and dad."

When Poitier was a teenager he left his native Bahamas for better opportunities in Miami. His father took him to the dock, gave him a lecture and then put $3 in his hand. "He said, 'take care of yourself, son.' And he turned me around to face the boat," Poitier says.

On the boat, "I'm looking back at him and I knew what he was thinking," he says. "He was thinking about whether he and my mother had given me enough before I had to go out into the world. And I think now that they did. He gave me infinitely more than the $3 he put in my hand."

Miami was not a fit for the young Poitier. "I couldn't adjust to the racism in Florida," he says. "It was so blatant. ... I had never been so described as Florida described me."

But he wasn't having it. As he says, "Florida said to me, 'You are not who you think you are. We will determine what you are.' "

"And I decided, 'No, I will determine who I am,'" and left Miami for New York City.

What drove Poitier then and now? "I always wanted to be someone better the next day than I was the day before. ... Today that is my drive, still my drive." 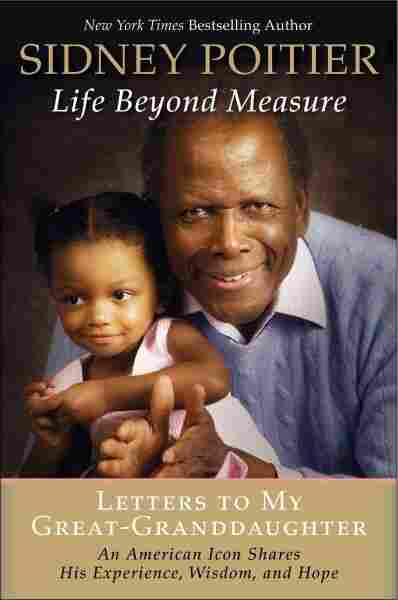 Letters to My Great-Granddaughter