Accessibility links
Prayer May Reshape Your Brain ... And Your Reality Scans show that people who spend untold hours in prayer or meditation go dark in the parietal lobe, the brain area that helps create a sense of self. A researcher says these people may be rewriting the neural connections in their brains — altering how they see the world. 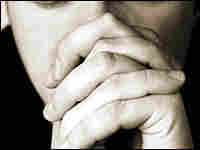 Untold hours in meditation may rewrite neural connections in the brain — and how you see the world. iStockphoto.com hide caption

Scientists are making the first attempts to understand spiritual experience — and what happens in the brains and bodies of people who believe they connect with the divine.

The field is called "neurotheology," and although it is new, it's drawing prominent researchers in the U.S. and Canada. Scientists have found that the brains of people who spend untold hours in prayer and meditation are different.

I met Scott McDermott five years ago, while covering a Pentecostal revival meeting in Toronto. It was pandemonium. People were speaking in tongues and barking like dogs. I thought, "What is a United Methodist minister, with a Ph.D. in New Testament theology, doing here?"

Then McDermott told me about a vision he had had years earlier.

"I saw fire dancing on my eyelids," he recalled, staring into the middle distance. "I felt God say to me, 'You be the oil, and I'll be the flame.' Then [I] began to feel waves of the Spirit flow through my body."

I never forgot McDermott. When I heard that scientists were studying the brains of people who spent countless hours in prayer and meditation, I thought, "I've got to see what's going on in Scott McDermott's head."

A few years later, Andrew Newberg made that possible. Newberg is a neuroscientist at the University of Pennsylvania and author of several books, including How God Changes Your Brain. He has been scanning the brains of religious people like McDermott for more than a decade. 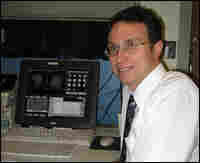 Andrew Newberg, a neuroscientist at the University of Pennsylvania, has been scanning the brains of religious people for more than a decade. He has found that people who meditate, from Franciscan nuns to Tibetan Buddhists, go dark in the parietal lobe — the area of the brain that is related to sensory information and helps us form our sense of self. Barbara Bradley Hagerty/NPR hide caption 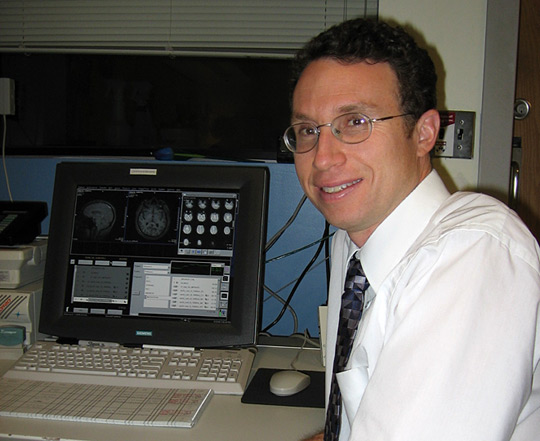 Andrew Newberg, a neuroscientist at the University of Pennsylvania, has been scanning the brains of religious people for more than a decade. He has found that people who meditate, from Franciscan nuns to Tibetan Buddhists, go dark in the parietal lobe — the area of the brain that is related to sensory information and helps us form our sense of self.

On a spring day in Newberg's laboratory, the neuroscientist settles McDermott in a darkened examination room and asks the pastor to pray for someone else — that is, intercessory prayer. A few minutes later, at the moment Newberg believes McDermott has reached the peak of his prayer, the researcher injects the minister with a dye that shows the blood flow in his brain.

Twenty minutes later, McDermott emerges beaming. He has enjoyed intense spiritual moments like this ever since he was in his 20s.

"The first thing that got me was I could hear God's voice," the pastor said. "And it so enamored me — I mean, it changed me dramatically. I couldn't wait to pray!"

McDermott has prayed at least two hours a day for the past 25 years.

I ask Newberg what kind of impact that would that have on the pastor's brain.

"The more you focus on something — whether that's math or auto racing or football or God — the more that becomes your reality, the more it becomes written into the neural connections of your brain," Newberg says.

'I Think We're Wired For The Supernatural'

Now it's time for Newberg to take a peek at McDermott's neural connections, sliding him into a SPECT scanner, which will create an image of which parts of McDermott's brain lit up and which went dark while he prayed. 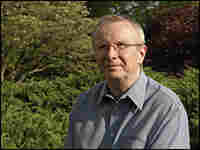 Scott McDermott, a United Methodist minister, has prayed at least two hours a day for the past 25 years. "I think we're wired for the supernatural," he says. Steve Landis hide caption 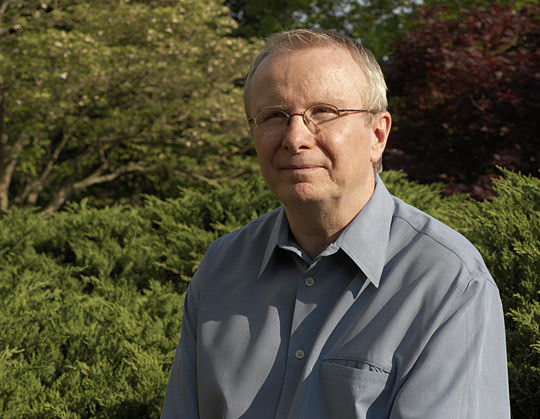 Scott McDermott, a United Methodist minister, has prayed at least two hours a day for the past 25 years. "I think we're wired for the supernatural," he says.

A few minutes later, Newberg has preliminary results on his computer screen. He notes some areas of increased activity in the frontal lobes, which handle focused attention — precisely what Newberg would expect from a person praying intently. But he adds that this needs further analysis — and he'll need to find more volunteers to do this kind of interpersonal prayer before he can come to any conclusions.

Afterward, I ask McDermott if any of this challenges his beliefs. Not at all, he says.

"I think we're wired for the supernatural," he says. "I think we're meant to sense a world beyond our five senses. Come on! Taste and see that God really is good."

Newberg says he can't prove that McDermott or anyone else is communing with God, but he can look for circumstantial evidence.

Then he'll compare the mystical feelings with the brain physiology.

A Sense Of Oneness With The Universe

Newberg did that with Michael Baime. Baime is a doctor at the University of Pennsylvania and a Tibetan Buddhist who has meditated at least an hour a day for the past 40 years. During a peak meditative experience, Baime says, he feels oneness with the universe, and time slips away.

"It's as if the present moment expands to fill all of eternity," he explains, "that there has never been anything but this eternal now."

When Baime meditated in Newberg's brain scanner, his brain mirrored those feelings. As expected, his frontal lobes lit up on the screen: Meditation is sheer concentration, after all. But what fascinated Newberg was that Baime's parietal lobes went dark.

The God Chemical: Brain Chemistry And Mysticism May 18, 2009
Are Spiritual Encounters All In Your Head? May 19, 2009
Can Positive Thoughts Help Heal Another Person? May 21, 2009
Decoding The Mystery Of Near-Death Experiences May 22, 2009

"This is an area that normally takes our sensory information, tries to create for us a sense of ourselves and orient that self in the world," he explains. "When people lose their sense of self, feel a sense of oneness, a blurring of the boundary between self and other, we have found decreases in activity in that area."

Newberg found that result not only with Baime, but also with other monks he scanned. It was the same when he imaged the brains of Franciscan nuns praying and Sikhs chanting. They all felt the same oneness with the universe. When it comes to the brain, Newberg says, spiritual experience is spiritual experience.

A little theological dynamite there — but, remember, the research is just beginning.

'You Can Sculpt Your Brain'

So far, scientists have focused on people who pray or meditate for one, two or more hours a day. They think that studying spiritual virtuosos will offer clues to the brain workings of more typical believers. But now Newberg and others are turning their attention to people who want to enrich their spiritual lives, but don't have that kind of time.

And there's hope for people with jobs and kids.

Neuroscientist Richard Davidson says you can change your brain with experience and training.

"You can sculpt your brain just as you'd sculpt your muscles if you went to the gym," he says. "Our brains are continuously being sculpted, whether you like it or not, wittingly or unwittingly."

It's called neuroplasticity. For years Davidson, who is at the University of Wisconsin, has scanned the brains of Buddhist monks who have logged years of meditation. When it comes to things like attention and compassion, their brains are as finely tuned as a late-model Porsche. Davidson wondered: Could ordinary people achieve the same kind of connection with the spiritual that the monks do — without so much effort?

I wondered that, too. And when I heard his lab was launching a study lasting two weeks, I said, "Sign me up."

It turned out I was too old for the study. But they let me see what it was about. For 30 minutes every morning, I settled into my chair to the soothing tones of a meditation CD. The voice of a University of Wisconsin graduate student urged me to shower compassion on a loved one, a stranger, myself.

The trouble came when I was asked to visualize someone I had difficulty with in life. I became surly, as I reflected on the minor tragedies in my life and the people who caused them. When I saw Richard Davidson, I didn't mention how ill-tempered I had grown.

"Is there a capacity to change my brain if I continue with this?" I asked.

"Absolutely," he responded enthusiastically. "I would say the likelihood is that you are already changing your brain."

I hope not. Others, however, were far more successful in cultivating a spiritual mind-set. Davidson couldn't tell me about the results of my study, which have yet to be published. But he could say there were detectable changes in the subjects' brains within two weeks. Another similar study, where employees at a high-tech firm meditated a few minutes a day over a few weeks, produced more dramatic results.

"Just two months' practice among rank amateurs led to a systematic change in both the brain as well as the immune system in more positive directions," he said.

For example, they developed more antibodies to a flu virus than did their colleagues who did not meditate.

Part 4 of this series explores whether thoughts or prayers can affect the body.