Accessibility links
Excerpt: 'Road Dogs' What are "road dogs"? Prison buddies who live among incarcerated gang members but not with them, watching each others' backs. In Elmore Leonard's new novel of the same name, the "dogs" are smart, handsome, and big-hearted. 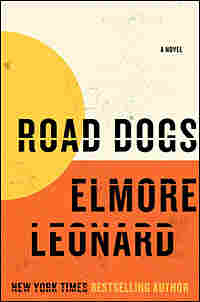 They put Foley and the Cuban together in the backseat of the van and took them from the Palm Beach County jail on Gun Club to Glades Correctional, the old redbrick prison at the south end of Lake Okeechobee. Neither one said a word during the Ride that took most of an hour, both of them handcuffed and shackled.

They were returning Jack Foley to do his thirty years after busting out for a week, Foley's mind on a woman who made intense love to him one night in Detroit, pulled a Sig Sauer .38 the next night, shot him and sent him back to Florida.

The Cuban, a little guy about fifty with dyed hair pulled back in a ponytail, was being transferred to Glades from the state prison at Starke, five years down, two and a half to go of a second-degree murder conviction. The Cuban was thinking about a woman he believed he loved, this woman who could read minds.

They were brought to the chow hall, their trays hit with macaroni and cheese and hot dogs from the steam table, three slices of white bread, rice pudding and piss-poor coffee and sat down next to each other at the same table, opposite three inmates who stopped eating.

Foley knew them, Aryan Brotherhood neo-Nazi skinheads, and they knew Foley, a Glades celebrity who'd robbed more banks than anybody they'd ever heard of-walk in and walk out, nothing to it-until Foley pulled a dumb stunt and got caught. He ran out of luck when he drew His Honor Maximum Bob in Criminal Court, Palm Beach County. The white- power convicts accepted Foley because he was as white as they were, but they never showed they were impressed by his all-time-high number of banks. Foley sat down and they started in.

"Jesus, look at him eat. Jack, you come back 'cause you miss the chow?"

"Boy, you get any pussy out there?"

"Federal U.S. fuckin' marshal, shows her star and puts one in his leg."

Foley ate his macaroni and cheese staring at the mess of it on his tray while the skinhead hard-ons made their lazy remarks Foley would hear again and again for thirty years, from the Brotherhood, from the Mexican Mafia, from Nuestra Familia, from the black guys all ganged up; thirty years in a convict population careful not to dis anybody, but thinking he could stand up with the tray, have the tables looking at him and backhand it across bare skulls, show 'em he was as dumb as they were and get put in the box for sixty days.

Now they were after the Cuban.

"Boy, we don't allow niggers at our table."

They brought Foley into it asking him, "How we suppose to eat, Jack, this dinge sitting here?"

Right now was the moment to pick up the tray and go crazy, not saying a word but getting everybody's attention, the tables wondering, Jesus, what happened to Foley?

And thought, For what?

He said to the three white-supremacy freaks with their mass of tattoos, "This fella's down from Starke. You understand? I'm showing him around the hotel. He wants to visit with his Savior I point him to the chapel. He wants a near-death-experience hangover, I tell him to see one of you fellas for some pruno. But you got this stranger wrong. He ain't colored, he's a hundred percent greaseball from down La Cucaracha way," Foley looking at the three hard-ons and saying, "Cha cha, cha."

Later on when they were outside the Cuban stopped Foley. "You call me a greaseball to my face?"

This little bit of a guy acting tough.

"Where you been," Foley said, "you get stuck with the white-power ding-dongs, the best thing is to sound as dumb as they are and they'll think you're funny. You heard them laugh, didn't you? And they don't laugh much. It's against their code of behavior."

This was how Foley and Cundo hooked up at Glades.


Cundo said Foley was the only white guy in the joint he could talk to, Foley a name among all the grunge here and knew how to jail. Stay out of other people's business. Cundo's favorite part of the day was walking the yard with Foley, a couple of road dogs in tailored prison blues, and tell stories about himself.

How he went to prison in Cuba for shooting a Russian guy. Took his suitcase and sold his clothes, his shoes, all of it way too big for him. Came here during the time of the boatlift from Mariel, twenty-seven years ago, man, when Fidel opened the prisons and sent all the bad dudes to La Yuma-what he called the United States-for their vacation.

How he got into different hustles. Didn't care for armed robbery. Liked boosting cars at night off a dealer's lot. He danced go-go in gay bars as the Cat Prince, wore a leopard-print jockstrap, cat whiskers painted on his face, but scored way bigger tips Ladies Night at clubs, the ladies stuffing his jock with bills. "Here is this middle-age mama with big tetas, she say to me, 'Come to my home Saturday, my husband is all day at his golf club.' She say to me, 'I give you ten one-hundred-dollar bills and eat you alive.' "

Man, and how he was shot three times from his chest to his belly and came so close to dying he saw the dazzle of gold light you hear about when you approaching heaven, right there. But the emergency guys see he's still breathing, blood coming out his mouth, his heart still working, man, and they deliver him alive to Jackson Memorial where he was in a coma thirty-four days, woke up and faked it a few more days listening to Latina voices, the nurse helpers talking about him. He learned he was missing five inches of his colon but healed, sewed up, good as new. When he opened his eyes he noticed the mozo mopping the floor wore a tattoo on his hand, an eye drawn at the base of his thumb and index finger, a kind of eye he remembered from Combinado del Este, the prison by Havana. He said to the mozo, "We both Marielitos, uh? Get me out of here, my brother, and I make you rich."

Foley said, "You thought you'd be cuffed to the bed?"

"Maybe I was at first, I don't know. I was into some shit at the time didn't work out."

"No, was a guy, a picture-taker in South Beach, before it be-came the famous South Beach. Before that he was a Secret Service guy but quit to take pictures. One he did, a guy being thrown off I-95 from the overpass, man, down to the street, the guy in the air, Joe LaBrava sold to a magazine and became famous."

"Man, I was gonna shoot him. I know him, he's a good guy, but I was not going to prison for a deal this woman talk me into doing, with this dumbbell hillbilly rent-a-cop. I didn't tell you about it? I pull a gun and this guy who use to be in the Secret Service beats me to the draw, puts three bullets in me, right here, man, like buttons. I should be dead"-Cundo grinning now-"but here I am, uh? I'm in good shape, I weigh the same now as the day I left Cuba. Try to guess how much."

He was about five-four, not yet fifty but close to it, his dyed hair always slicked back in a ponytail. "A hundred and thirty," Foley said.

"One twenty-eight. You know how I keep my weight? I don't eat that fucking macaroni and cheese they give us. I always watch what I eat. Even when I was in Hollywood going out every night? Is where I went when the mozo got me out of the hospital, to L.A., man, see a friend of mine. You understand this was the time of cocaine out there. All I had to do was hook up with a guy I know from Miami. Soon I'm taking care of cool dudes in the picture business, actors, directors-I was like them, I partied with them, I was famous out there."

Foley said, "Till you got busted."

"There was a snitch. Always, even in Hollywood."

"One of your movie buddies."

"I believe a major star, but they don't tell me who the snitch is. The magistrate set a two-million-dollar bond and I put up a home worth two and a half I bought for six hundred when I was first out there, all the rooms with high ceilings. I pay nine bills for another worth an easy four and a half million today. Both homes on the same canal, almost across from each other."

"In Venice, California, like no place on earth, man, full of cool people and shit."

"Why do you need two homes?"

"At one time I had four homes I like very much. I wait, the prices go up to the sky and I sell two of them. Okay, but the West Coast feds see Florida has a detainer on me for a homicide, a guy they say I did when I was in Miami Beach."

Foley said, "The mozo?" Cundo said, "Is funny you think of him."

"Why didn't you trust him?"

"Why should I? I don't know him. They say one time we out in the ocean fishing I push him overboard."

Foley said, "You shot him first?"

Cundo shook his head grinning just a little. "Man, you something, how you think you know things." 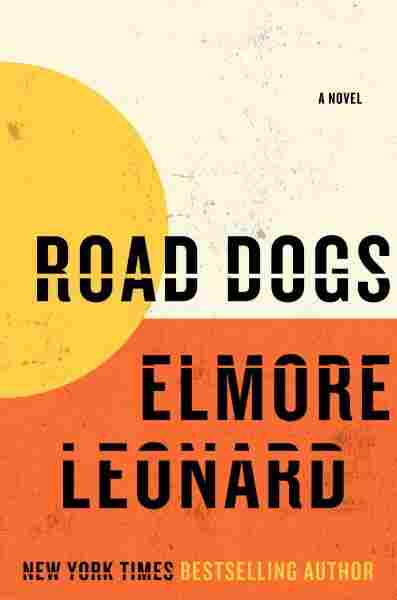